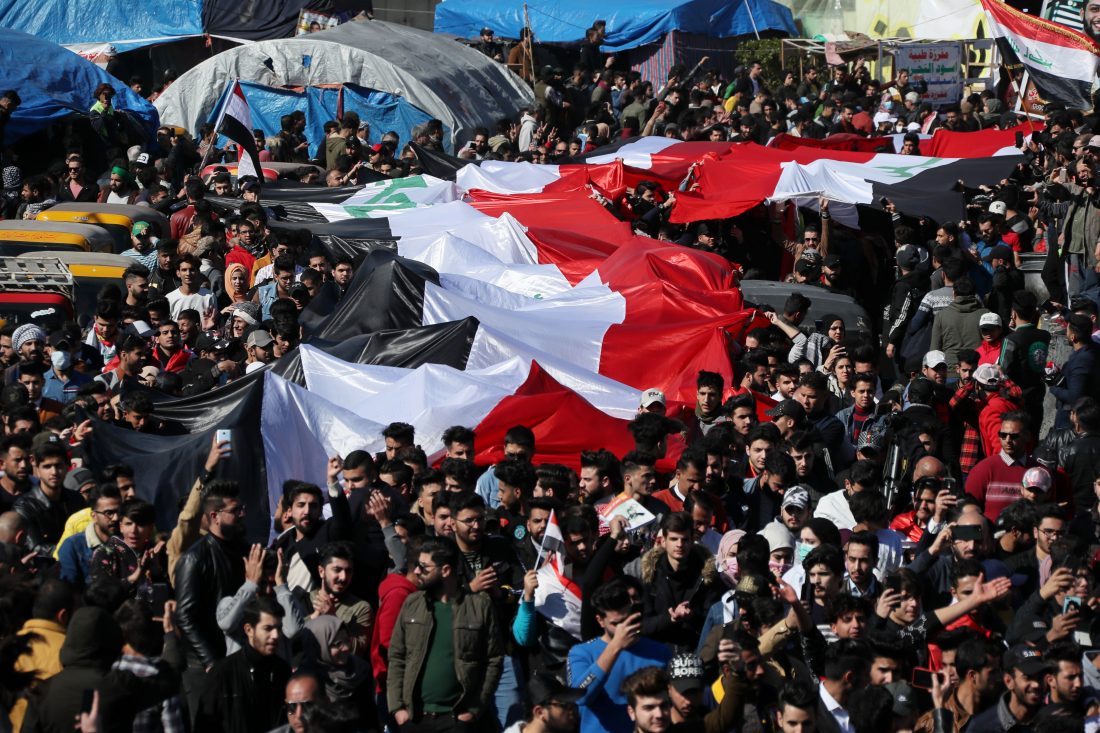 BAGHDAD (AP) — One protester was killed by security forces after hundreds of anti-government protesters flooded the streets of Iraq’s capital and southern provinces on Sunday, defying a powerful Iraqi religious leader who recently withdrew his support from the popular movement.

Separately, five Katyusha rockets crashed into a riverbank near the U.S. Embassy in Baghdad’s heavily fortified Green Zone without causing any injuries or serious damages, a statement from U.S. Joint Operations Command said. One rocket landed inside the embassy walls, an Iraqi security official said. The official spoke on condition of anonymity in line with regulations.

It is the third such attack this month and the perpetrators were not immediately known.

Iraqi Prime Minister Adel Abdul-Mahdi condemned the rocket attack that targeted the U.S. Embassy. In a statement, he asserted Iraq’s commitment to “protecting all diplomatic missions.”

At least 28 demonstrators were reported wounded by Iraqi security forces in the first hours of Sunday’s street rallies.

The mass protests started in October over widespread government corruption and a lack of public services and jobs. They quickly grew into calls for sweeping changes to Iraq’s political system that was imposed after the 2003 U.S. invasion. Iraqi security forces have responded harshly. At least 500 protesters have been killed since the unrest began.

Iraq also has been roiled by U.S.-Iran tensions that threatened a regional war after an American drone strike this month killed top Iranian Gen. Qassem Soleimani near Baghdad.

The U.S. attack pushed the Shiite cleric and political leader, Muqtada al-Sadr, to turn his influence toward demanding an American troop withdrawal and holding an anti-U.S. rally.

Analysts said al-Sadr, who often mobilizes his followers on the street to buttress his political influence, was using the anti-U.S. protest he staged as leverage in political negotiations among Iraq’s elites to select the next premier.

Al-Sadr has long been an unpredictable maverick in Iraqi politics, and is the only Shiite leader who has challenged both Iran and the U.S.

He also dropped his support for the anti-government movement on Friday, a move that analysts said was meant to buttress his political reputation during a time of national turmoil.

But by Sunday morning, it had the opposite effect as protesters pushed back.

Hundreds of protesters, mostly students, marched Sunday through key squares in the capital and southern Iraq to show their continued support for the anti-government movement, despite al-Sadr’s reversal of position.

“The demonstrations have become stronger now because of what happened,” said Zaidoun, 26, a protest organizer in Baghdad.

Many demonstrators chanted slogans against the populist preacher. The movement opposes Iraq’s sectarian system and both U.S. and Iranian influence in Iraqi affairs.

Some protesters were worried, however, that the departure of al-Sadr’s supporters and his militia members from Baghdad’s Tahrir Square, the hub of the protest movement, could spark a renewed security crackdown. Al-Sadr’s followers had been giving protesters protective cover.

On Saturday, hours after al-Sadr’s supporters left protest sites in Baghdad and some southern cities, including Basra, security forces swooped in to clear areas of demonstrators and torch their sit-in tents. At least four protesters were killed in the crackdown, officials told The Associated Press.

The Iraqi High Commission for Human Rights said 12 protesters had been killed in the last 48 hours, with nine of those in Baghdad, and a startling 230 wounded.

By Saturday evening however, and into Sunday, crowds of protesters were returning to Tahrir Square, following calls by anti-government activists.

“In the beginning, when he (al-Sadr) called his followers to leave we were shocked,” said Noor, a protest organizer who gave only her first name for security reasons.

“But by the evening on Saturday, we breathed a sigh of relief.”

The future for the popular movement, she was quick to add, was still uncertain. “No one knows what will happen tomorrow. There will be more attacks — we expect that.” 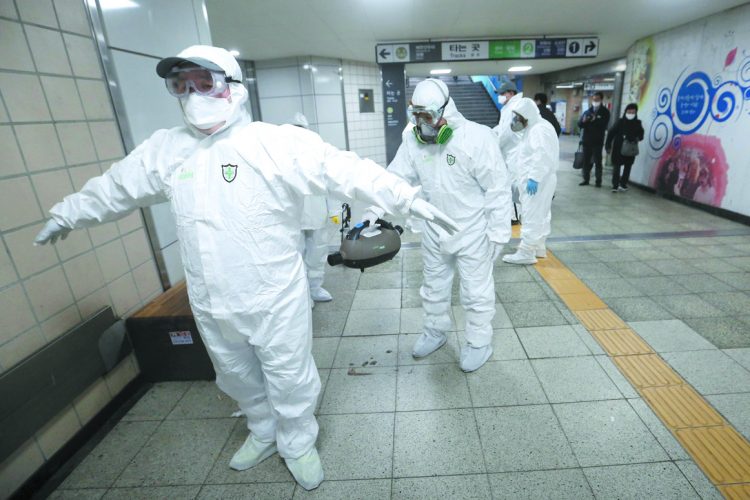 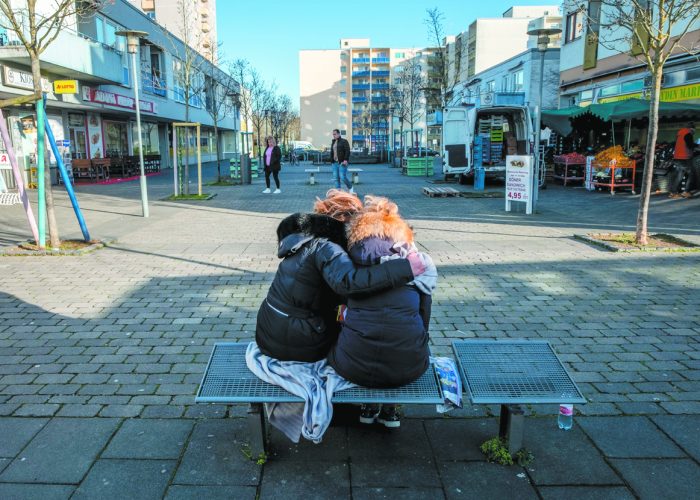