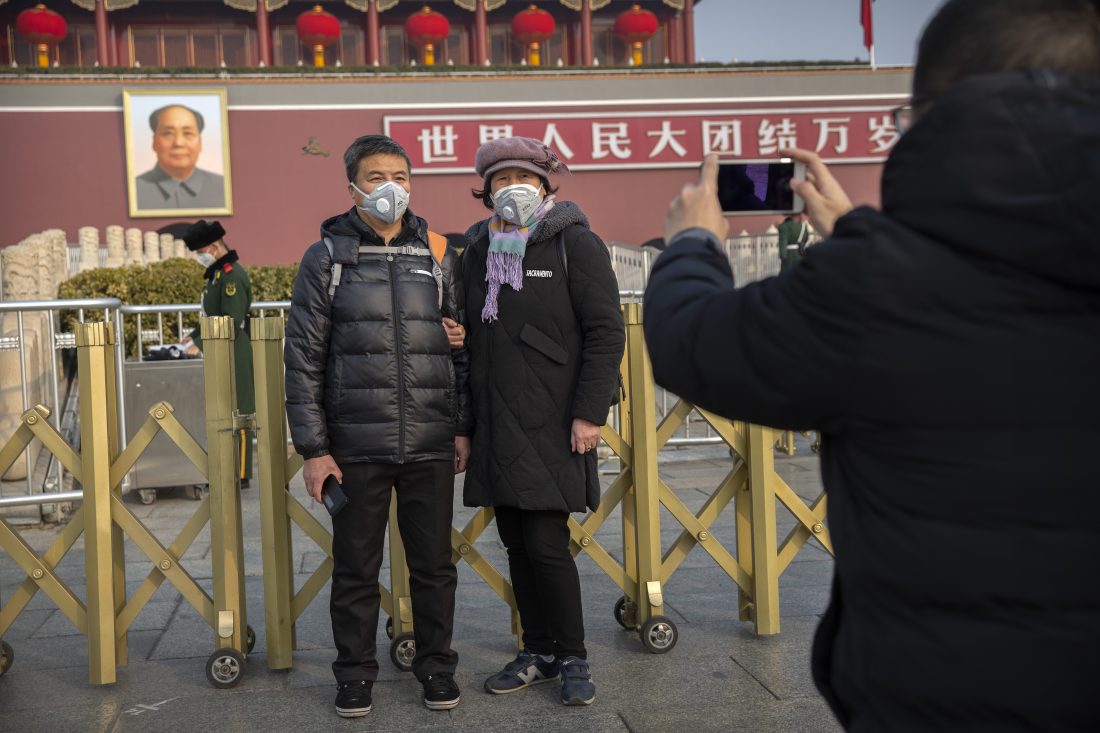 Tourists wear face masks as they pose for photos at Tiananmen Gate adjacent to Tiananmen Square in Beijing, Monday, Jan. 27, 2020. China on Monday expanded sweeping efforts to contain a viral disease by postponing the end of this week's Lunar New Year holiday to keep the public at home and avoid spreading infection as the death toll rose to 80. (AP Photo/Mark Schiefelbein)

BEIJING (AP) — China today expanded sweeping efforts to contain a viral disease by extending the Lunar New Year holiday to keep the public at home and avoid spreading infection as the death toll rose to 80.

Hong Kong announced it would bar entry to visitors from the province at the center of the outbreak following a warning the virus’s ability to spread was growing. Travel agencies were ordered to cancel group tours nationwide, adding to the rising economic cost.

Increasingly drastic anti-disease efforts began with the Jan. 22 suspension of plane, train and bus links to Wuhan, a city of 11 million people in central China where the virus was first detected last month. That lockdown has expanded to a total of 17 cities with more than 50 million people in the most far-reaching disease-control measures ever imposed.

The end of the Lunar New Year holiday, China’s busiest travel season, was pushed back to Sunday from Thursday to “reduce mass gatherings” and “block the spread of the epidemic,” a Cabinet statement said.

The government of Shanghai, a metropolis of 25 million people and a global business center, extended the holiday by an additional week within the city to Feb. 9. It ordered sports stadiums and religious events closed.

Tens of millions of people had been due to crowd into planes, trains and buses to return to work after visiting their hometowns or tourist sites for the holiday. Schools will postpone reopening until further notice, the Cabinet said.

The spread of the illness is being watched around the globe, with a small number of cases appearing in several other countries.

The U.S. has confirmed cases in Washington state, Chicago, southern California and Arizona.

“To get the epidemic under control in Wuhan and the good health of people in Wuhan will be good news for the whole country,” Li told the crowd. “We wish the people of Wuhan a safe, healthy and long life. Let’s go, Wuhan!”

Elsewhere, the Potala Palace in Lhasa, the Tibetan capital, closed indefinitely to tourists on Monday, the government announced. The former imperial palace in Beijing closed Friday until further notice and other major tourist sites also have shut down.

The U.S. Consulate in Wuhan, said it was arranging to evacuate its diplomats and some American citizens on Tuesday. 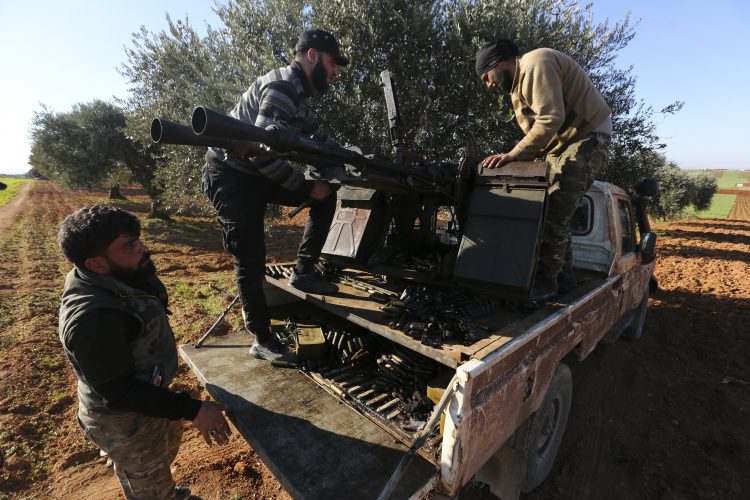 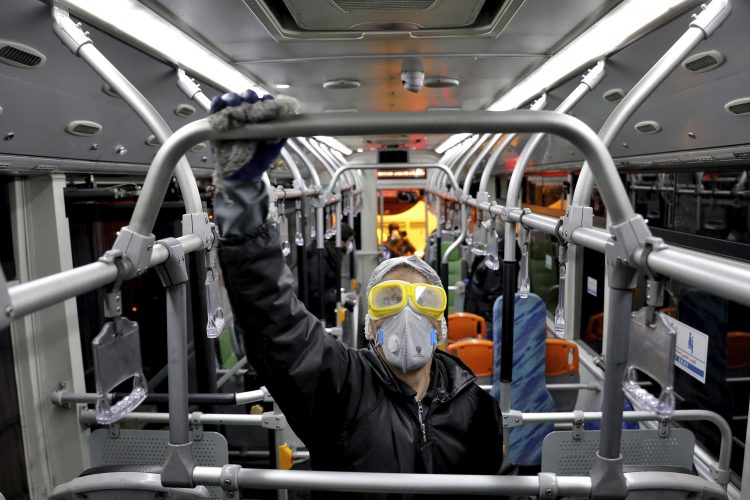 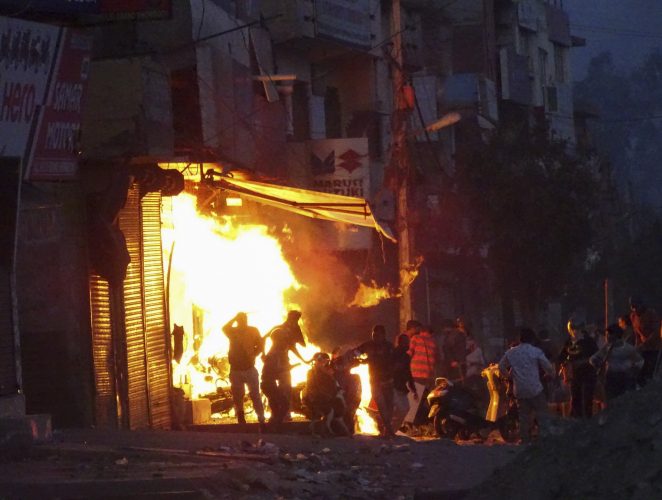