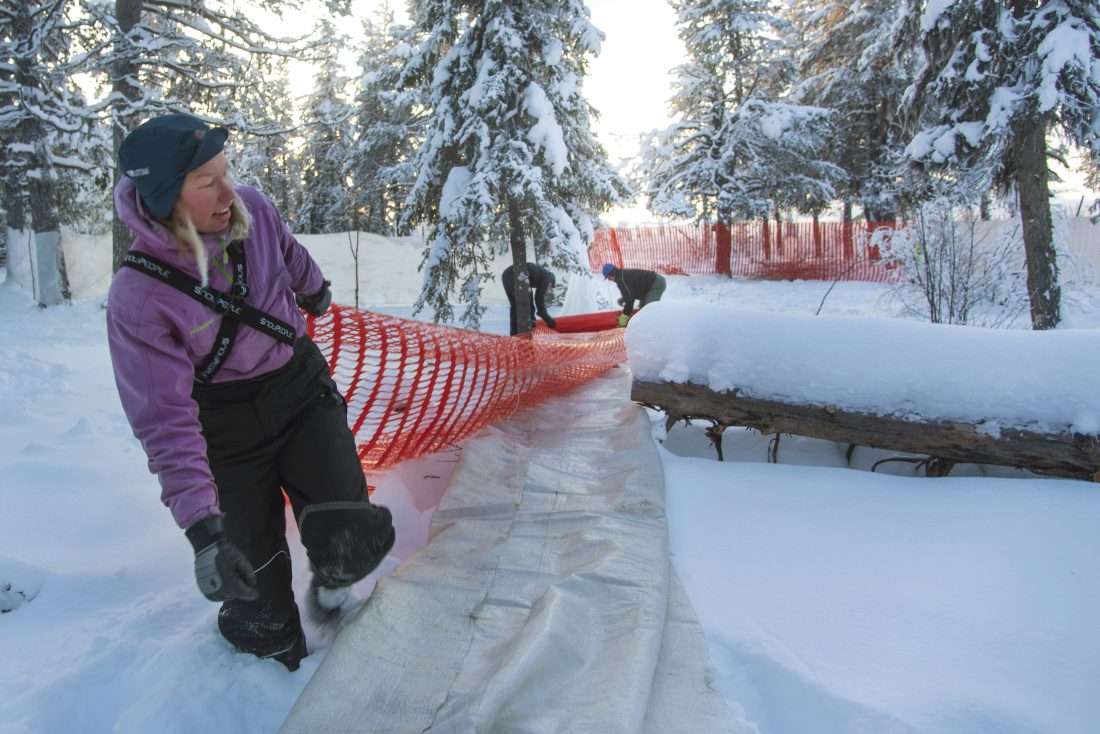 In this Tuesday, Nov. 26, 2019 photo, Sanna Vannar sets up a barrier in the corral outside Jokkmokk to help them load the reindeer onto a truck for transportation to the winter pastures. Global warming is threatening reindeer herding in Sweden’s arctic region as unusual weather patterns jeopardize the migrating animals’ grazing grounds, as rainfall during the winter has led to thick layers of snowy ice that blocks access to food. (AP Photo/Malin Moberg)

KIRUNA, Sweden (AP) — Thick reindeer fur boots and a fur hat covering most of his face shielded Niila Inga from minus 20-degree Celsius (minus 4-degree Fahrenheit) winds as he raced his snowmobile up to a mountain top overlooking his reindeer in the Swedish arctic.

His community herds about 8,000 reindeer year-round, moving them between traditional grazing grounds in the high mountains bordering Norway in the summer and the forests farther east in the winter, just as his forebears in the Sami indigenous community have for generations.

But Inga is troubled: His reindeer are hungry, and he can do little about it. Climate change is altering weather patterns here and affecting the herd’s food supply.

“If we don’t find better areas for them where they can graze and find food, then the reindeers will starve to death,” he said.

Already pressured by the mining and forestry industry, and other development that encroach on grazing land, Sami herding communities fear climate change could mean the end of their traditional lifestyle.

Slipping his hand from a massive reindeer skin mitten, Inga illustrated the problem, plunging his hand into the crusted snow and pulling out a hard piece of ice close to the soil.

Unusually early snowfall in autumn was followed by rain that froze, trapping food under a thick layer of ice. Unable to eat, the hungry animals have scattered from their traditional migration routes in search of new grazing grounds.

Half the herd carried on east as planned, while the rest retreated to the mountains where predators abound, and the risk of avalanches is great.

Elder Sami herders recall that they once had bad winters every decade or so, but Inga said that “extreme and strange weather are getting more and more normal, it happens several times a year.”

The arctic is warming twice as fast as the rest of the globe. Measurements by the Swedish Meteorological and Hydrological Institute show the country has warmed 1.64 degrees Celsius (2.95-degree Fahrenheit) compared with pre-industrial times. In Sweden’s alpine region, this increase is even greater, with average winter temperatures between 1991 and 2017 up more than 3 degrees Celsius (5.4-degree Fahrenheit) compared with the 1961-1990 average.

Snowfall is common in these areas, but as temperatures increase, occasional rainfall occurs — and ‘rain-on-snow’ events are having devastating effects. The food is still there, but the reindeer can’t reach it. The animals grow weaker and females sometimes abort their calves while the survivors struggle to make it through the winter.

“We have winter here for eight months a year and when it starts in October with bad grazing conditions it won’t get any better,” Inga said.

That is devastating to Sami herders, a once-nomadic people scattered across a region that spans the far north of Sweden, Norway, Finland and the northwestern corner of Russia. Until the 1960s, this indigenous minority were discouraged from reindeer herding and their language and culture were suppressed. Today, of the 70,000 Sami, only about 10% herd reindeer, making a limited income from meat, hides and antlers crafted into knife handles.

“Everyone wants to take the reindeers’ area where they find food. But with climate change, we need more flexibility to move around,” said Sanna Vannar, a young herder from a community living in the mountains surrounding Jokkmokk, an important Sami town just north of the Arctic Circle. “Here you can’t find food, but maybe you can find food there, but there they want to clear-cut the forest and that’s the problem.”

The 24-year-old is the president of the Swedish Sami Youth organization and, together with eight other families elsewhere in the world, they launched a legal action in 2018 to force the European Union to set more ambitious targets for reducing greenhouse gas emissions.

Earlier this year, the European General Court rejected their case on procedural grounds, but the plaintiffs have appealed.

“We’ve said we don’t want money because we can’t buy better weather with money,” Vannar said. “We’ve said we need that the EU take action and they need to do it now.”

The EU’s new executive Commission is expected to present a ‘European Green Deal’ on Wednesday, to coincide with a U.N. climate conference in Madrid. 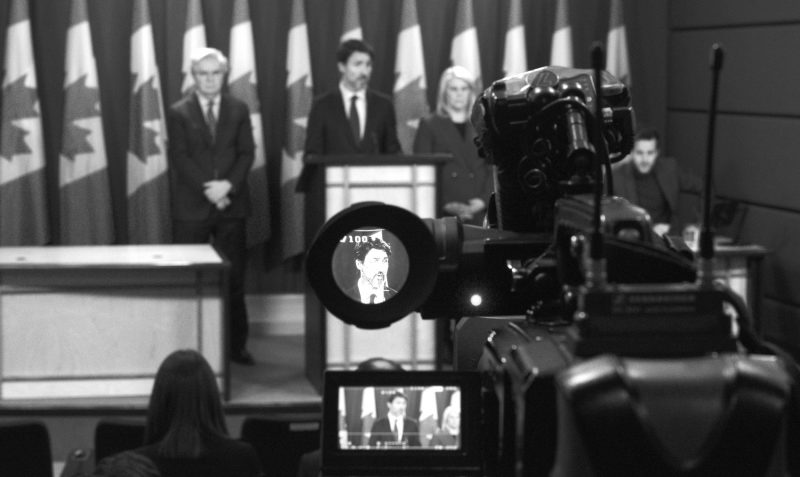 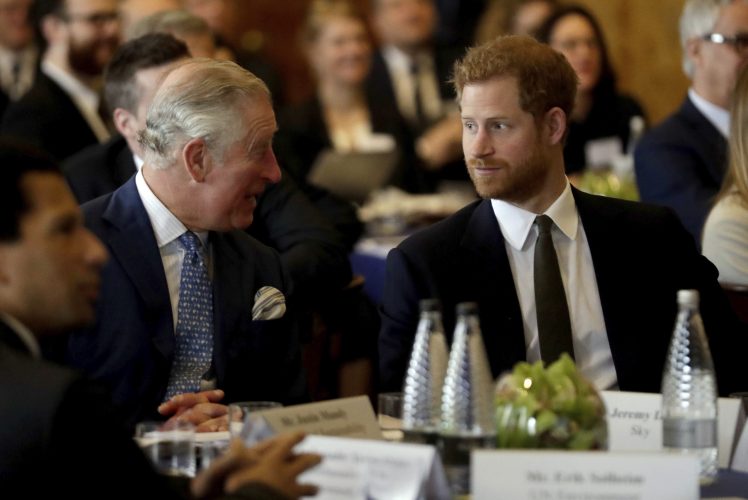