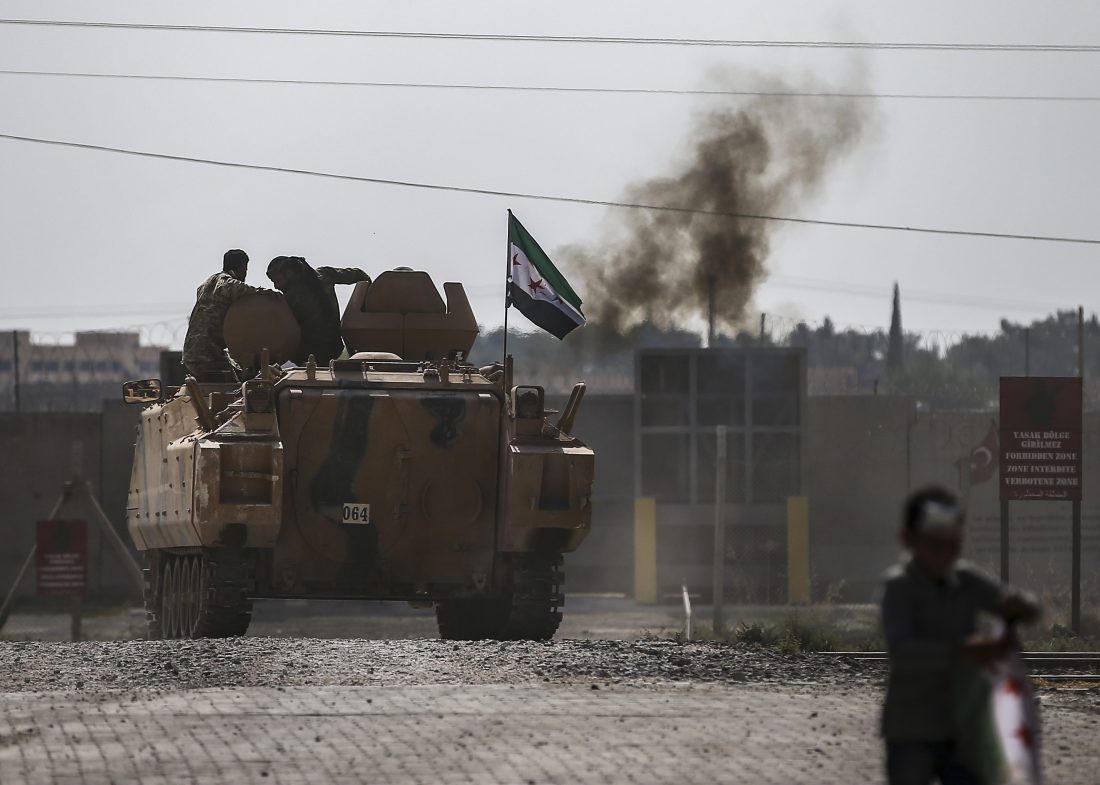 Turkish-backed Syrian opposition fighters on an armoured personnel carrier drive to cross the border into Syria, in Akcakale, Sanliurfa province, southeastern Turkey, Friday, Oct. 18, 2019. Fighting continued in a northeast Syrian border town at the center of the fight between Turkey and Kurdish forces early Friday, despite a U.S.-brokered cease-fire that went into effect overnight. (AP Photo/Emrah Gurel)

CEYLANPINAR, Turkey (AP) — The cease-fire in northern Syria got off to a rocky start Friday, as Kurdish leaders accused Turkey of violating the accord with continued fighting at a key border town while casting doubt on provisions in the U.S.-brokered deal with Ankara.

Turkey’s president warned that Turkish forces would go back on the attack in four days unless Kurdish-led fighters withdraw “without exception” from a zone 20 miles (30 kilometers) deep in Syria running the entire 260-mile (440-kilometer) length of the border.

“Without exception, if the promise is not fulfilled, Operation Peace Spring will resume the minute the 120 hours end with even more determination,” President Recep Tayyip Erdogan told journalists in Ankara.

There was no sign of any pullout by the Kurdish-led forces. They say the deal only covers a much smaller section of the border, about 125 kilometers (75 miles) and haven’t committed to pull out from anywhere.

Some fighters have vowed not to withdraw, calling the accord an “insult to Kurdish dignity” and tantamount to a surrender arranged by the U.S., the former ally that abandoned them to the Turkish assault.

The Kurdish self-administration said some provisions of the cease-fire deal “need further discussion with the United States,” though it did not specify what.

A senior Kurdish politician, Ilham Ahmed, was due in Washington over the weekend to meet U.S. officials.

The cease-fire agreement — reached in negotiations between Erdogan and U.S. Vice President Mike Pence — requires the Kurdish fighters to vacate a swath of territory in Syria along the Turkish border. That effectively means the Kurds would grant Turkey its goals in the offensive and consecrate its control of territory it captured.

Criticism mounted for a deal that President Donald Trump called “a great day for civilization.”

EU Council President Donald Tusk said it was “not a cease-fire, it is a demand for the capitulation of the Kurds” and called on Turkey to immediately halt its operation in northeast Syria. French President Emmanuel Macron called the Turkish operation “madness.”

The U.S. pullout from northeastern Syria has positioned Russia as the main power broker.

Erdogan is to meet Russian President Vladimir Putin in Sochi, Russia, on Tuesday, the day the halt in fighting runs out.

After being abandoned by the Americans, the Kurds agreed with Moscow to allow Syrian President Bashar Assad’s forces to deploy along the border with Turkey to halt the invasion. Syrian forces have already moved into several sites previously under Kurdish control. 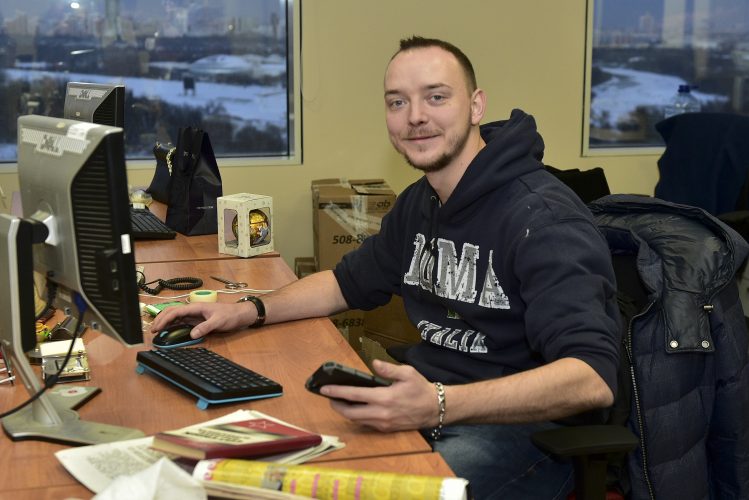 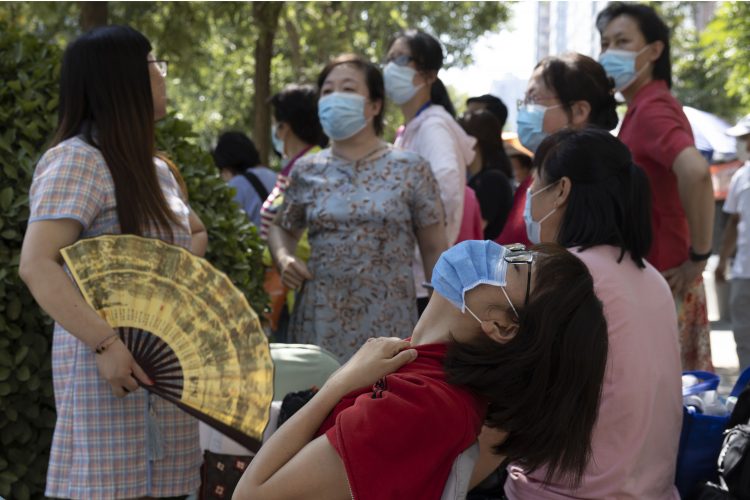