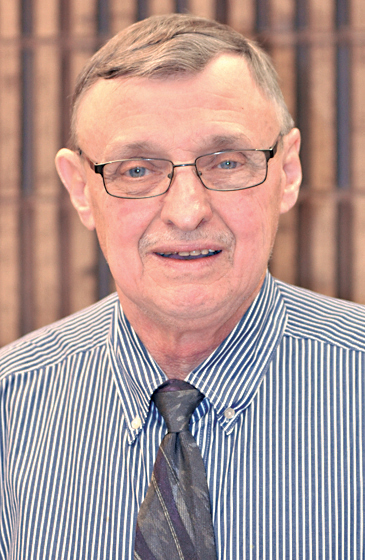 MARQUETTE — With conservative budgeting, Marquette County officials have been working to make the most of the funds the county takes in annually.

The Marquette County Board of Commissioners heard the results of the county’s 2019 audit presented by Anderson, Tackman & Co. PLC during a recent meeting.

According to the audit, the county’s general fund balance increased $1.8 million from the previous year at the close of 2019.

The general fund stood at just over $9.443 million at the close of the fiscal year. This amount is the equivalent of 141 days of county expenditures, Anderson Tackman representative Michael Grentz told commissioners. The goal, he said, is to have a general fund balance that would provide 60 to 120 days of operating revenue in case of emergency.

“When you look at it, you are $1.3 million under budget on your expenditures, And it’s not just one bucket, it’s everybody’s chipping in. Everybody’s getting on board and saying: ‘Here is our budget,'” Grentz said. “Some places say: ‘Here is our budget and we need to spend it all.’ … You’re budgeting conservatively and you are rolling that forward from year to year.”

Although the county’s practices for maintaining a balanced budget have been sound, the news was not all good, he said.

Grentz noted county revenues over the last five years have remained flat, so expenditures have had to match that revenue stream.

County board chair Gerry Corkin said drops in tax revenue, along with unfunded state mandates, have made it increasingly difficult to stay within budget while continuing to provide services to the public.

“In the past, only about 50% of the cost to carry out state mandates for our required services is funded by the state,” Corkin said. “So we are picking up half of what they are telling us to do, OK. And that’s been going on forever. And the responsibility for funding services continues to fall on the local level.”

Corkin also noted that ongoing “dark store” issues — which assert that a retail property’s taxable value should be based on a closed and empty, or “dark store,” building — has reduced taxable valuations of such properties in the county to less than half of the initial assessed value in some cases.

“Most of the taxes … they go up 1%, or 0.75% (annually),” Corkin said. “And then you have the dark stores: how their taxes have been lowered, that has a big effect on the percentage increase in this county.”

Marquette County has also faced a reduction in specific ore tax since the indefinite idling of the Empire Mine in 2016, Corkin said. An iron ore mining property is subject to a specific tax equal to the rated annual capacity in gross tons multiplied by 0.55%, per state statute.

“In the last five years, we have lost over $2 million, plus we lost almost $600,000 in the dark store (situation),” he said. “That is $3.5 million in revenue that the county has lost during the last six to seven years. That is why it is tough to make budgets.”

And changing requirements in the way municipal pension liability is reported has also put a strain on the county budget.

The county’s pension system has been a mix of defined benefit and defined contribution plans since the county closed its defined benefit plan to new hires in 2000, Marquette County Administrator Scott Erbisch said.

According to a U.S. Department of Labor fact sheet, a defined benefit plan, otherwise known as a pension, promises a specified monthly benefit at retirement.

The benefit is commonly calculated through a plan formula that considers such factors as salary and service.

A defined contribution plan, like a 401(k) or a 403 (b), does not promise a specific amount of benefits at retirement, the site states.

And, from the county’s perspective, no long-term liability is accrued.

When the plan was switched over, Erbisch said officials expected the county to realize a downward shift in pension liability within 17 years of the change, but that has not yet been the case.

In fact, the county’s pension liability stands at about $55 million.

“The county was proactive when they made that move to go this route, to put the county in a better position,” Erbisch said. “The decrease that was projected (to begin) in 2017, it has not been realized…We have never experienced a reduction.”

Changes in actuaries — which calculate the required amount of an employer’s annual contribution to a defined benefit plan based on predicted future payout — in recent years have put an additional burden on municipalities such as the county, he said.

In 2019, the county contributed $3.4 million into its defined benefit plan, according to its audit report.

“We work with MERS on our annual payment. Its revised payment will increase (by) $400,000 or $500,000 annually,” he said. “We understand our obligation and know that we have to pay that. But we want to do something that works for all involved.”

Amid the COVID-19 pandemic, the county is also anticipating a reduction in revenue from sources such as its airport and jail, as well as state revenue sharing and fees collected. However, past budgeting practices should help, Erbisch said.

“We feel that we are in a better position to work through some of the challenges that are coming our way,” he said.