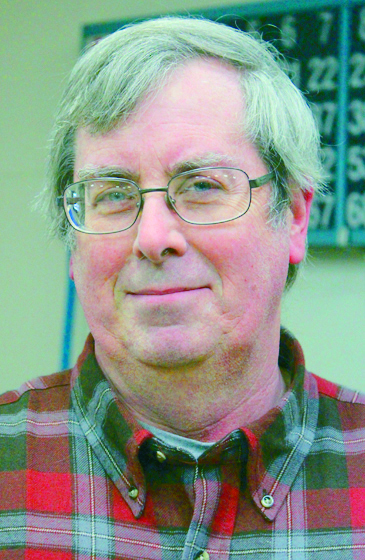 ISHPEMING — The city of Ishpeming will take safety precautions in light of the COVID-19 pandemic as it resumes inspections of rental units within its jurisdiction.

The Ishpeming City Council approved the resumption of rental dwelling inspections with appropriate personal protective equipment consisting of a mask, gloves and booties. The motion also calls for additional space on the rental form to allow the tenant to opt out of an inspection with cause. Tenants would only be allowed to opt out of a rental inspection once, according to the motion.

The city’s ordinance governing the inspection of residential rental dwelling units requires its code enforcement officer to inspect each rental every three years to renew that unit’s certificate of compliance.

William Malmsten, who co-owns the Ridge Street and Town and Country Apartments in the city, sent an email to city staff and councilors stating, in part, that the inspections present an “unnecessary problem none of us needs right now.”

“The letter I received notifying me that the city would be inspecting some of our tenants’ homes was just the standard notification letter,” Malmsten wrote. “There was no acknowledgement of the coronavirus at all. There were no assurances that precautions would be taken to avoid infecting our tenants with the coronavirus during the inspection.”

City Manager Craig Cugini told councilors that he felt obligated to resume inspections in order to ensure the health, safety and welfare of city residents, although he acknowledged that the apartments managed by Malmsten were very well kept.

“There hasn’t been an issue with his apartments to my knowledge,” Cugini said. “He is a very good landlord. Unfortunately, we have to treat everyone equally.”

During an interview following the meeting, Mayor Mike Tonkin agreed that Malmsten is “one of the best landlords in the city,” but he said the city has to do inspections.

“With today’s action, of course, we will be using the full required protection. Which is the main thing that I was concerned about,” he said. “We don’t want to take any city employee and throw them in someone’s home that doesn’t protect from spreading the virus like he should. Because we are responsible for hopefully not spreading this all through the community. So that is the first priority.”

Tonkin said delaying rental inspections until there is a vaccine or a treatment for COVID-19 is not feasible due to health and safety concerns related to living conditions in rentals within the city.

Tonkin referred to a fire at a rental on Maple Street on June 8 as a prime example because there was a previous fire at that same address in December 2017.

Fire Chief Jason Annala said during the interview that one of the things noted during the June 8 fire was the lack of smoke detectors in the building, which the landlord would have been cited for during an inspection.

“We have a problem with certain landlords that don’t bring their facilities up to par,” Tonkin said. “(And) we have to be so careful about people playing the system, and there are plenty of them that do that.”