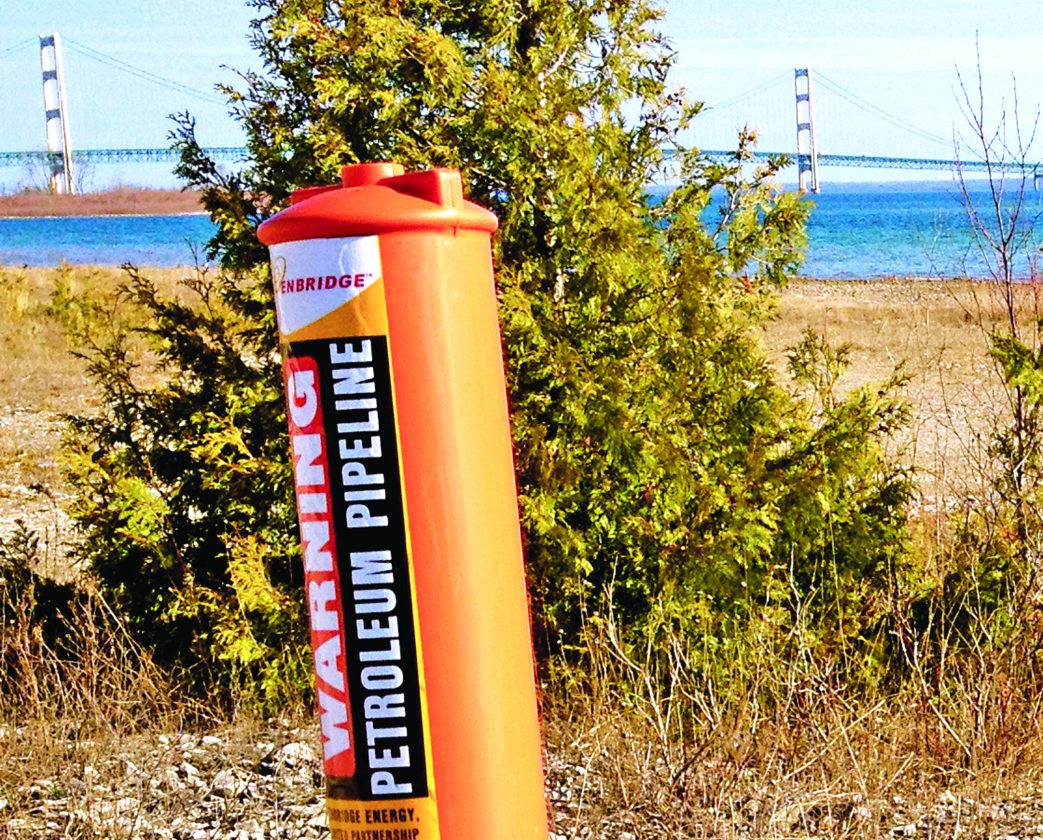 A marker for Enbridge’s Line 5 near the Straits of Mackinac is pictured. (AP file photo)

TRAVERSE CITY — A Michigan regulatory panel on Tuesday refused to grant quick permission to run a new oil pipeline beneath a channel that connects two of the Great Lakes, deciding instead to conduct a full review.

Enbridge filed an application in April with the Michigan Public Service Commission to relocate a segment of its Line 5 that extends beneath the Straits of Mackinac, which links lakes Huron and Michigan.

The Canadian energy transport company wants to replace dual pipelines that rest on the lake floor with a new pipe that would be placed in a 4-mile-long tunnel to be drilled in bedrock beneath the waterway.

Enbridge asked the state commission to approve the plan immediately, arguing that the agency in effect had already given permission by allowing the original Line 5 in 1953. But during an online meeting Tuesday, the panel disagreed on a 3-0 vote.

Members concluded that the proposed tunnel pipe differs substantiallyî from the twin pipes that were laid 67 years ago, requiring a new easement and a 99-year lease of public trust property.

The project “involves important factual, policy and legal issues best resolved through a proceeding that includes discovery, comprehensive testimony and evidence to provide a robust record,î” the commission said in a statement. It scheduled a public hearing for Aug. 24.

Enbridge’s argument that the commission didn’t need to conduct an extensive study of the plan drew opposition from Michigan Attorney General Dana Nessel and numerous members of the public who submitted written comments and spoke during the online meeting.

“Enbridge has already shown that they cannot be trusted,î” said Sean McBrearty of the environmental coalition Oil & Water Don’t Mix. The public service commission, he said, “must thoroughly study this proposal and its potential impacts on our water and climate before making their final ruling.”î

Enbridge spokesman Ryan Duffy said Enbridge “respects the Michigan Public Service Commission’s decision and we look forward to the next steps in the regulatory process.î”

The commission made its decision as Nessel’s office and Enbridge prepared to face off in a state courtroom over a judge’s temporary order last week to shut down the existing Line 5 pipes because of recently discovered damage to a support anchor.

Circuit Judge James Jamo was scheduled to hear arguments Tuesday on whether to extend the order or allow oil to resume flowing through the pipes. 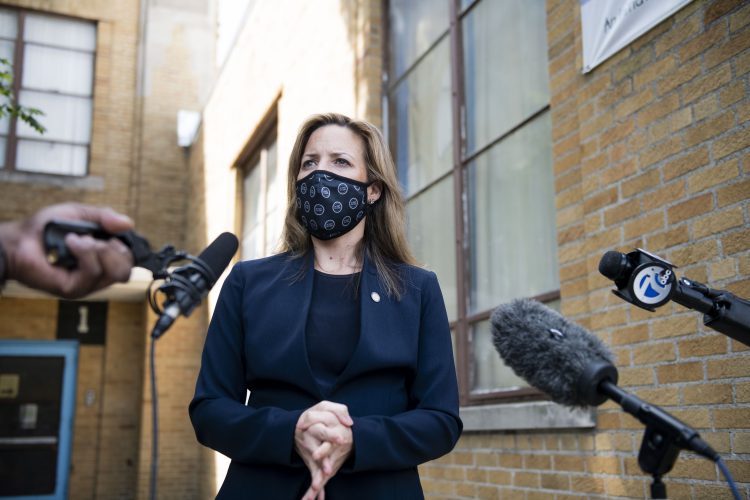 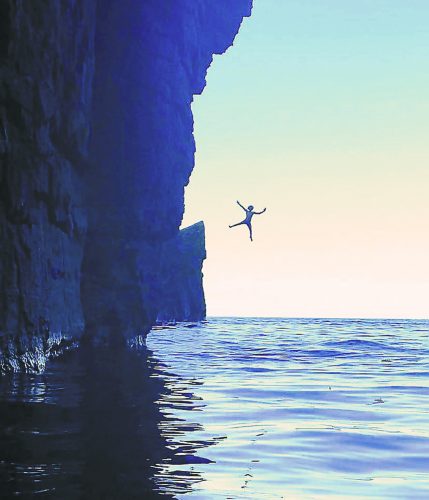