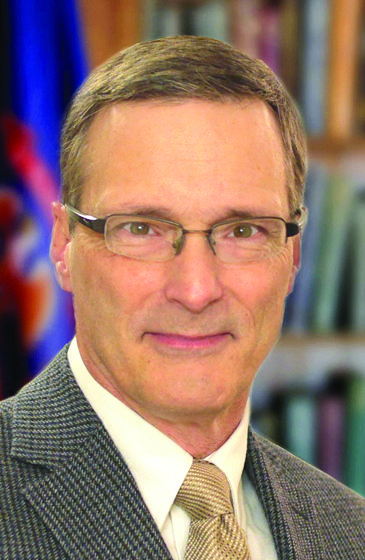 MARQUETTE — After months of negotiations, leaders of the Northern Michigan University Chapter of the American Association of University Professors announced Thursday it agreed to a one-year contract.

If approved by the membership, the contract will freeze salaries and give university administration an option to impose one furlough day each month. It also calls for deep cuts to overload pay and to compensation for teaching summer courses.

According to NMU-AAUP President Dwight Brady, the cuts amount to over $1.5 million.

“Our compensation consistently ranks near or at the bottom among public universities in the state of Michigan,” Brady said. “We began negotiations back in January hoping to change that with a new five-year contract. Of course, the COVID-19 crisis came along and created an extraordinarily difficult climate for negotiations.”

The administration had originally asked faculty to take a potential 9.6% reduction in pay along with a 20% cut to retirement contributions and additional cuts to compensation for faculty earning promotions.

“The NMU faculty believe in shared sacrifice to get through this challenging year, but we were not going to allow long-term cuts that would have lasting impacts through someone’s entire career,” Brady said.

“Our faculty believe strongly in helping NMU, the Marquette community, the U.P. and beyond,” Farkas said. “In service to the university, members have volunteered countless hours of time toward course adjustments and emergency planning committees for fall 2020 preparation,” Farkas said. She said faculty’s efforts have contributed to NMU being ranked as the only Upper Peninsula school in Michigan’s top “Tier 1,” according to an Educate to Career ranking adapted for the COVID-19 climate.

In service beyond the university, Farkas said faculty members collaborated to develop and produce acrylic hoods that cover patients to help prevent the spread of COVID-19. They also donated to the Makerspace Fund to help produce shields at local high schools and sent funds to a cooperative of 16 schools making shields in lower Michigan.

A ratification meeting is set for 11 a.m. Tuesday, with Brady encouraging the membership to vote yes.

“This contract isn’t pretty, but we can live with it,” Brady said. “It meets our primary objective of shared sacrifice in short-term concessions, while minimizing long-term harm to our members.”

The NMU-AAUP looks forward to continued solidarity with all NMU unions and labor unions across the U.P. as it looks to next year’s contract talks.

“We appreciate the hard work of the negotiating teams and how the faculty are demonstrating their dedication to the students and the university,” said Fritz Erickson, NMU president, in a statement. “We look forward to completing the process soon and focusing on a successful return to campus this fall.”