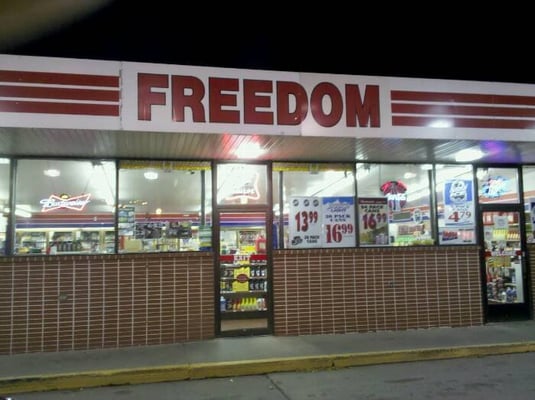 The Freedom gas station in the city of Marquette is pictured. (Courtesy photo)

MARQUETTE — A Marquette man was arrested on a felony armed robbery charge and jailed after police responded to an armed robbery complaint just before 6:30 this morning at the Freedom Gas Station along West Washington Street in Marquette.

The suspect, identified by police as Milton Cecil Demarest, 59, of Marquette, had reportedly handed over a note with a threat that he was armed and to give him money, but the employee at the station refused to comply with the note and the suspect left the store.

The Marquette City Police Department apprehended Demarest without incident a few moments later along the 400 block of West Washington Street.

Demarest was armed with a switchblade knife, but the weapon was never brandished at the time of the incident, according to a press release from the Marquette City Police Department.

Demarest was lodged at the Marquette County jail for the felony charge of armed robbery but an arraignment date has not yet been set, police said.