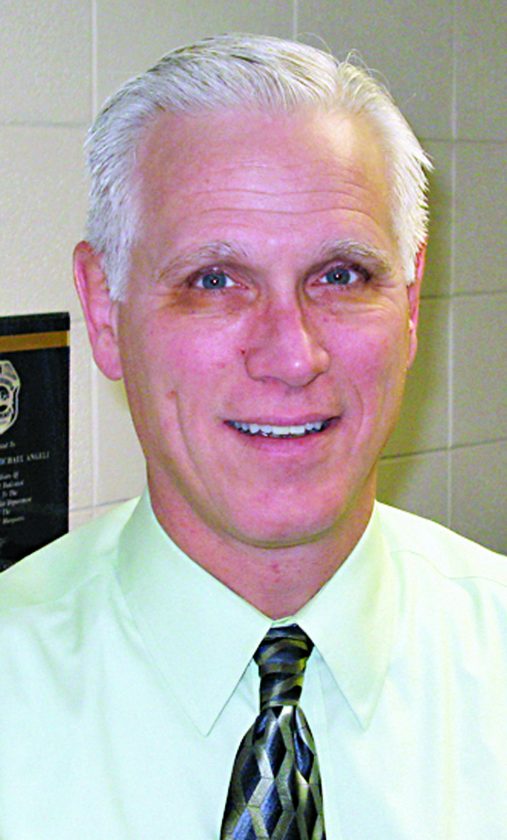 MARQUETTE — With a partial reopening of the Upper Peninsula and Traverse City regions taking effect Friday as part of Gov. Gretchen Whitmer’s MI Safe Start Plan, many area residents might be wondering what’s in store for their municipality, as cities, townships and villages the have the option to take a more cautious approach under the governor’s order.

Due to this, administrators in local cities and townships are now discussing how they will proceed in light of Executive Order 2020-92, which was signed by Whitmer on Monday.

Though cities, townships and villages are allowed to take a more cautious course than outlined in Whitmer’s order, Marquette City Manager Mike Angeli said in an email he does “not foresee the need to be more restrictive with regard to what the governor is allowing.”

“We do have a reopening plan in place that is based in large part on the timing of the governor’s executive orders,” Angeli said. “We also believe that it is important to work with the other municipalities within the county to coordinate how and when we reopen.”

The city of Marquette still needs to make decisions on the specifics though, Angeli said.

“The administration is still working through these details with input from the (Marquette City) Commission,” he said. “However, I think we all agree that we need to move ahead in step with the governor’s executive orders.

Overall, Angeli said it will be important for all to proceed responsibly with the collective good in mind.

“I think we all agree that much of our success moving forward (reopening) will be based on how responsible the public is in general,” he said. “As opposed to when the COVID-19 situation first started, I believe we all know more now than we did then on how best to interact with each other and handle the virus. It’s up to all of us to make it work.”

Chocolay Township Manager Bill DeGroot said he feels the move will be great for local businesses.

“It shows a lot of leadership by the governor,” DeGroot said. “To look at certain segments across the state and to be able to evaluate the impact of COVID versus the impact of trying to restart our local communities. I think it’s great that (the Upper Peninsula) as one of the areas to get going again and potentially start moving back toward what I will call a new normal because obviously this has changed people’s lives forever.”

The governor’s order, which goes into effect at 12:01 a.m. on Friday, gives local municipal leaders some latitude on how businesses might reopen.

DeGroot, like most administrators who were asked to weigh in, said he did not intend to modify the implementation of the order in their municipality.

“We allow it in our ordinances to have the outdoor operations, so by all means, our local business should have the opportunity provided that they have the land space to be able have outdoor eating areas or outdoor gathering areas to respect social distancing and hopefully make it profitable for them to come back,” Degroot said. “Chocolay Township does not have a building department or a health department, so you know, that’s contracted with the county. So those types of things, as far as our policies are concerned, as long as people are observing social distancing and they are being normal patrons of a restaurant and not trying to overcrowd it or overrun it, then we are going to hopefully have an enjoyable weekend.”

“I expect that we are going to continue to abide by executive order(s) (2020-) 91 and 92. Both of those contain the language about social distancing, they contain the language about limiting the number of patrons in the business and they still talk about remote work if at all possible,” Girard said. “So from our government operational standpoint, nothing will change until the 28th (of May). From a business standpoint, I think the businesses have been waiting for some kind of an opportunity for them to open back up. The smaller ones like Michaels, and things such as that. The restaurants that have been doing strictly carry-out and drive-throughs. There have been really long lines for carry-outs, especially at dinner time. If they can mitigate that somewhat by having limited interior seating, then I think they will be happy with that. Those that have not been doing drive-through or delivery or curbside might have a hard time covering their costs if they open.”

Ishpeming City Manager Craig Cugini said he will continue to support local businesses both as a local resident and in his profession, but maintains that the city cannot dictate what they do.

“We are not going to change what the governor is saying specifically. I am excited for the business owners, and I think that enough of them (are) making a stand for themselves that they are at least getting along,” Cugini said. “I don’t have the ability to influence stores opening, closing, changing their occupancy letters or codes, and I shouldn’t be in that business as a city manager. But I am in the business of supporting our local business. All along I have been trying to at least go out and get lunch from our local businesses and talking to business owners and trying to help them get grants or available funding through the SBA (Small Business Association) and all of those things. I have been doing my part to help but staying within the limits of what my job entails.”

Negaunee City Manager Nate Heffron said that while he is pleased that businesses will be allowed to reopen, he hopes businesses and patrons will exercise caution.

“The governor’s order stands as it is, and we are not planning on going any further than what the governor is putting out there for our region right now. It’ll be interesting to see what happens,” Heffron said. “I mean, the numbers are kind of in the U.P.’s favor right now, where there have not been as many individuals contracting the disease and passing it. But certainly, there remains a concern, I think, across the U.P. Folks need to be diligent on making sure that those who are open adhere to what the governor’s standards are and try to protect their staff as much as they can, as well as their patrons. And on the patrons’ part, they need to be respectful of the business’s staff and make sure that they, not only are doing the same thing that would be expected of the staff, but also be cognizant that the situation is still a real threat, and maybe just be a little patient, I think.”

Negaunee Township Manager Nick Leach said he expects the order could lead to more progress in Marquette County municipalities, but not quite yet.

“Our office will remain closed to the public but we will use this signal from the governor to move into tier (two) of a three-tiered reopening plan that we along with many other local municipalities have been working on,” Leach said. “(The) biggest change here will be reopening our sport fields. However, recreation amenities will continue to be closed and/or limited.”

While the executive order specifically gives cities, townships and villages the option to take a more cautious approach, Marquette County Administrator Scott Erbisch said the county would not be enacting any further orders as such decisions are made by the health department.

“It would boil down to rules or orders provided by the county health department, which they are an arm of us, but those would be potential guidelines they would be working on, if in fact, they felt that they were warranted above and beyond what’s already out there with the executive orders,” Erbisch said. “The health department has the ability to authorize orders in circumstances in which there is a public health crisis.”

Erbisch is grateful the governor is taking a regional approach in re-engaging the economy and hopes businesses that do choose to reopen their doors do so safely, he said.

“I feel the people of Marquette County are mature enough to do the right kinds of things to protect themselves and others and can operate in a safe manner,” Corkin said. “It’s very important to the country to have businesses reopened, being able to put people back to work and they can earn some revenue to pay their bills. That’s what makes the world go round so it’s not sustainable long term to have everything shut down. We have to get people to try to operate in as safe of a manner as they can and get society working again.”