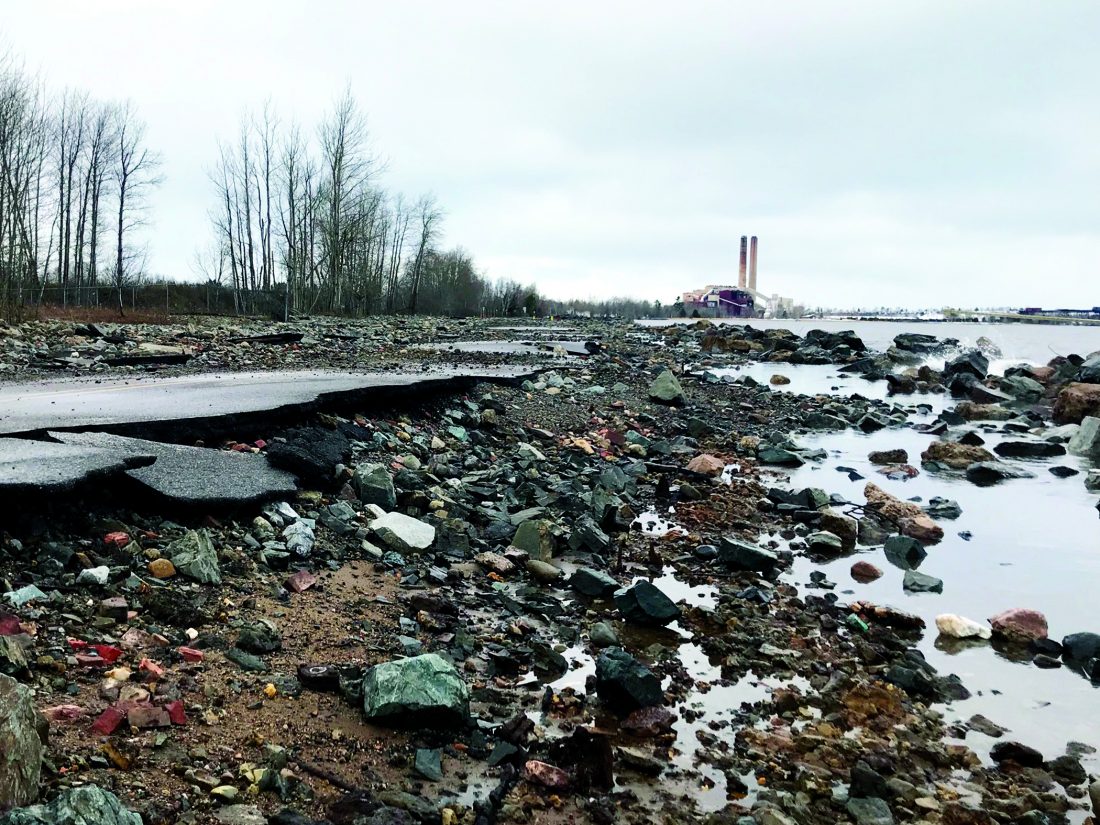 A stretch of Lakeshore Boulevard in the city of Marquette is seen. The roadway was badly damaged by fall and winter storms in 2019. Now, the Federal Emergency Management Agency has awarded the city funds to relocate the roadway west, away from the shoreline. (Journal file photo)

MARQUETTE — The city of Marquette has received grant funds from the U.S. Department of Homeland Security’s Federal Emergency Management Agency to help rebuild Lakeshore Boulevard, which is currently under construction.

The grant of $2,025,000 in Pre-Disaster Mitigation funds will help support the relocation project for a section of Lakeshore Boulevard that will help address erosion, flooding from Lake Superior and prevent coastal infrastructure damage and limit public safety concerns, officials said.

The project consists of two phases: phase one includes the relocation of the road and phase two incorporates shoreline restoration.

The results will increase the buffer area between Lakeshore Boulevard and Lake Superior, allowing for more natural adaptation and stormwater infiltration in the coastal zone. The land between the roadway and the lakeshore will be graded to provide floodwater storage and greenspace and allow public access to the lake.

Phase one, which already kicked off, is anticipated to finish mid to late summer with phase two taking place later this year or spring 2021, Marquette City Manager Mike Angeli said.

With the help of the Superior Watershed Partnership, the city of Marquette applied for the grant two years ago and since then, has been working with FEMA to discuss information about the relocation project, Angeli said.

“It’s something that’s really helpful for us to finance a section of roadway and a shoreline restoration that I believe is very important to the community. It’s one of those areas of Marquette that’s highly traveled and visited by locals, not to mention tourists that come through the area,” Angeli said. “… It’s kind of an uninterrupted drive, so it’s really unique in that sense. And I think it’s something that the community really, really wants to see.”

PDM provides funds to state and local governments to implement long-term hazard mitigation measures. Through these grants, FEMA will pay 75% of the $2.7 million eligible project cost, while the remaining 25% of the funds, which is $675,000, will have to be matched by the city of Marquette, Angeli noted.

“It helps with our financing a great deal. If you recall, the other grant, the Fish & Wildlife Foundation grant, that we received that was $2.5 million with a $3 million match from us was the beginning of the construction to help move the road and this supplements everything that we’re doing there because we anticipate the total bill for the road moving project and shoreline restoration to be anywhere from $8 (million) to $12 million,” he said. “So this will really help us get to where I think we need to be to do a proper job.”