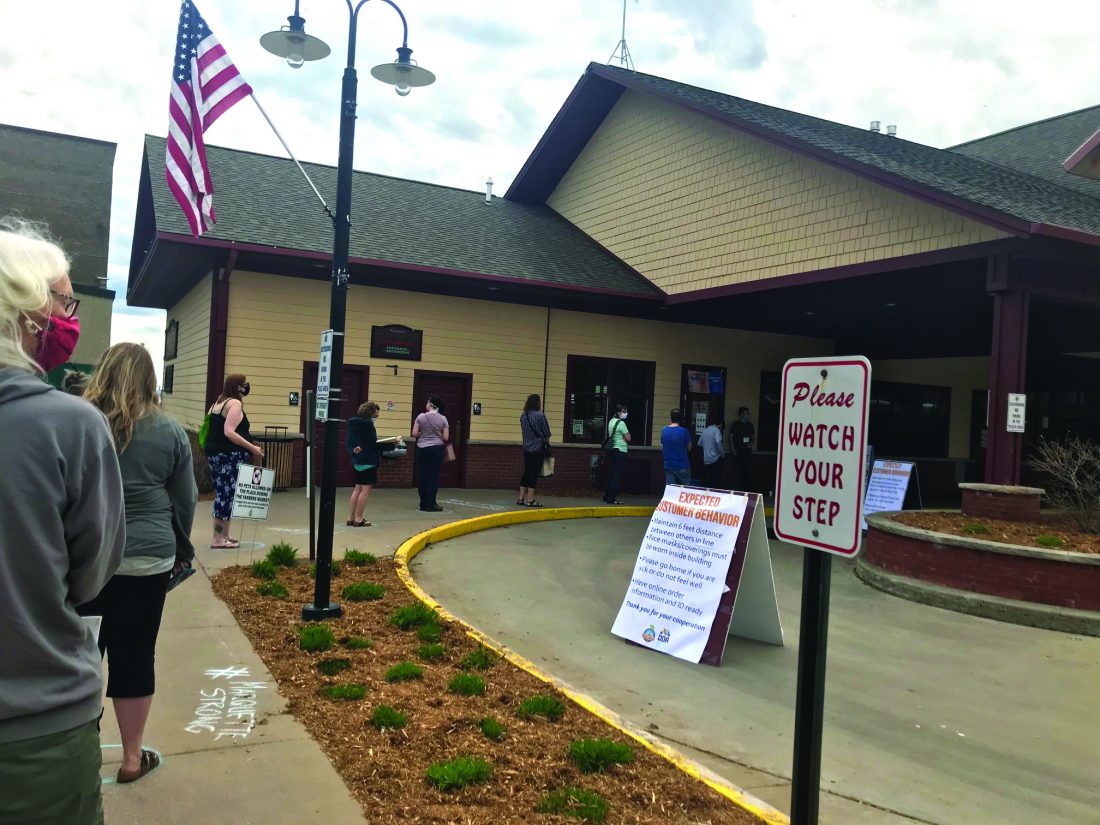 The Saturday Downtown Marquette Farmers Market attracts a good number of people who took advantage of the new online marketplace put in place during the COVID-19 pandemic, with social distancing observed. (Journal photo by Christie Mastric)

The meeting, live-streamed via YouTube, addressed the pandemic’s impact on the city’s finances, businesses and what the projections are for the city moving forward.

Marquette Chief Financial Officer Gary Simpson discussed some of the financial concerns in a presentation where he noted that since the COVID-19 pandemic hit the nation and state, a great deal of economic uncertainty developed.

When things fall quickly, it takes much longer for them to climb back up, Simpson said, and with Michigan’s economy being shut down for more than two months, the impacts are going to be negative.

The current projection is that Michigan’s economy will be 90% recovered by the end of 2022, he added.

“So as you can imagine, COVID-19 has drastically altered the economic outlook and we’ve certainly been in a recession and some people are even calling it a depression,” Simpson said, adding, “But what separates this from the 1930s event is that this is due basically to one event: COVID-19. Back in the late ’20s and early ’30s, they were dealing with quite a few different factors. So maybe this won’t be quite as bad as what they’re saying, but we just don’t know.”

Out of all the states, Michigan received the hardest blow because of its reliance on the auto industries, according to reports from the University of Michigan.

Though the economic news is bad, three major federal COVID-19 bills have been introduced so far to help address the current situation, including the Families First Coronavirus Response Act, CARES Act and the Paycheck Protection Program and Health Care Enhancement Act.

Rebecca Salmon, executive director of the Marquette DDA said that when the pandemic hit the community, the MDDA maintained ongoing communication with businesses and conducted two business surveys to gauge and monitor the economic impact of COVID-19.

Within the survey results, they found cause for major concern regarding the outlook for businesses but there are “some glimmers of hope,” Salmon said, adding that no business has had to close yet.

However, only 3% of businesses feel fully comfortable reopening their business, she said.

“Specifically, as of April, 76% of our downtown businesses have lost 75% or more of their revenue. For May, we’re looking at 68%, which is a slight improvement,” Salmon said.

The MDDA holds on to hope as it continues to monitor the outlook of upcoming events, such as Music on Third which is scheduled for Aug. 20 and Sept. 17.

The MDDA is also considering a Downtown Drive-in and will announce a date once more information has been collected, she said.

One of the MDDA’s larger promotional efforts is “Brighter Days Ahead,” in which two billboards– one in Munising and one in Menominee — help keep Marquette’s brand and message out in the public, featuring downtown businesses that display a message of hope for the future as well as highlighting families, friends and neighbors who are the “lifeblood” of Marquette’s locally owned small businesses, Salmon added.

During the meeting, one of the major topics of discussion was the idea of closing sections of Washington and Third streets to enhance business operations and seating by moving onto sidewalks.

“(The) 100 block of Washington closure is something that seems kind of interesting to think about but maybe is not something we can make happen tomorrow,” Mayor Jenna Smith said. “… The things we’ve put in place have a chance to succeed and I’m worried taking on too much could be difficult.”

Salmon also noted that the potential plan to close down that block has several factors and logistical issues to consider before moving forward such as emergency services, handicapped accessibility, liability, enforcement, parking availability and delivery operations with trucks.

Another concern mentioned by Salmon was how might officials delineate sections of the sidewalk where one building houses three to four businesses.

“I think it’s a major public safety concern. We’ve canceled all these community events like we mentioned earlier so are we risking, encouraging people to congregate downtown, almost creating a festival-like atmosphere? … Let’s not forget the COVID-19 threat is still out there. And so I think we need to be very careful with how we move forward with that,” Salmon said.

The biggest impact to Marquette will be lost revenue, which could be as high as $1 million. Lost revenue from sources such as Tourist Park, marinas, Lakeview Arena, other parks and recreation areas, combined with lower billable flows for water and sewer and the overload of summer event cancellations, are likely to be a big part of the impact, Simpson noted.

The state is delaying its budget process as much as possible and will do another revenue estimating conference in late August or early September when things will be laid out more clearly, he added. 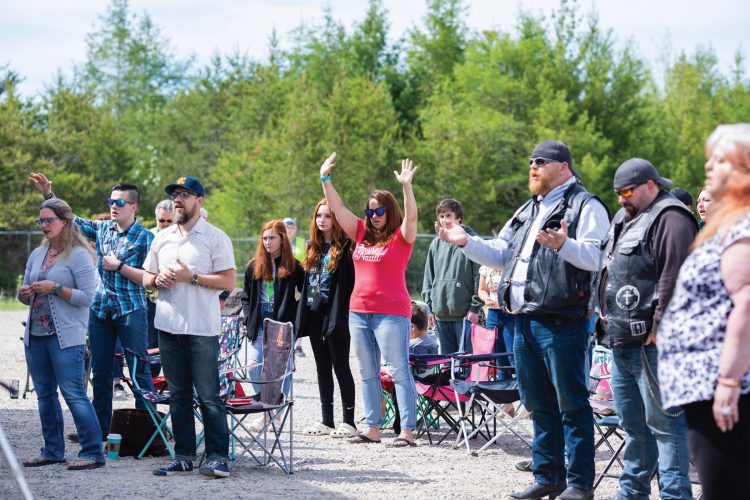