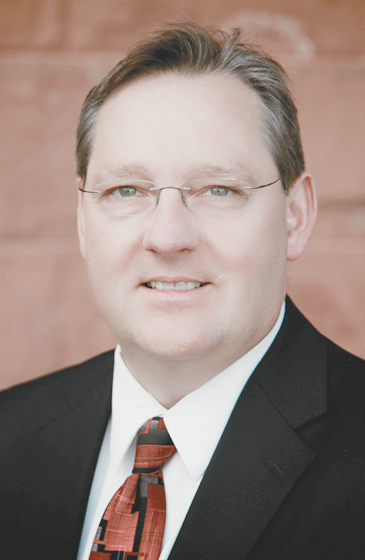 Marquette County Sheriff Greg Zyburt and Wiese released a response rejecting the proposal stating that the proposed resolution was not legally enforceable.

Wiese presented his position to the board during the public comment portion of the last meeting.

“I support the Second Amendment and I will follow the law as interpreted by the courts and I will follow the constitution which is my oath as a sworn prosecuting attorney,” Wiese said. “One thing I’d like to mention is if there were a law passed that people felt restricted their First Amendment free speech rights, it wouldn’t be up to me to decide if I follow that law or not. It would be up to me to enforce that law until the courts make a decision that (that) law is unconstitutional or not. Likewise, I’m part of the executive branch of government and as such, I don’t make law and I don’t interpret law. My duty is to enforce the laws that are put out there in the public.”

He added that if a law was perceived as infringing upon or violating Second Amendment rights, the law would quickly be challenged in courts.

Both Wiese and Zyburt made their opinions publicly known and are willing to discuss the matter further with the Marquette County Second Amendment Sanctuary County Group.

During the meeting, the board also approved a five-year extension to an agreement with U.P. Office for county photocopiers 4-to-1 with Commissioner Bill Nordeen casting the dissenting vote.

The terms of the extension would include nine new photocopiers and three pieces of equipment for equalization efforts.

“Eighteen percent for 2019, which we had one million-plus black and white impressions would equate to about $4,700 worth of annual savings in 2019 if we did an extended version,” said facilities manager Aaron Karlstrom. “We basically pay for what we use and the price per impression is really fair and really good, so staff recommendation is to continue five-years which the contract allows us to do for renewing an agreement with U.P. Office.

Nordeen noted his reservations in extending the current agreement.

“I’m a big believer in bidding everything out. I don’t have any problem with U.P. Office, matter of fact they do all our stuff at our office too, but I think that you bid everything out, you keep everything honest and we have a policy in Marquette County to bid everything out,” Nordeen said. “I think we should bid it, especially electronics because it changes so quickly and there’s so many different things out there.”

Nordeen and Commissioner Karen Alholm believed the policy to be anything over $10,000 had to be bid out. The photocopier agreement is roughly a $30,000 deal, they said.

Karlstrom said it would take hundreds of hours of staff time to bid, remove and implement new systems.

“It’s my recommendation to stay with them, but there is a daunting task that is going to have to occur just from an initial specification writing on this, an initial implementation and a lot of my time and a lot of IT time to get this all to work,” he said. “Not saying we can’t do it, I’m here just giving you the option.”

Corkin said if the project demands a lot of staff time, putting it out for bid won’t save the county any money.

The board agreed to vote in favor of the extension but asked for civil counsel to review the agreement and see if the county policy on bidding needed to be waived.

The board also voted to:

≤ Passed a resolution stating that the Emergency Management and Safe Schools programs should remain with local units of government instead of being overseen by the Michigan State Police.