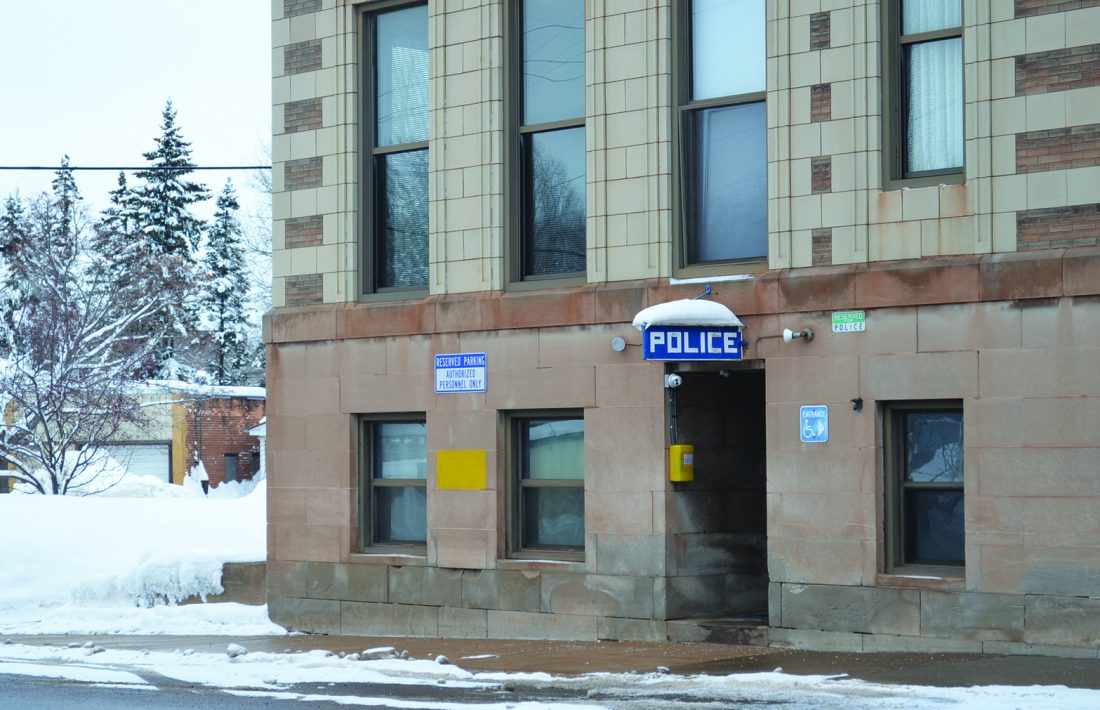 The Negaunee Police Department along Case Street in Negaunee is pictured. The Negaunee City Council will consider hiring a police officer to increase department staffing levels during its regular meeting tonight at 7 at the Negaunee Senior Center. (Journal photo by Lisa Bowers)

NEGAUNEE — The Negaunee City Council will consider amending its 2020 budget to hire a police officer during its regular meeting tonight at the Negaunee Senior Center.

Officials say the Negaunee Police Department is able to provide adequate police coverage at this time. However, with the retirement of former chief Jay Frusti, who was replaced from within by interim Chief Pat Ketola, the recent retirement of a second officer, a third officer who is on an extended medical leave, and a fourth who obtained a position with a different police department, the NPD is down to six officers.

“We are at full staffing at 10 officers,” Ketola said in a phone interview Wednesday, “and as of right now, we are able to handle radio traffic and patrols.”

He said the department is in the process of hiring a replacement for the officer that left due to other employment, but even that addition would leave the department with less than ideal staffing when warmer temperatures will increase activity in the city.

“During the summer months when the tourist traffic picks up, that’s when we want to make sure we are fully staffed,” Ketola said.

If the council agrees to hire an officer, that would staff the department with eight full-time officers.

City manager Nate Heffron said in a Wednesday phone interview that city leaders expected to replace the two retiring officers, most likely with the 2021 budget. His request to the council will simply be to fill one of those positions earlier than planned.

“We felt at the time that it was appropriate, that we had adequate police coverage, and that is what we are trying to do,” Heffron said.

He estimates that if the council agrees to hire another officer, it will cost the city about $60,000, which will be redistributed from other parts of the budget.

“Because of our fiscal policy we are required to move money from other departments to cover the cost,” Heffron said. “It will affect a few projects, but none that are major.”

He said the move has the additional benefit of reducing the cost of overtime.

“(The current situation) is, by nature, producing overtime,” he said. “And we want to make sure we can cover shifts if someone gets sick or other unforeseen circumstances (arise).”

The council will also consider the implementation of advanced metering infrastructure for resident’s electrical service.

If the five-year plan is approved, the city will begin installing meters for larger consumers of electricity this spring followed by residential customers from 2021 to 2025.