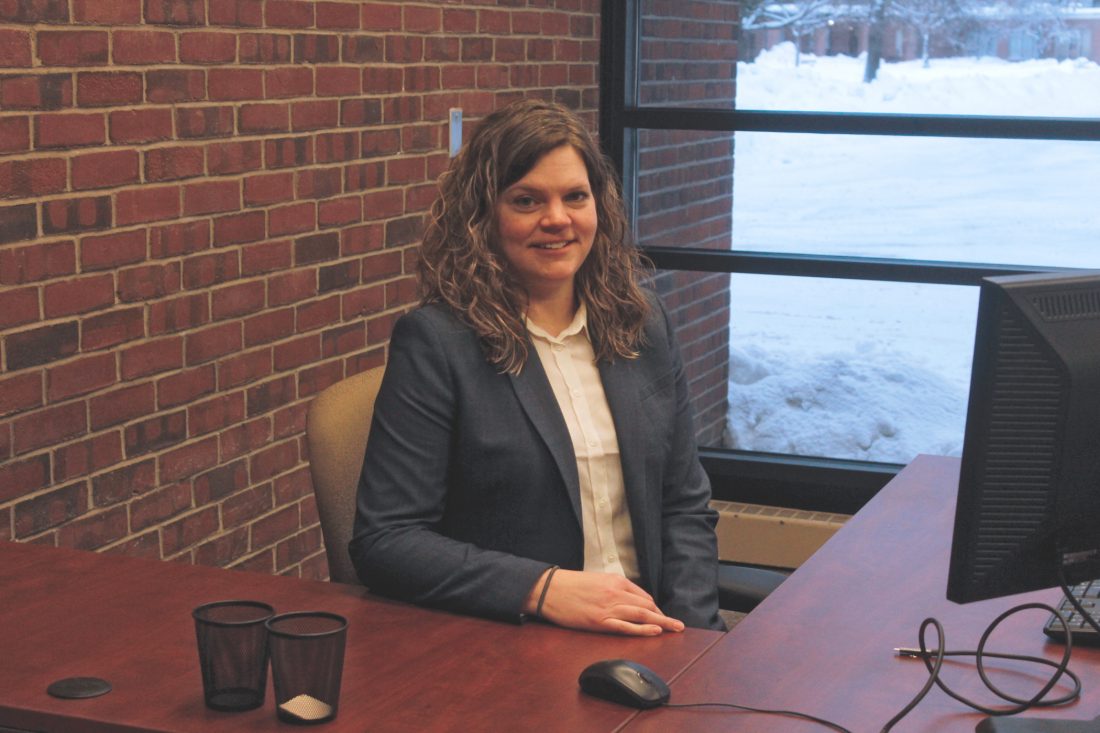 Jessica Pelto will be the first full-time assistant attorney general staffed at an Upper Peninsula office in over a decade.

The Marquette-based office opened in 2014 and is located on Northern Michigan University’s campus. Previously, the office had been used by attorney general staff visiting the area for official business.

“The Department of Attorney General defends other state departments and their employees in a variety of litigation,” Pelto said. “The majority of the work that the U.P. attorney general’s office handles are cases filed by (Michigan Department of Corrections) offenders against the MDOC and its employees, which makes sense given the number of prisons here in the U.P., and I will be working for the MDOC Division of the Attorney General’s office on those cases to help reduce costs and better serve the citizens here in the U.P.”

An assistant attorney general in Marquette will provide MDOC employees with an attorney who is local and easily accessible, she said.

Pelto comes from a public service-oriented family and background, having worked in private practice, as well as for the Delta County Friend of the Court. She also served as the Delta County chief assistant prosecuting attorney.

Most recently, she worked under the Michigan Indigent Defense Commission grant in Delta County, representing individuals at their initial court appearances. She also administered the court-appointed attorney program in Delta County.

Pelto grew up in the U.P. and enjoys riding her two horses, Reba and Mary Jane, in her free time.

She graduated from Rapid River High School and went on to receive her bachelor’s degree from NMU. Pelto then obtained her law degree from Cooley Law School in Lansing.

Serving as a part of the Michigan Attorney General’s Office in the U.P. is a “dream come true” for Pelto.

As she begins her work in the Marquette office of the Michigan Attorney General, Pelto hopes to show the value of having an office in the U.P.

“At least right now, my goal is to show Lansing they were absolutely right to put resources into a full-time office here,” Pelto said. “There is absolutely a need, and my goal is to establish this office in such a way that it will be here for a long time.”