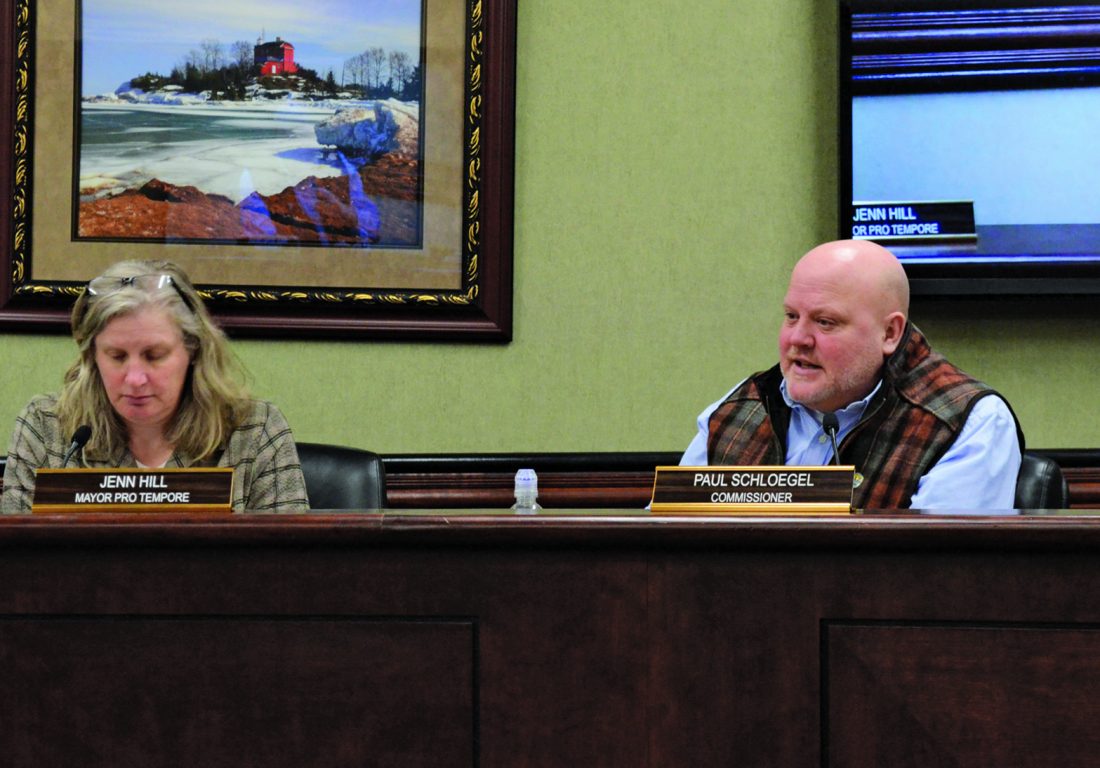 Commissioner Fred Stonehouse motioned the approval of Ordinance #688 to amend the land development code, and Commissioner Evan Bonsall seconded the motion. Those amendments under the ordinance have been reviewed and revised and were presented to the commission by the Marquette Planning Commission at a Jan. 29 work session.

The work session proved effective and the commission is now taking the next step in the process of approving these land development code amendments, Stonehouse said.

“The planning commission has put in a terrific amount of time into working out the details for the document,” Stonehouse said. “They’ve done an extraordinarily good job to find the balance out of the conflicting requirements … I think now is the time we accept the ordinance as written and like all ordinances, we have the opportunity at a later date to go back and change it, tune it.”

Before the roll call vote, a public hearing was conducted where only one community member spoke with concerns about the smell marijuana establishments might project into the community.

At the Jan. 29 work session, Joy Cardillo, chair of the Marquette Planning Commission, noted that marijuana establishments will be equipped with exhaust systems but it’s not 100% certain whether those systems will emit a smell.

Commissioner Paul Schloegel said that this next step is not going to satisfy everyone in the community, but it is vital moving forward.

“The land development code revision has been amended and changed from its initial major renovation that has been done the last couple of years. And it’s already being amended as we moved along the certain areas that we found that might be tweaked and that’s exactly what’s going to happen here,” Schloegel said. “We go back and we take everybody’s thoughts into consideration, bring it back the proper way that should be done through the right channels and try to make changes we see fit; if they are good for our community, and that we are looking out for the health and welfare of those people that our neighbors.”

Commissioner Andrew Lorinser made a motion for the commission and city staff to revisit the ordinance and land development code amendments in one year; the motion passed unanimously in a roll call vote.

The motion was made to see if there will need to be any changes made to the ordinance, so Lorinser motioned the commission gain recommendations from the Marquette Planning Commission by March 2021.

Though the process to adopting and approving these amendments has been long and extensive, it’s important to continue these discussions, Bonsall said.

“This is really a process of learning for everybody. We’re doing our very best with the city. Of course, there will be things we can revisit fully,” Bonsall said.

Individuals and prospective businesses will be able to apply for adult-use recreational marijuana licenses beginning on March 1. Sales for those establishments can begin after those licenses are approved, which carry a $5,000 fee as determined by the commission.

Commissioner Schloegel made the motion to approve the adult-use marijuana license fee, and Commissioner Pete Frazier seconded the motion; the commission conducted a roll call vote, unanimously approving the fee.