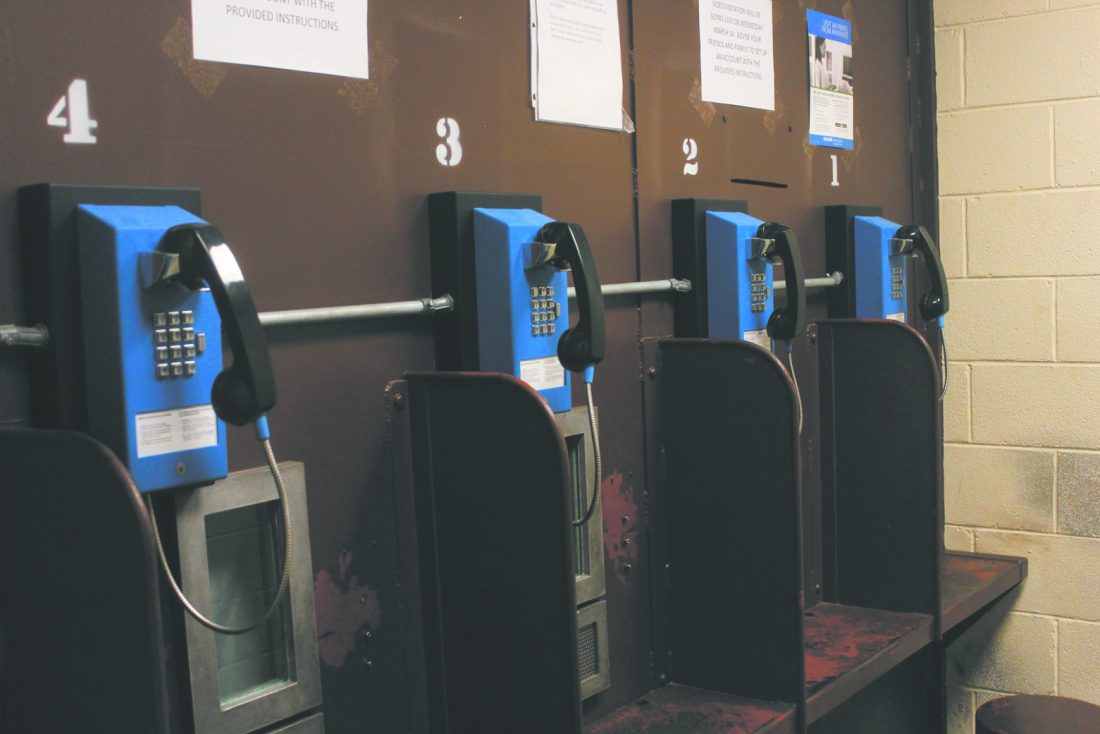 MARQUETTE — The Marquette County Jail is facing an inmate overcrowding problem and the sheriff’s office, magistrates and judges are looking into possible solutions.

The Marquette County Jail was built in 1975 and originally intended to house just 62 people. In the 1990s, the jail was remodeled into a dormitory-style 80-bed facility, which can also house up to 10 federal inmates. The jail is a three-story facility with blocks on each floor where inmates are classified by the severity of their crimes, the county website states.

While it’s an 80-bed facility, anything over 72, or 90% full, is considered overcrowding, according to Undersheriff Dan Willey. The average daily population at the main jail in 2019 was 88 inmates, he added.

Sheriff Greg Zyburt said the jail can be comfortably run with 80 inmates.

“It’s perfect, it’s good for staff, it’s good for inmates, they can do all the programming, but once you start getting over 80 and once you start getting toward 100 we’ve got people on cots in the dorms. They’ve gotta sleep on cots, there’s more people in the holding cells, more people in the observation cells,” Zyburt said. “We’re double and triple bunking in a cell, which is just not safe.”

The sheriff’s office does have another facility to house inmates — sometimes referred to as the Mangum Farm — the Marquette County Detention Center. The working farm was formerly run by the Michigan Department of Corrections, but was closed nearly 15 years ago.

“It sat there idle for years and we were having horrible overcrowding, so we went to them and we rented the Mangum Farm for $1 a year,” Zyburt said. “We put a half a million dollars into it to make it for our purpose, and what we have out there is a dormitory-style jail and we have work release for people who have a job, go to work, come back, they live there for their sentence.”

Various programs are offered to the inmates at the farm, such as Alcoholics Anonymous, how to keep a checkbook, parenting programs and more, he added.

Last year, the farm averaged 31 inmates a day, but the facility can only house non-aggressive, non-assaultive inmates with misdemeanors; or minimum security inmates.

There is a state law on jail overcrowding, but because there is both the county jail and the detention center, the state sees the maximum capacity of the facility as 160 inmates, which keeps the sheriff’s office from enacting the state law on overcrowding, Willey said.

Because Marquette County has the only federal court in the Upper Peninsula, the U.S. Marshal contracts with the sheriff’s office to house inmates in the county jail. While the sheriff’s office is compensated well to house them, Zyburt said, this caused the jail population to “explode” for eight months last year.

“We would have assaults, prisoners assaulting other prisoners, prisoners assaulting our corrections officers, and I got a hold of the U.S. Marshal and said, ‘You need to take your people out,'” Zyburt said. “It got to the point where it was so bad, we called Alger County (and asked), ‘Do you have any room?’ So we got rid of our federal prisoners and we were renting space from Alger County and at one point, we had about 113 in this jail. It’s a tinderbox waiting to go up in flames with all these different personalities.”

“We weren’t prepared for that, but we just got into a place where we had to do it,” he said.

The state may also ask the county jail to house inmates for them, but the amount they are compensated from the state does not cover the cost, Willey and Zyburt said. To house one inmate at the Marquette County Jail for one day, it costs around $65, but the state pays roughly $35 per inmate per day, they explained.

“Our food costs are up, health, our medical goes through (the roof),” Willey said. “Once someone is here, they lose all their Medicaid funding, so guess who gets to pay for them if they’re sick, if they get injured, anything like that?”

All inmates must have medical evaluations done within a certain number of days at the jail. The county contracts with a medical company to provide a full-time nurse, visits from a nurse practitioner, 24-hour access to doctors over the phone and a mental health evaluator.

In 2019, $250,000 was budgeted for health services, but the actual amount spent far exceeded that, Willey said.

“Because of all the medical care we had to give and the hospital runs and everything, we spent $370,000 on medical costs,” he said. “It’s crazy, but we have to take care of their needs.”

The increased jail population can mainly be attributed to increased numbers of charges relating to methamphetamine and sexual offenses, Zyburt said. These types of charges were also noted as a cause for the county prosecutor’s increased caseload over the last several years.

The recent loss of a circuit court judge in the county contributes to the overcrowding problem, as it causes a backlog in cases, which is taxing for the court and the jail, he added.

There has been talk of adding another floor to the current facility to deal with the inmate population, but overall, the jail is an outdated structure, Zyburt said. Instead of a centrally located control center or a more podular layout like most modern jails, the Marquette County Jail has to staff each floor for supervision of inmates, making for a more labor-intensive system, he added.

“They’re half the size population-wise, yet they have twice as big of a facility,” Zyburt said.

To combat jail overcrowding and the other problems that come with it, the sheriff, judges and magistrate are currently working on a jail management plan.

The plan includes various ways to divert individuals from the jail, such as placing eligible offenders on tether until their court dates, working with pretrial services, reviewing on a case-by-case basis, bond reform and releasing on personal recognizance bonds.

While the jail management plan may offer a more long-term solution to the overcrowding problem, it is still a work in progress. For now, “We just go day by day and try to manage what we have to make it safe for the employees and the prisoners, and do our best,” Zyburt said.

While a new jail could be the solution to the overcrowding at the Marquette County Jail, building one would be an arduous and expensive process, Zyburt said.

According to the Marquette County website, the sheriff’s office currently “serves about 65,400 residents and is responsible for patrolling the 1,873 square miles that make up Marquette County, as well as covering the county’s 1,573 miles of streets and roads.”