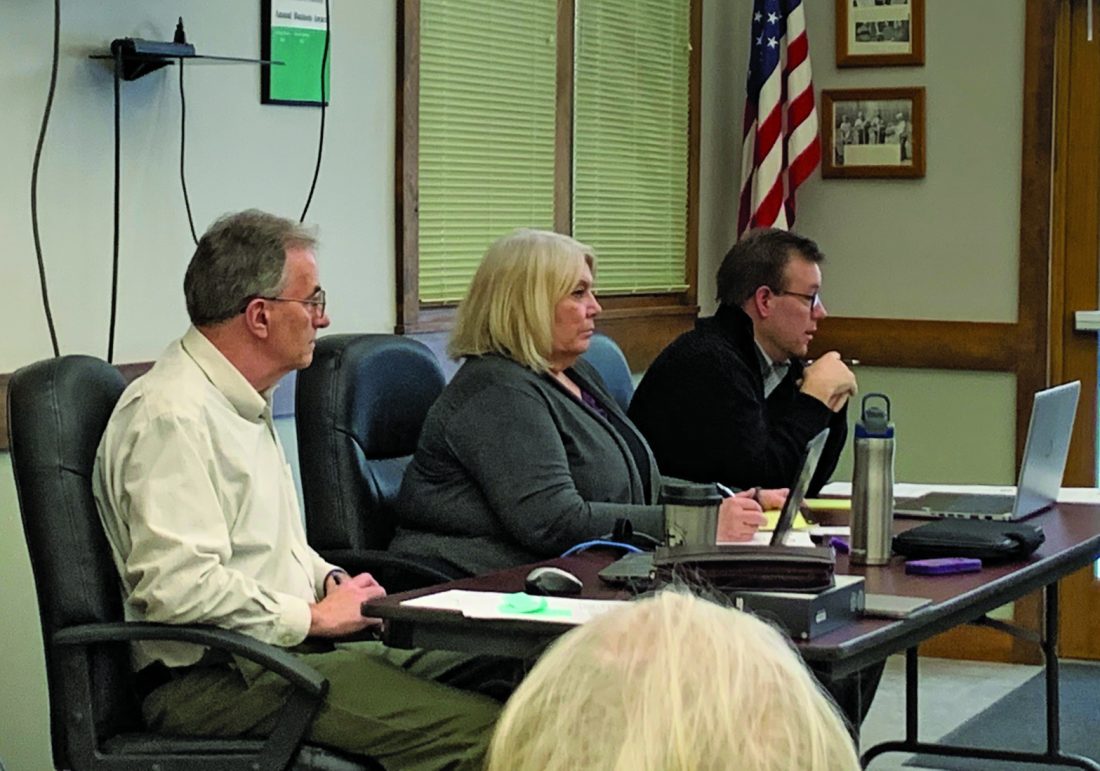 Chocolay Township Manager Bill DeGroot, right, updates the board on the township sewer project during a meeting on Monday as township staff looks on. (Journal photo by Lisa Bowers)

MARQUETTE — Chocolay Township will pursue up to $3.5 million in bonds to complete its upcoming sewer project.

On Monday, the Chocolay Township Board unanimously approved a resolution to authorize a notice of intent to issue bonds for a project to restore the township’s five sewer lift stations and three grinder stations. The project is expected to begin in April or May, Township Manager Bill DeGroot said.

The bonds will be issued through the State Revolving Fund loan program, which is administered through the Michigan Finance Authority, the resolution states, which requires the township to publish its intent to issue them in the local newspaper.

The bond will be repaid in no more than 20 annual installments with revenue from the township sewer fund.

Some of the lift stations, which are used for pumping wastewater from lower to higher elevations for approximately 700 residences and businesses, were placed into service in the mid-1970’s, DeGroot said in a phone interview today.

“I think for Chocolay Township the project is important. We have lift stations right now that have exceeded their useful life. They are over 40 years old,” DeGroot said. “Our public works department has done a marvelous job maintaining them over the years.”

DeGroot said that the age of the equipment, for one, makes spare parts difficult to find.

A township sewer asset management plan finalized in 2018, led to an increase in sewer cost, part of which will be used to pay off bonds issued by the state.

Officials expect the revenue bonds to be sold to the Michigan Finance Authority in connection with the Michigan Department of Environment, Great Lakes, and Energy Clean Water Revolving Fund program, DeGroot said.

According to the township notice, the bonds will be issued “without a vote of the electors” unless a petition requesting a vote on the matter signed by “not less than 10% of the registered electors” within 45 days after the publication of the notice.

The township board expects EGLE approval of the project plan by March 12.