U.P. reps want to use state-owned aircraft to fly back-and-forth 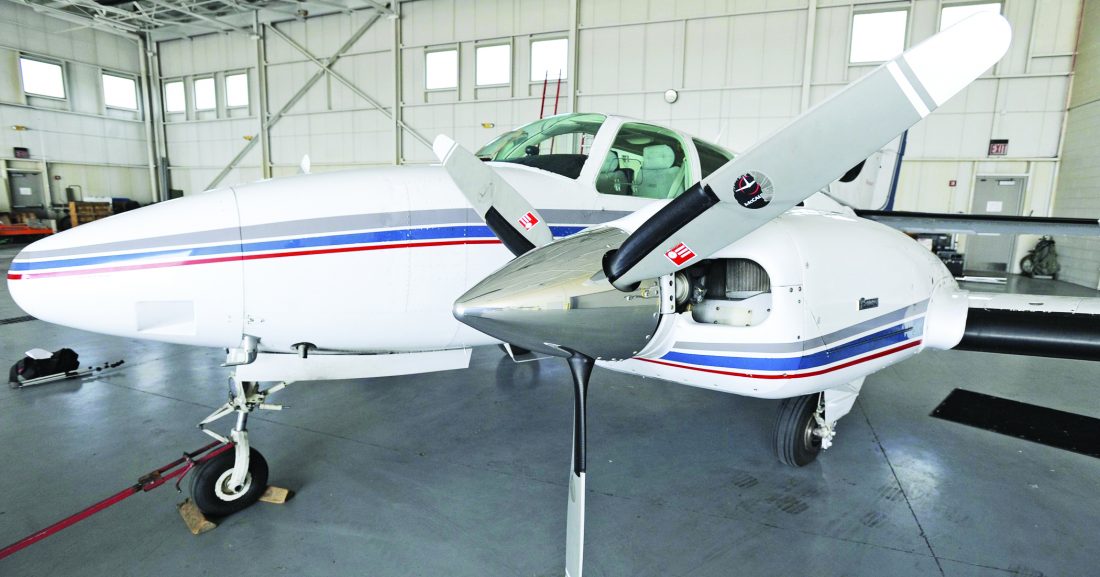 One of four aircraft owned by the Michigan Department of Transportation that state representatives want to use to fly to their districts is pictured. (Photo courtesy of the Lansing State Journal)

LANSING — State Rep. Beau LaFave, R-Iron Mountain, co-sponsored a bill earlier this month that would permit Upper Peninsula legislators to request a state aircraft to be used to fly to and from Lansing and a “centrally located” U.P. airport.

The bill, HB Number 5301, would establish requirements for the use of state-owned aircraft by a member of the state legislature and legislative staff.

According to the wording of the bill, a member of the state legislature, and legislative staff, may only use state-owned aircraft for transportation in one of the following situations, and only if the member receives prior approval of the use from the Senate majority leader or the speaker of the House of Representatives:

According to a Sept. 1, 2018, Michigan Capitol Confidential report, the Michigan Department of Transportation has spent over $5.6 million on five aircraft over the past three years, a Freedom of Information Act request found. The aircraft were used in 2015-16 to transport officials and staff from the state Department of Environmental Quality, Department of Health & Human Services, the Office of the Governor, the Michigan Economic Development Corporation, the Department of Natural Resources and the Michigan State Police, as well as at least one state university.

“Michigan State University athletics officials took 16 trips using Michigan Department of Transportation aircraft in the 2016-17 fiscal year. MSU has been using the aircraft since 2008, according to flight records made public,” stated writer Derek Draplin in the report. “While the practice is legal, it’s notable, since MSU appears to be the only state university to frequently use MDOT aircraft.”

Ballotpedia.org state’s on Beau LaFave’s information page that the 108th District Representative is pledged to reducing government, taking a quote from his 2016 campaign website: “LaFave believes that a good government is a small government. He is tired of excessive taxes, red tape, and regulations that hinder the growth of our area. These only discourage new companies and individuals from moving to the UP. That’s why he has pledged to cut taxes and eliminate regulations from his first day in office.”

Hernandez, who sits on the appropriations committee, is quoted as saying that the state-owned aircraft are examples of taxpayer waste.

“This is a perfect example where these government entities could create efficiencies on the administrative side that go to programs that affect taxpayers, like airport improvement programs, pavement and fixing potholes, things like that.” Hernandez is quoted as saying.

In addition to LaFave, HB 5301 sponsors included U.P. Representatives Greg Markkanen, and Sara Cambensy. The bill was not listed on LaFave’s website among other legislation he has acted on.

The bill was referred to the House Transportation Committee on Dec. 11.