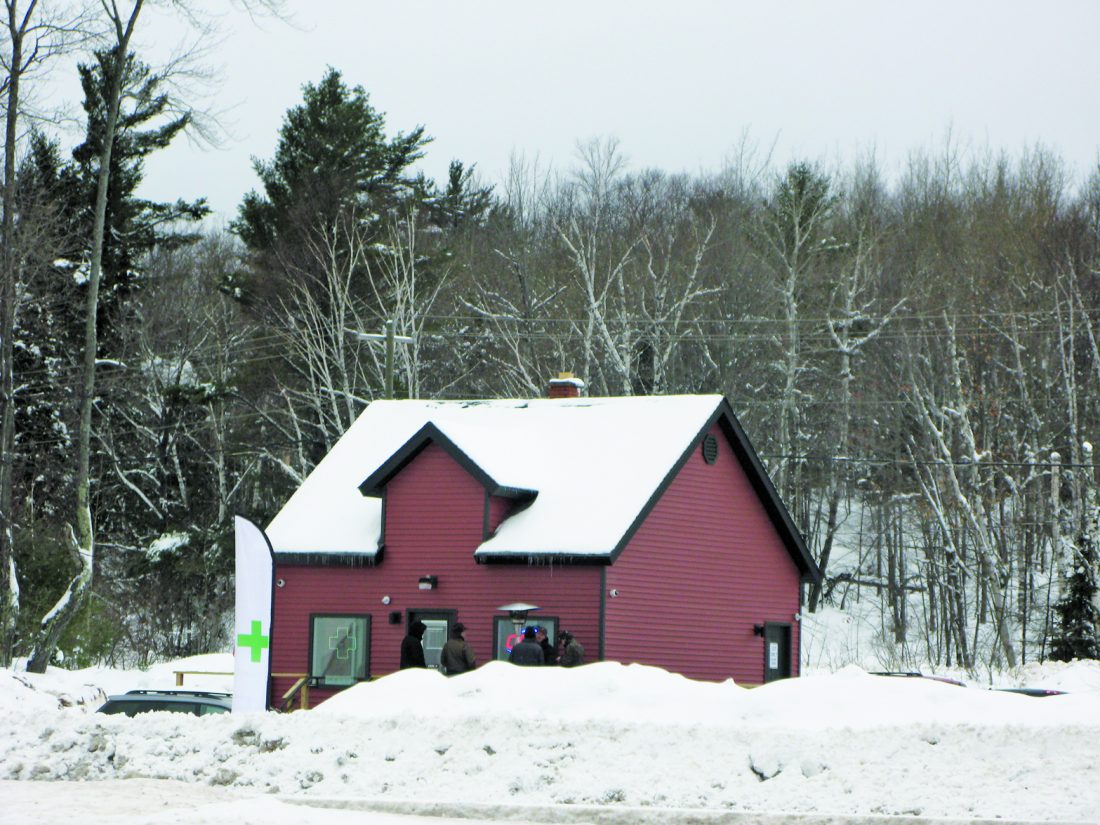 Customers stand outside the door of the Fire Station in Negaunee Township. The business, which was formerly exclusively a medical marijuana dispensary, was licensed by the state to sell recreational adult-use marijuana on Dec. 23. The establishment is the only licensed recreational marijuana retailer in the Upper Peninsula according to a Dec. 2 m-LIVE report. (Journal photo by Lisa Bowers)

NEGAUNEE — Things are moving quickly statewide in the realm of retail marijuana in Michigan.

In a time when many Upper Peninsula municipalities are grappling with where marijuana businesses could be located, what kind of businesses would be permitted and how many to allow — if they would be allowed at all — the Fire Station in Negaunee Township is moving full steam ahead.

Anyone who might consider making a trip to Negaunee Township to make a purchase at the Fire Station should plan ahead, business co-owner Logan Stauber said in an email Friday.

“Be patient with the current state of the market,” Stauber said. “Some customers don’t understand that Recreational Cannabis plants were planted one month ago. The current demand far exceeds our inventory. Things are progressing quickly and we will be fully stocked with hundreds of product selections over the next six months to a year.”

“Back in October the township board opted to allow for recreational sales, and sent the medical marihuana ordinance back to the planning commission,” Leach said. “The board will vote on the updated ordinance this month.”

In order to obtain the recreational license from the state, the business had to obtain an attestation from the township that the activity would be allowed.

Stauber also recommends those who qualify for medical marijuana obtain a card to purchase it.

“We encourage those who qualify for a Medical Marijuana Card to get one even though recreational is available,” Stauber said. “Medical patients do not have to pay the same excise taxes associated with recreational marijuana, and have access to more potent products, at even cheaper prices.”

He said the business has received “outstanding feedback” from members of the community.

“There has been a need for safe access to marijuana for years,” Stauber said. We have finally completed all the steps to open a regulated facility. Our team has worked for over three years to make this possible. The fact that we were able to revamp a once-blighted property and transform it into a commercial facility, has really helped with positive feedback from local community members. We have received many thanks from our customers stating that they are happy to have a safe option, and not to have to look for untested products from unreliable sources.”

The Fire Station is planning to hold a cannabis event on Feb. 16 at the Northern Center on Northern Michigan University’s campus to educate the public on the industry.

“At this event we are encouraging lawyers, doctors, accountants, and all industry professionals to help support and educate the public on marijuana.

“We’re hoping that the community will come out and support the education of cannabis. Until now there has been a lack of education and outreach for marijuana and we want to let the public know we’re here to help,” Stauber said. “This first event is a great opportunity for us to inform the public on the current state of cannabis. It will help us to gain a better understanding of how educated community members are on the topic.”