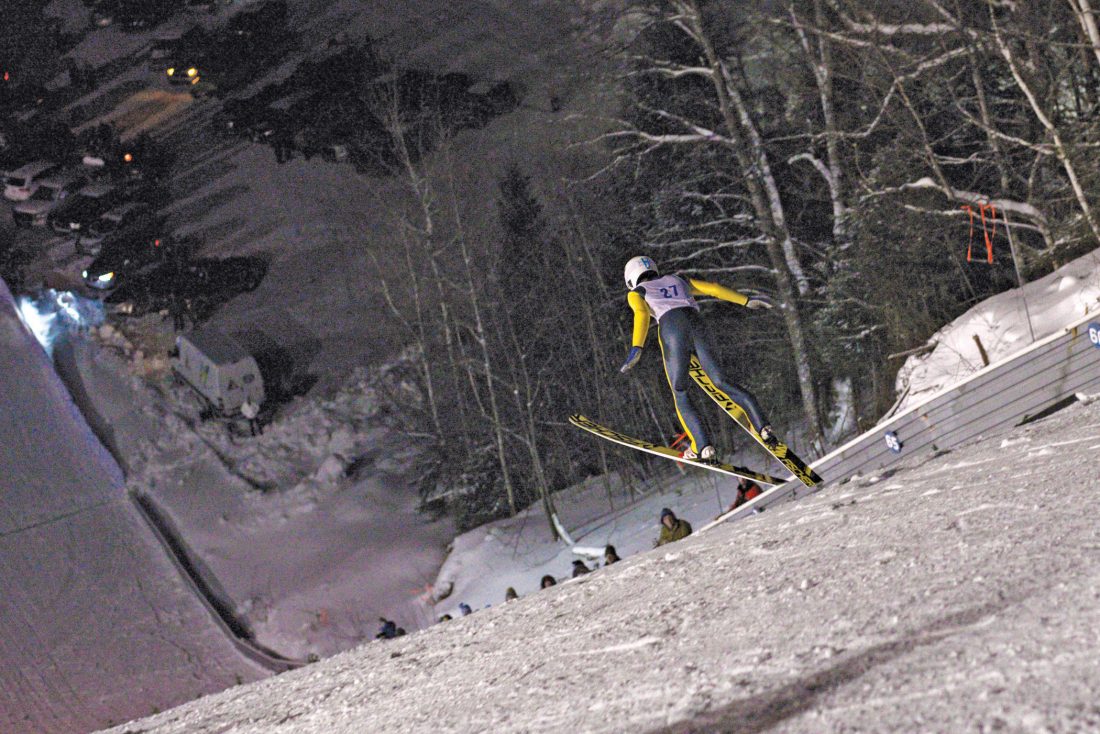 A skier is photographed in flight during a past Suicide Hill Ski Jump Tournament in Ishpeming. This year marks 133 years that the competition has been held. (Journal file photo)

ISHPEMING — Tuesday will mark 133 years that skiers from all over the world have come together to soar over Ishpeming.

The annual Ski Jumping Tournament at Suicide Bowl, located off County Road in Negaunee at the Ishpeming Ski Club, will be held on Tuesday, featuring skiers from all over the globe.

This year’s tournament, which has been billed as the “Greatest Exhibition of Skiing Ever Witnessed in America,” will be a Junior World Qualifier Event for the USA Nordic ski organization’s Historic Five Hills Tournee.

“We’ll have jumpers from Finland, No

rway, Slovenia and all over the United States,” said Gary Rasmussen, chief of competition and head ski jumping coach for the Ishpeming Ski Club.

The hill is no stranger to world-class ski jumpers. More than a dozen ISC members have been inducted into the U.S. Ski and Snowboard Hall of Fame including Ishpeming’s Rudy Maki and Coy Hill.

This year is special, Rasmussen said, because the competition will be held in honor of his father, Wilbert Rasmussen, who was known for breaking ski-jump records from the age of 15 and went on to be a member of two world championship teams as well as the U.S. Olympic team in 1952.

The younger Rasmussen, inspired by his father’s success, began jumping in 1964.

“You don’t want to miss this,” he said. “There will be tailgating, bonfires, hot chocolate, food vendors and, oh yeah, you get to watch some amazing athletes defy gravity.”

All proceeds from the event go to support ISC activities and maintain the Suicide Hill ski facility.

“We’ve got about 15 kids that are pretty steady and come on a regular basis,” Rasmussen said.

Visit www.ishskiclub .com or on Facebook at www.facebook.com/Ishskiclub/ for more information about ISC or the upcoming competition.