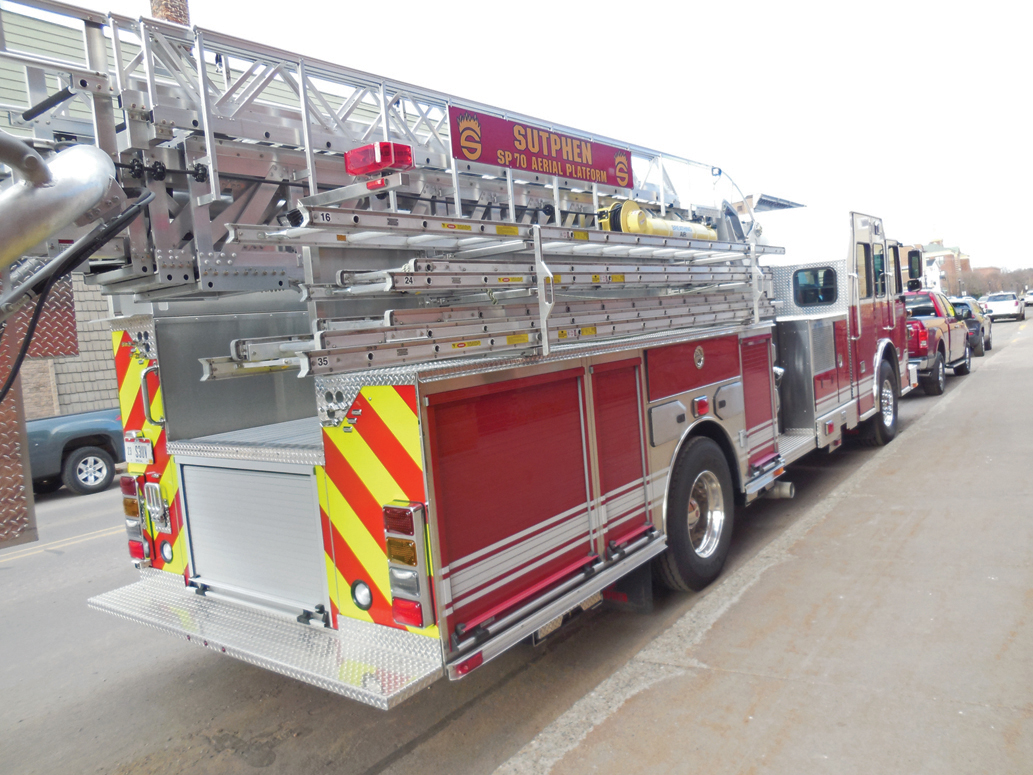 ISHPEMING — The city of Ishpeming will no longer charge a fee for Ishpeming Fire Department responses to motor vehicle accidents and structure fires.

In two separate unanimous votes during a Jan. 8 meeting, the Ishpeming City Council rescinded ordinances that imposed charges for fire department response to such events.

Each ordinance, when in effect, mandated a $100 per hour charge for each piece of fire department equipment dispatched to the scene of either a structure fire or motor vehicle accident, with failure to pay the charges 30 days after billing considered a civil infraction punishable by a fine levied in addition to the initial response charge.

Ishpeming Interim City Manager Steve Snowaert, who is also the city’s chief of police, said rescinding the ordinances was recommended by a committee made up of fire department and city hall staff as well as city councilors.

“Part of it was collection, part of it (were) even some (concerns) that it might not even be legal to do,” Snowaert said. “So the committee, pretty much as a whole, recommended we rescind this ordinance.”

Former Fire Chief Ed Anderson, who was also on the committee, said rescinding the ordinances “cleans things up.”

“For the $200 or $300 bill we would send out,” Anderson said, “if we try to go after them it would eat attorney time up, staff time up, billing time up and it just didn’t make sense.”

Councilor Pat Scanlon, who is a fire department retiree, said the ordinances could reflect negatively on the city in a number of ways.

“Somebody’s coming through town and they have an automobile accident and after they recover they get a bill from us for coming to help,” Scanlon said. “As Ed said, it’s hard to get and it’s nothing but negative. The second one that we are going to act on is for structure fires and people pay good tax dollars for our fire department to respond to our structure fires. And if it’s out of the city, we have mutual aid where if that fire department comes to help us when we need it. So, both of them were kind of, not negative … not very favorable and like Ed said, it was more of a nuisance … than anything.”

Under new city policy, also passed unanimously by the council, in the event of a false fire alarm the home or business owner would be charged $250 for the first fire apparatus dispatched to the scene and $100 for each subsequent apparatus. In addition, the building owner would be billed at the current hourly rate of each member of fire department personnel responding to the scene of the false alarm, the policy states.

Councilors also approved the first reading of an amendment to its open burning ordinance.

Under the revised language, if approved, the fire chief or a designated city representative “is authorized to order any property owner, resident or any other person to extinguish any fire, including those listed above within the City of Ishpeming if, smoke, odor, local or state issued ban on open burning or any other condition such as, a public nuisance is created, health, safety or welfare is potentially jeopardized or put in danger.”

The ordinance would allow the authorized representative, whether a fire department or law enforcement officer, to determine whether there is smoke or odor from a fire pit, campfire fireplace, wood-fired furnace or boiler — regardless of their location. The proposed language would give fire or law enforcement officials the right of entry and inspection.

“The (officer) is authorized to inspect any property or structure for the purpose of ascertaining compliance with the provisions of this Ordinance,” the proposed language states.

Anderson said the initial ordinance in 2006 did not address the smoke aspect of burning, which restricted what city officials could do when a resident issued a complaint.

“We’d get phone calls: ‘Somebody’s burning something, it smells,’ you know, and we really had nothing to back it up with,” Anderson said. “With this ordinance, it will have some teeth. And the police will also be able to enforce something like this too if they get called and it’s an obvious nuisance.”

Persons found in violation of the ordinance may be subject to reimbursement of the city.

Anderson said over the years, nuisance smoke has become “more and more of an issue.”

“It’s discretionary, obviously. If it smells like garbage burning, it’s not someone baking a cake in the backyard, so, there is some discretion there,” he said. “And obviously the officer would kindly ask them to put it out, but if they persist, we will have something to back it up.”

Under the proposed language, written burn permit requests can be made to the city seven days prior to a requested specific open burning event.

The ordinance would not go into effect until the council holds a public hearing and conducts a second reading, likely during its February meeting.