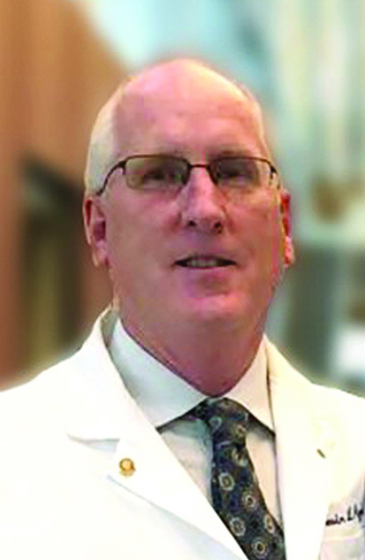 Having been a physician in Marquette for over 30 years, Piggott comes with years of experience and two years of direct experience as he formerly served as Marquette County medical director from 2009-2011. He is board certified in family medicine as well as general preventive medicine and public health. He takes the place of Dr. Teresa Frankovich, who is pursuing new endeavors in California and began serving as medical director for the county in August 2011.

As Piggott steps into his new position, there are a number of medical duties he will fulfill in the roll, he explained. One duty is the surveillance of illnesses within the community.

“The state has laws that require illnesses to be reported to the health department, and when we get those reports we review those reports, we follow up on those reports to determine whether or not there is a risk to the wider public or if it’s an isolated situation,” Piggott said. “Then based on those determinations, we act upon those to try and essentially reduce the risk to others or mitigate that risk for the general public, so that’s one of the big activities.”

He also oversees the various medical clinics such as the Hematite Health Clinic in Ishpeming, the Gwinn Teen Clinic and the health department’s own clinic. The department also reviews and updates immunizations and provides public health education to the community.

“We are a resource to try and answer public health questions … about events or activities that are taking place in the community,” Piggott said.

In his new role as medical director, one of Piggott’s biggest goals is to reconnect health care systems and public health, he said.

“When I initially did this — I was actually a family physician in Marquette from ’86 actively in practice until 2007, that’s when I went back to (University of Michigan) to do my preventative medicine program as well as get my master’s in health management and policy — at that time my view and focus was that the health care systems in our nation and public health have long become separated, if not overtly divorced. I still think that’s true. I would still like to see better work together,” Piggott said. “I would say our own facilities here — (Duke) LifePoint, which states making communities healthier as one of their missions — should lend directly to that, but sometimes we have different ideas of how that’s done. So, I would still like to be trying to bring together public health measures and public health with the traditional health systems.”

Piggott’s wealth of experience as an administrator at Marquette General Hospital, Duke LifePoint and as a community physician will help him to better connect public health and the health care systems, he said.

“I would hope that in some ways I already have connections or fostered goodwill and I can utilize that to continue having interactions and discussions with individuals in both health systems because I know folks at (UP Health System) Bell and actually because I’ve been in the U.P. long enough, I know quite a few folks in different locations across the U.P.,” Piggott said.

While the health department is often a “hidden entity,” it plays an integral role in the community as an advocate for public health, he said.

“We are often in the background or have very soft footprints so people don’t think we exist. They’re not even sure where we’re at, but I would say that we are here, we’re always looking at our community and how we can interact and work with them and try to make our communities healthier, just as LifePoint’s mission is, we too have long had that view,” Piggott said.