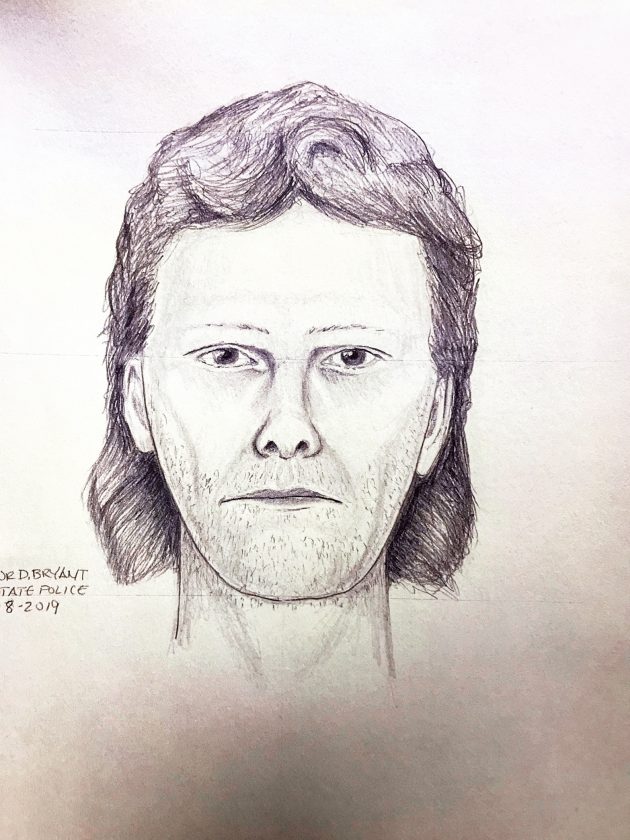 A sketch of a person of interest in the Paul Girard murder case that occurred more than 30 years ago at Presque Isle Park in Marquette. (Courtesy of the Marquette City Police Department)

MARQUETTE — A sketch of a person of interest has been released by the Marquette City Police Department in connection to the Paul Girard murder case that occurred more than 30 years ago at Presque Isle Park in Marquette.

“This is a person of interest in the investigation, it’s not confirmed whether this individual is a suspect,” Detective Lt. Greg Kinonen said.

On Sept. 30, 1988, 34-year-old Marquette resident Girard was discovered near Chief Kawbawgam’s grave on Presque Isle just after 10 a.m. by two people who were walking around the island. Police were called to the scene shortly after, where they found Girard had suffered dozens of stab wounds at the hands of an assailant.

Since the spring of 1989, one person has been a suspect and recent discoveries in the past two years has led to the development of two additional people of interest in the murder investigation but have not been definitively linked or cleared.

The murder weapon was never found; there was blood found at the scene that was not Girard’s, yet it has not been matched to anyone. It is unknown whether Girard’s killer had known him or not.

In a previous Mining Journal article, Detective Sgt. Doug Heslip of the Marquette City Police Department noted that DNA testing has been used in this case, “I’ve used blood spatter experts, I’ve used biometrics, I’ve used latent prints. Some of this stuff wasn’t available in ’88 and I’m taking advantage of what I can take advantage of scientifically,” Heslip said.

Several investigators with local, state and federal agencies have searched endlessly for answers. The investigation today is being actively pursued Heslip.

“(Heslip) he’s been trying to identify the second person of interest through witnesses and complaints and through public assistance to identify the person in the sketch,” Kinnonen said. “This is one of those investigations that’s 30 years old and we’re dealing with 30-year-old memories but we follow up with every lead that comes in.

“(Heslip) has put a lot of time and effort in this investigation. This sketch was not a tip, this came through investigating,” Kinnonen said, adding, “This (case) is his baby.”

The Marquette City Police Department is asking the public to call 906-228-0400 if they have any information regarding this case.