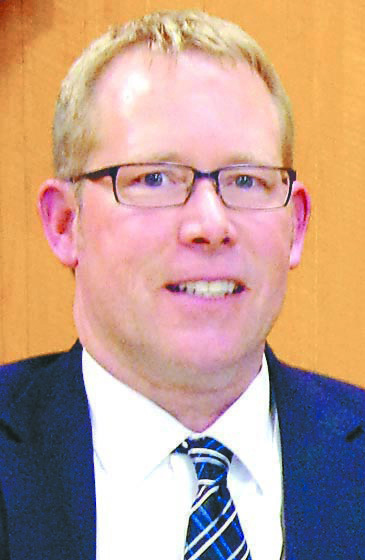 MARQUETTE — The Marquette Township Board voted on Thursday to conditionally offer the position of township manager to former township supervisor Dennis Liimatta.

Trustees voted 7-1 in favor of the measure, which will allow Township Supervisor Lyn Durant to extend the offer and begin negotiations with Liimatta, who is the current superintendent of Grand Blanc Township.

The employment offer is pending Liimatta’s acceptance and a background check, officials said.

Once the offer is extended, Durant will bring the finalized contract, or any counteroffers back to the board.

Several township business owners and residents came out to speak in support of Liimatta.

Local business owner Todd Noordyk, who also serves as co-chair of the township business association, was one of those who spoke in support Liimatta, calling him a “bright and positive force.”

“The main reason I relocated my business from the city of Marquette into Marquette Township was because of two people, and that’s Randy (Girard) and that’s Dennis,” Noordyk said.

“The assets and the attributes that Dennis has, you can’t teach that,” McCarthy said. “You can’t teach personality and the ability to bring people together. Of the four candidates that you interviewed, he has the most experience relevant to the position, and relevant to the job and what it entails every day.”

Resident Dan Pompo, who could not attend the meeting, expresses frustration with the hiring process in an email read by Trustee David Wiegand.

“I have always felt that the township should have hired a firm to search for candidates for the position. The board decided to go a different direction so I didn’t have any great expectations for responses,” Pompo said.

In his email, the resident said he felt strongly that Jennifer James-Mesloh, one of three candidates interviewed on Nov. 23, was the best fit for the township.

“She gave a great interview with very detailed and thought-provoking answers,” Pompo’s email stated. “She had a new and fresh attitude toward our township. As you can imagine, I was surprised when she failed to get the votes.”

Wiegand, who cast the sole nay vote, said the disparity between Liimatta’s current annual salary of $150,000, versus the $78,000 to $106,000 salary range the township could offer the candidate was a cause for concern.

“I hate to rain on everybody’s parade, and I am a fan of Dennis’s. We get along great, I consider him a friend,” Wiegand said. “But having said that, the pay range that was advertised — he Liimatta stated on two separate occasions that that pay range is not sufficient … We are, as near as I can tell, about $44,000 apart, and he has indicated in his cover letter that he is not able to accept the pay range that was advertised and that he would instead choose to come back to Marquette when he retires. During the interview on Jan 3. There was a whole discussion, as inappropriate as it may have been, where he indicated we may have to look at an entirely different method to determine pay. For those reasons, I am unable to support this.”

Prior to the vote, the board opted, by consensus, to continue working under the parameters of its current township manager contract and employee classification and compensation procedures.

“Again, under standard procedure, under the existing contract, what you advertised is what you have available to offer,” Girard said. “If it’s unsatisfactory to your candidate the candidate can come back and respond to (what) you have proposed and make an alternative offer. Such as, ‘I don’t need health insurance or whatever,’ and that would then change your compensation package cost and basically you would be moving within the same structure to a different salary range with no health insurance which equalizes it.”

Board trustee Pete LaRue said he had heard from seven residents who spoke in favor of hiring Liimatta.

“I just think he is the best person for our township at this time” LaRue said. “All we have to do is talk to him, give him the contract and the negotiations would start after that. He might change his mind with the other things that are happening, but all we can do is extend the contract and go from there.”

The board expects to tender an offer to Liimatta by Monday and will hold a special meeting to consider the manager contract once a response is received, officials say.