Special to the Journal and Journal staff 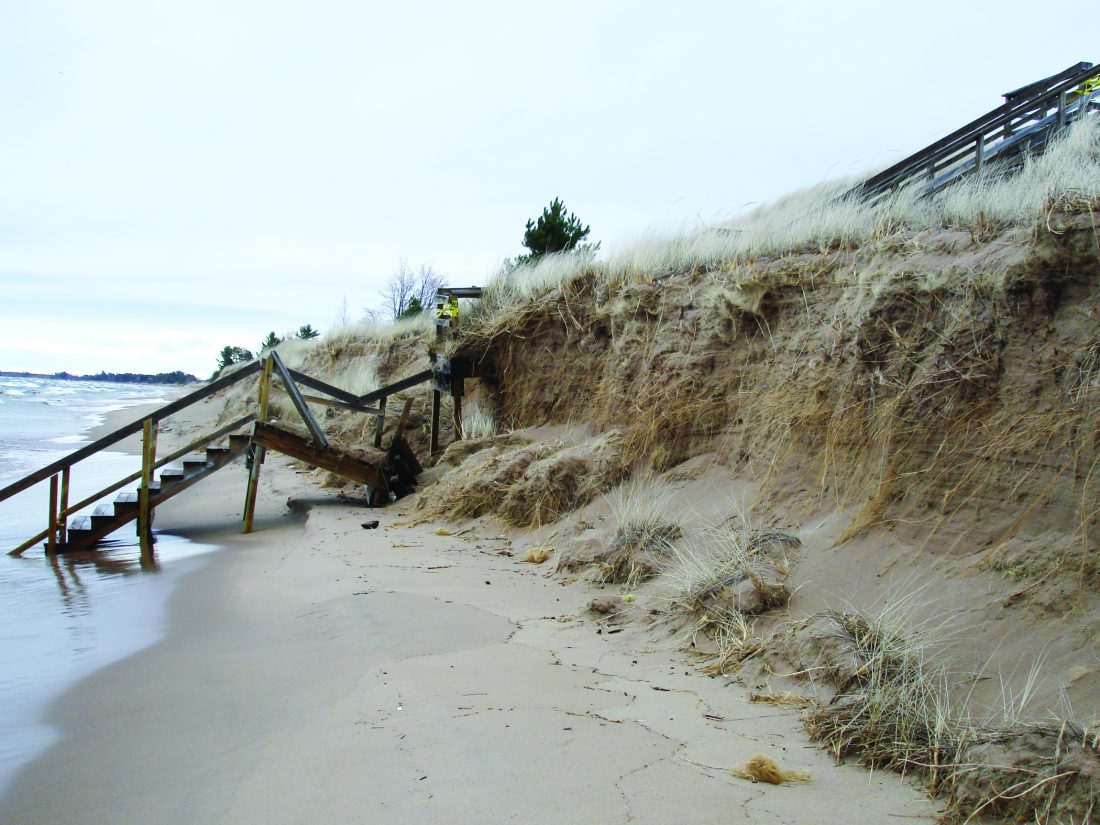 The stairs at a roadside park along M-28 are pictured. (Photo courtesy of Michigan Department of Transportation)

The stairs at a roadside park along M-28 are pictured. (Photo courtesy of Michigan Department of Transportation)

The area in which the stairs were ultimately removed from is seen. Significant erosion damage is apparent in the photo. (Journal file photo)

The Corps is warning of docks and breakwalls that break off into the lakes, endangering both residents and watercraft.

The Corps said water levels at the start of 2020 were higher than they were at the same time in 2019, which was already a record-breaking year.

In the city of Marquette, shoreline erosion has presented challenges for city planners at Presque Isle Park and elsewhere. 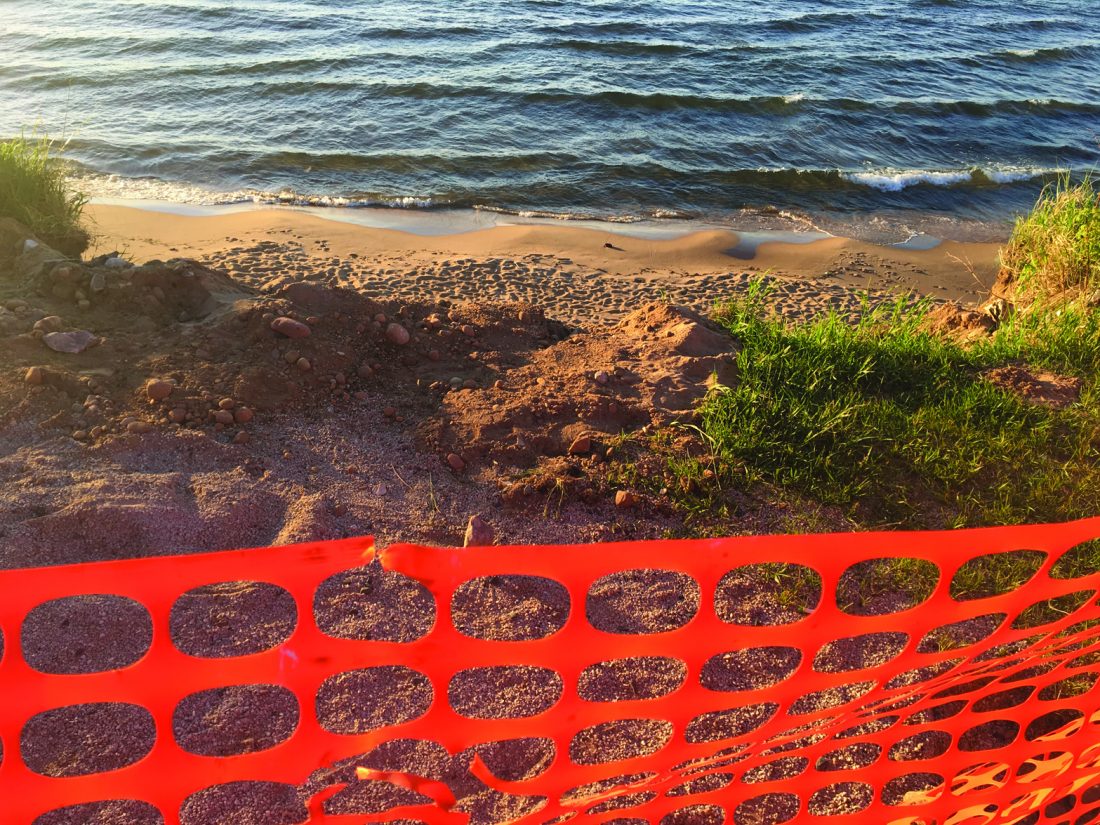 The area in which the stairs were ultimately removed from is seen. Significant erosion damage is apparent in the photo. (Journal file photo)

“Mostly recreational areas have been affected,” Taylor said. “The retaining wall for our boat launch has been damaged, parts of our riverwalk have been torn out due to high winds and ice jamming, and a large section of a pier was destroyed about six weeks ago.”

The damage has been steady since last summer. The city plans additional repairs, including the placement of rocks and boulders along the shore to lessen the impact of wave action.

“We’ve already spent over $1 million to repair damages to roads, breakwalls and docks,” Taylor said. “Much of that has been reimbursed by our insurance company, but we still expect to have to spend at least another $1.5 million to stabilize the shoreline.”

According to Michael Ruddock, a governmental affairs assistant for the Michigan Association of Counties, that would allow the state to petition the federal government to free up federal funding and repair municipal areas.

“As of now, there is no available funding to help affected parties,” Ruddock said, “but we do have nominal grant funding through our department to help communities develop resiliency plans.”

A state of emergency could also provide funds to assist homeowners seeking repairs. According to Nick Assendelft, a public information officer for the Department of Environment, Great Lakes & Energy, reports of erosion damaging private property number in the hundreds.

“Erosion is affecting all areas,” Assendelft said, “from private property to municipal facilities and park land.”

Ruddock and the Association of Counties said that the financial toll on property owners of coastal erosion is high.

“Flooding and erosion can have severe financial impacts,” Ruddock said, “such as having to set back a home in the face of advancing erosion or having to front the cost to clean up debris that has fallen into the water.”

Some homeowners are attempting to combat the destruction and flooding by erecting temporary barriers.

To assist them the department and the Army Corps have begun a joint effort to speed up the permitting process. According to Assendelft, the project will reduce the time needed to process permits and limit the cost of applying.

“We’ve been able to turn around a number of permits within a few days,” Assendelft said, “instead of the 30 to 60 days that we’d see typically in the past.”

Since implementation began in the fall, the department has seen a spike in the number of permit applications. From the start of the 2020 fiscal year, Oct. 1, 2019, through Jan. 1, there were 452 permit applications for work along the Great Lakes shoreline.

“The (applications) we’ve received in the first quarter of this fiscal year are more than half the total received for the entire fiscal year of 2019,” Assendelft said. “If that rate holds up, we could be looking at more than 1,800 applications for the full year, compared to 836 for fiscal year 2019.”

Assendelft said residents can apply for temporary barrier permits at https://miwaters.deq.state.mi.us/miwaters/external/home, and all applications are jointly reviewed by the Corps and the department.

“People seeking a permit should apply for one as soon as possible,” Assendelft said, “in order to avoid situations where they need truly immediate work.”

According to Ruddock and the Association of Counties, there is no easy solution to shoreline erosion. Permits are valid for only five years.

For properties that use temporary barriers, uneven erosion can become a problem. According to Ruddock, sandbags slow water damage, but in doing so they can lead to higher water at neighboring properties. 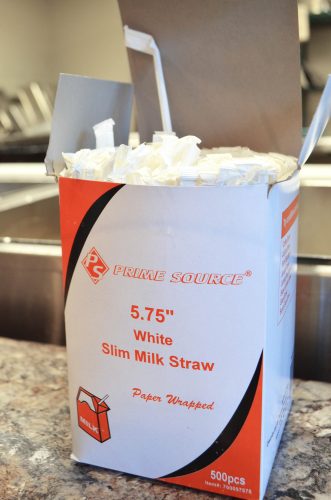