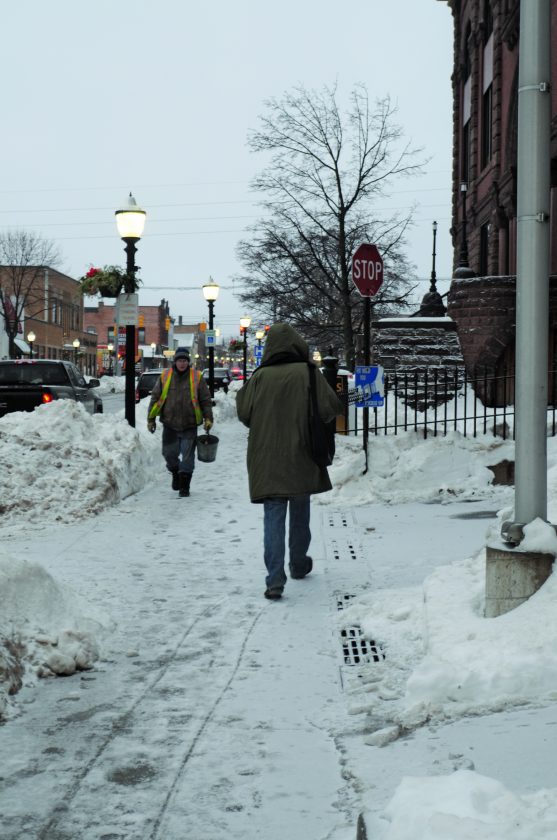 Sidewalks this morning in downtown Marquette were covered with ice and the roadways were wet, raising concerns about freezing. (Journal photo by Amy Grigas)

NEGAUNEE — Morning commuters were met with icy roads this morning as freezing drizzle hit the area, although no major accidents were reported.

Ryan Connelly, meteorologist with the National Weather Service in Negaunee Township, said much of Marquette County and east of the county this morning had freezing drizzle, but that wasn’t expected to last for more than an hour.

“Hopefully at that point, the driving will be better,” Connelly said.

However, he said a transition to just snow is coming from west to east, with that snow anticipated to continue later into the day. 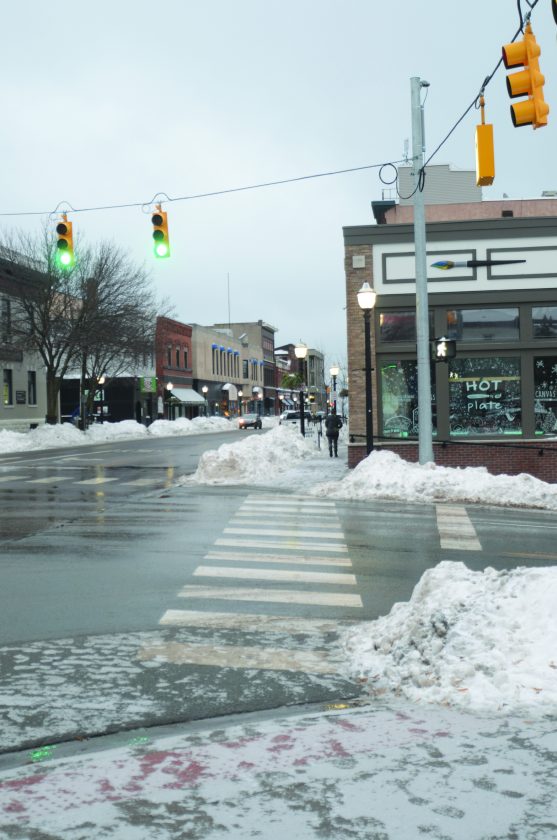 Sidewalks this morning in downtown Marquette were covered with ice and the roadways were wet, raising concerns about freezing. (Journal photo by Amy Grigas)

“As we go into evening, it transitions into lake-effect snow to this point,” said Connelly, who noted snow is expected to fall through Tuesday.

“For Marquette County, once you get past a little after midnight but before sunrise (Tuesday), it’s mostly done except for the Hurons (Mountains) and the far eastern sliver of the county,” he said.

For today and tonight, ongoing lingering freezing drizzle early this morning will cause a light glaze of ice in spots. Light to moderate snow then moves in and lingers through this evening. Locally heavier snow is expected across far western upper Michigan through tonight.

Waves building upwards of 8 to 10 feet along the tip of the Keweenaw Peninsula and locations east of Marquette to Grand Marais might cause minor beach erosion this evening.

Arctic airmass moves into the region.