MARQUETTE — Recounting a traumatic experience can often add to the suffering of a victim, especially if the process must be repeated.

The Superior Child Advocacy Center, which will be used with the adoption of a county-wide child abuse protocol, will streamline the forensic interview process for victims in Marquette County by limiting the number of times a child must tell their story, said the center’s interim Director Hannah Syrjala. The center will be located in the Suunta Integrative Health Building along Third Street in Marquette, in collaboration with Trace Holistic.

“Without child advocacy centers, they sometimes have to tell it to police in a scary police station, probably in an interrogation room where they think they did something wrong, or in a hospital where they may think that something is wrong with them, and to a social worker, and to the prosecutor and to all the different people,” Syrjala said. “Whereas (at the center), that whole team of people from each one of those professions comes together and observes one forensic interview that’s done in a non-threatening environment.”

Child abuse complaints will continue to be received by law enforcement agencies and child protective services, but now those officials will contact center employees who will assemble a multidisciplinary team to interview the victim at a later date. While just the forensic interviewer will speak with the victim, the team can watch the interview from another room as it is recorded, which also allows the video to be reviewed at any time.

Interviews will be conducted within the three days following the incident because of the impact trauma has on the brain. Syrjala and Marquette County Prosecuting Attorney Matt Wiese noted that when an officer is involved in a shooting in which they discharged their weapon, they are asked four basic questions such as, did you feel the use of lethal force was necessary? Officers are then placed on paid suspension and interviewed about the incident 72 hours later.

“They do that because the brain takes that long to start unfolding the events and processing them and those brain chemicals that are produced during trauma can start to come down. Interviewing someone right after a traumatic event isn’t always the best idea,” Syrjala said.

Children will be given time to process their experience before being interviewed at the center.

“Hopefully within 72 hours we’ll get an interview in at the (center) where everyone can get together and watch at once and discuss the case and see what’s the best course of action to help this child and this family move on and move forward in a productive way, in a healthy way, and in a way that is going to bring justice to the perpetrator,” Syrjala said.

The trauma experienced by a child often affects family members too, as abusers are typically adults trusted by the parents, she added. According to 2015 statistics collected by the National Children’s Alliance, 90% of all accused abusers are related in some way to their victims.

“We will have services for (family members) too. There are therapists in the building and counselors in the building that they can talk to and figure out how to let go of that guilt and for them to move forward too,” Syrjala said. “It’s a whole family issue, it’s a community issue.”

Counseling services will be provided by Suunta with medical examinations to be offered by Trace Holistic, a nonprofit organization focused on increasing sexual assault and nurse examiner services in the Upper Peninsula.

“Unfortunately, we do have a large number of children who experience abuse, so providing a system in a way of addressing that abuse that does not further traumatize them or is as least traumatizing as possible is important for these children to be able to have their story told and then begin that healing process with individuals who understand trauma, can help them through that process,” said Melissa Copenhaver, co-owner of Suunta Integrative Health. “We know that many of the issues that individuals experience as adults can often be traced back to the trauma they experienced as children, so trying to decrease the impact of that horrible experience.”

Superior Child Advocacy Center President Dianne Heitmann said having all these services offered in one facility will help to reduce the trauma abused children face.

“It’s underreported and it’s something that goes on a lot more than people know. It’s a service that is definitely needed for children because they’re so underrepresented and the traumatic experience of this is so overwhelming that they need a safe place to be able to express themselves and be able to get their story out,” Heitmann said. “Having a safe place to say that and feel protected and wrapped around with services that will help them is why we need this.”

While much of it is already in practice, the child abuse protocol will officially be implemented county-wide on Jan. 1, Syrjala said.

“The prosecutors and CPS (Child Protection Services) and law enforcement do a great job, but it could always be better,” Syrjala said. “There are best practices in place all over the country that we need to catch up with, and we need to be able to help these kids in the best ways we can. There’s such a stigma on talking about this stuff, for a grown person to say ‘I was abused as a child and I never dealt with it and I never got help for it,’ and so it can manifest in all these weird ways and it can manifest into further criminal behavior. We want these kids to — despite the abuse that’s happened to them, despite the trauma they’ve gone through — to have normal, safe, healthy homes and lives, and it is possible.”

MARQUETTE — The Marquette Township Board will consider tendering its “last and final offer” to manager ... 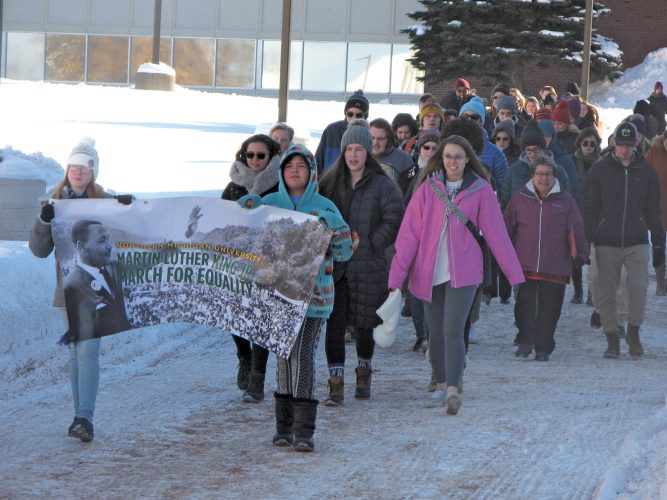