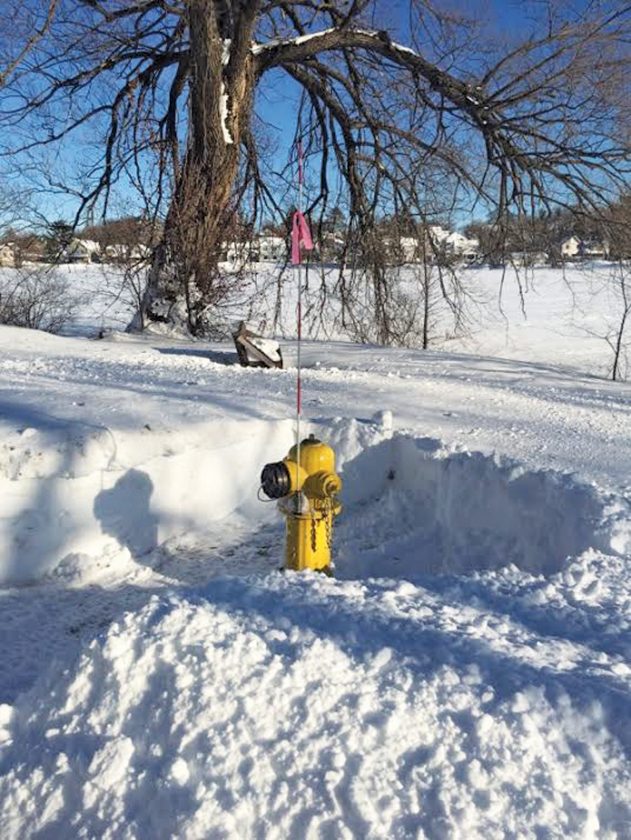 A properly cleared fire hydrant is pictured. Local fire departments are asking residents of the city of Ishpeming and Negaunee to adopt a fire hydrant by keeping it clear of snow. (Photo courtesy of Ed Anderson)

“The Ishpeming Fire Department and the city are asking for our residents’ help in heading off one very preventable potential winter disaster,” Ishpeming Fire Chief Ed Anderson said. “We want folks to adopt a fire hydrant and lend a hand to make sure the fire hydrants are clear of other snow and debris.”

“Imagine how hard and how long it would take you to shovel the fire hydrant clear of snow,” Anderson said in a previous interview. “It’s no different for the firefighters — it takes several minutes when seconds count. Or they cannot locate the fire hydrant even though we have a pretty good idea where (they’re) located. We may be digging just two to three feet from where the hydrant really is, not good for our firefighters or you.”

Anderson said there is no need to contact the fire department to participate in the program, just make sure the fire hydrant you adopt has an approximately 3-foot clear radius around them and shovel a pathway to the street so firefighters can access it and try to remove any ice that might have formed on the hydrant itself.

Negaunee residents are also encouraged to adopt one of their city’s 250 fire hydrants, that city’s website states.

“We also remind residents and businesses that while you’ve got that shovel out, check all the doors around your own home and businesses and make sure they are clear and open,” the Negaunee website states, “to not only ensure that medical responders would not be hampered in their ability to treat a patient, but in removing a patient and transporting to a medical facility.”

“Adopting a hydrant not only helps city public works crews do their job plowing snow, but it could make it much easier for firefighters to do their work,” Anderson said. “So adopt a fire hydrant. Your 10 minutes of shoveling could save your neighbor’s home or your own.”