Heading toward a new era 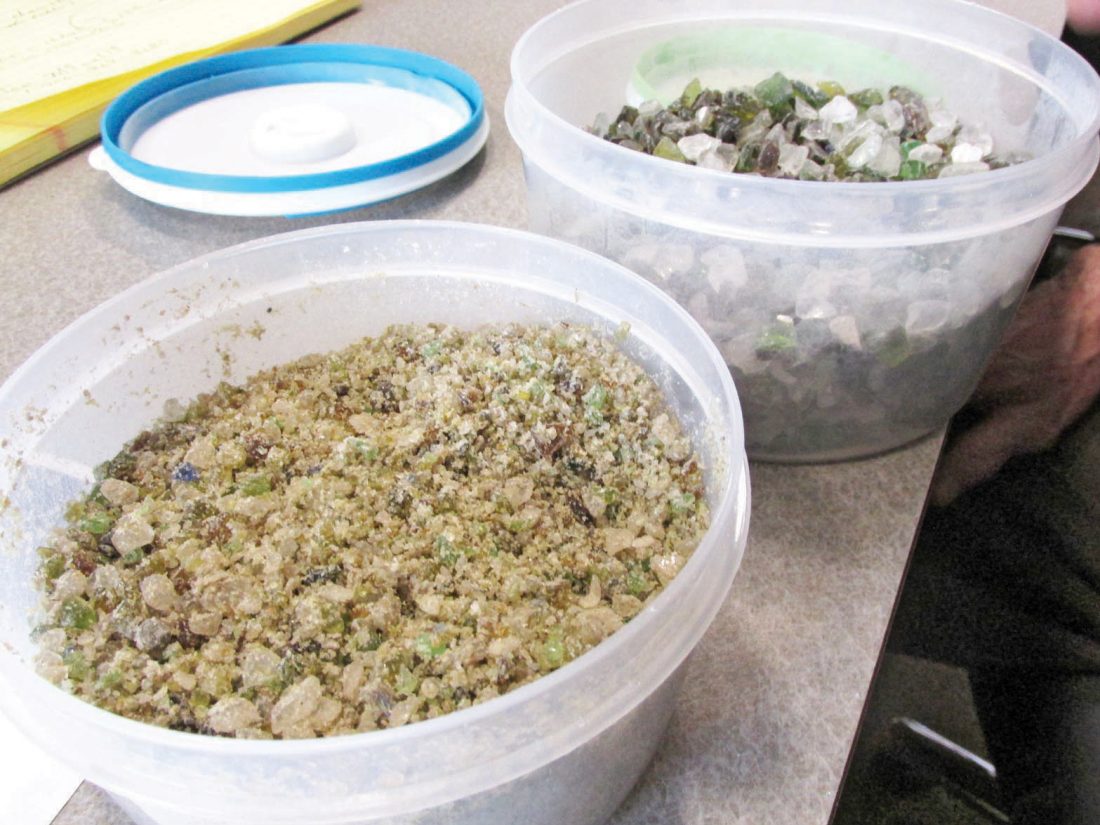 MARQUETTE — Recycling and repurposing fibers, plastic and glass can increase the life expectancy of landfills and reduce the impact of these materials on the environment.

“A survey showed that by going to single-stream recycling it would raise Marquette County (recycling participation rate) from 8% to as much as 35-40%,” MCSWMA Board Chairman Randall Yelle said during a recycling update presented to the Marquette City Commission last week. “And we’re excited about that.”

Due to this, MCSWMA is now well on its way to accepting glass and single-stream recycling, with plans to implement the new system in October 2020 and launch an education and outreach effort.

The multi-million dollar project is on schedule, Yelle told commissioners, as two buildings will be remodeled to accommodate the new recycling equipment starting in January, with the equipment expected to arrive this spring.

It’s supported by a $3 million interest-free loan from the Closed Loop Fund and an $800,000 grant from the Michigan Department of Environment, Great Lakes and Energy. The authority increased by its solid waste tipping fee by $6 per ton to fund the loan payback.

“This is a $6.5 million project. The funding is in place, we have a financial plan,” Yelle said. “It looks pretty solid and it’s working well.”

The authority, which oversees the Marquette County Landfill, has not accepted glass for recycling since January 2018. It currently offers a dual-stream recycling system that requires residents to separate fibers and rigids for collection on alternating weeks.

The single-stream system will allow weekly pick-up of both fiber and rigid materials. Residents will also be able to stop tossing their glass in the trash, as clean glass of any color will be accepted by MCSWMA, as long as it’s separated from other materials, Yelle said.

While the authority stopped recycling glass due to difficulty in finding a market for it, the glass repurposing system will generate materials that can be purchased and used for a variety of purposes, he said.

The glass can be made into a fine, particulate, sand-like substance, or larger, roughly dime-sized chunks. These materials can be used locally, Yelle said, as the sand-like substance could be used on roads during the winter, while the larger chunks can be used for concrete, asphalt or sidewalks, as well as landscaping, mulch, and other purposes.

“We’ll be able to get rid of pretty much everything we get right here,” he said.

It’s important to increase recycling participation and be able to repurpose glass, Yelle said, as this will help keep these items out of the landfill.

“The main thing is extending the life of the landfill,” he told commissioners, noting the new recycling program could extend the landfill’s life by about 12 years.

Saving space is critical, Yelle said, as MCSWMA is currently on its fifth cell out of a total of nine cells at the landfill. Building new cells would cost $2-3 million each and the state has “already told us that they will not authorize any new cells in any existing landfills,” he said.

With the single-stream and glass equipment coming online, Yelle hopes to see the MCSWMA attract recycling from the entire Upper Peninsula and serve as a regional recycling center. Marquette County municipalities will not pay a tipping fee for recycling tonnage, but out-of-county recycling will pay a $20 per ton tipping fee, he said.

As the move to single-stream recycling and glass repurposing gets closer, the MCSWMA is “in pursuit of long-term commodity market contracts for paper, plastic, and metals,” and working to develop education and outreach materials in regard to the new program, materials provided to the commission state.

“Recycling survey data will be used to develop the new recycling system residential outreach and education materials,” according to a program update summary. “The authority plans a mass mailing of outreach material regarding what can and cannot be placed curbside in the recycling cart.”

“This is really exciting,” Commissioner Paul Schloegel said. “We came from a story of ‘Why aren’t we recycling (glass)?’ to ‘Can we find a way to get this to a recycling facility out of our area, trucking it out?’ And now we’re going to be able to keep it all here.”