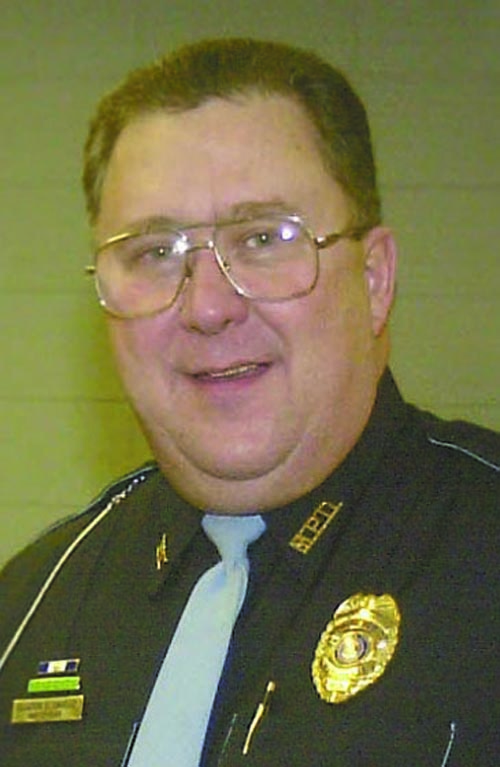 In his 73 years of life, he took on many roles such as son, father, husband, veteran, student, board and volunteer member, coach, officer and more.

Born in May 1946, Sarvello was raised in Ishpeming. After graduating from Ishpeming High School in 1964, he enrolled as a student at Northern Michigan University before enlisting in the U.S. Air Force. His law enforcement career began with his NMU campus police position and continued at the Marquette City Police Department, where he served as a patrolman, worked his way through the ranks as a detective and eventually was as chief of police before his retirement in 2001, his obituary states.

Rieboldt, who was in contact with Sarvello up until his passing, said he served as a liaison between the police department and the public even after he turned in his badge.

Sarvello’s dedication to his duty made him an invaluable resource to city officers, Rieboldt and Warchock said.

“The one thing I think was remarkable that chief Sarvello had was his memory,” Warchock said. “He remembered just about every call he ever went on, every investigation the department ever did. He had a very good memory for all that stuff and was a good resource; actually even after he retired you could call him up and talk about a case and he would be very helpful.”

Rieboldt added: “Every face, every name, he was just like a regular encyclopedia of people.”

Throughout Rieboldt’s time in law enforcement he has yet to encounter an individual as dedicated to law enforcement or the community as Sarvello was. His true passion and dedication to the department are what Rieboldt will remember him fondly for, he said.

Sarvello was well-spoken, outgoing and “he represented the department at its finest at all times,” Warchock added.

A celebration of life for Sarvello will take place at 10 a.m. Friday at the St. Michael Catholic Church. A Mass of Christian Burial will be celebrated at 1 p.m. with the Rev. Greg Heikkala as celebrant. Members of the Marquette City Police Department will stand honor guard and serve as pallbearers. A reception will follow in the St. Michael Parish Center. Interment will be made in the Holy Cross Cemetery.

Warchock said: “He was a true servant to this community until the day he passed.”