Hose tower to be stabilized 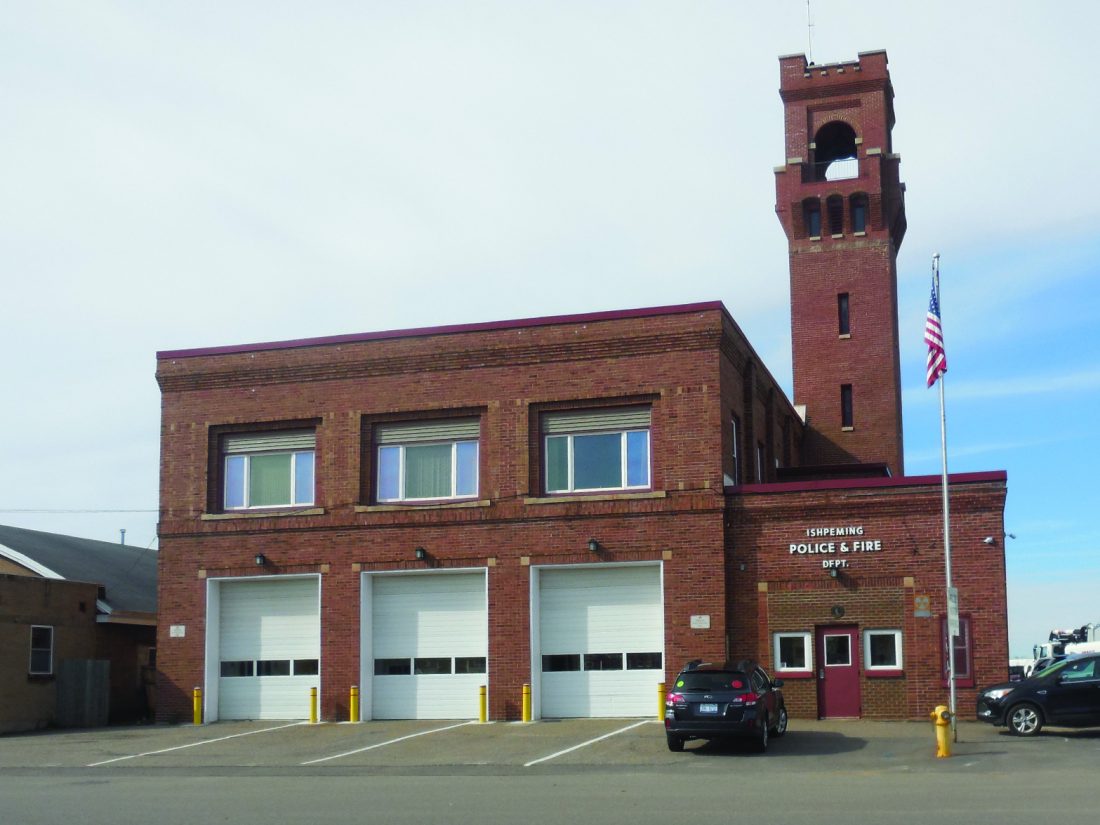 The Ishpeming Fire Hall is pictured. The Ishpeming City Council has OK’d funds to stabilize the upper area of the hose tower with netting. (Journal file photo)

ISHPEMING — An iconic portion of the historic fire station in downtown Ishpeming is falling apart, literally.

The Ishpeming City Council unanimously approved a $10,000 expenditure on Wednesday to stabilize the upper area of the hose tower with netting after it was determined that pieces of brick falling from the structure pose a threat to public safety.

“They have both given opinions on the structure,” Snowaert said. “In a nutshell it appears to be a failure of the bricks, they seem to be coming apart. We’ve also contacted Integrated Design who was the original engineer on the rebuilding of this tower back in 2002-ish.”

He said the city is still researching the type of bricks used along with other aspects of the 2002 project.

“The tower is failing,” Snowaert said. “We have moved our police cars away from the building in that area. We’ve kind of coned it off so that we don’t have damage.”

OHM senior architectural technician Terry Dahl told Fire Chief Ed Anderson in an Oct. 21 email that the best course of action may be to demolish that portion of the building.

“At this time, the only solution we would recommend based on our casual observation fo the condition (of the building) is to demolish the hose tower and either rebuild to match or modify to more cost effective solution,” Dahl states.

Councilor Lindsay Bean questioned the $10,000 expenditure if the logical long-term solution was demolition of the tower.

“If that is going to be the end result, does it make any sense to spend $10,000 to keep it up for a little while if the ultimate solution is going to be to tear it down,” Bean said. “I mean, if we are talking about potential damage to other structures, potential injury to people or damage to vehicles then there is liability, there is safety and then there is the ultimate decision about what to do with the tower. Why would we spend $10,000 if it might be better spent to tear it down?”

Snowaert said securing the tower so no more bricks can fall off and ensuring that the building can be entered and exited safely would be a first step.

“I think there is a lot to be done first, and I don’t disagree that that may be the end result because we are being told it cannot be repaired,” Snowaert said. “It may ultimately have to come down. We have more research to do to figure out what to do from there and how much it’s going to cost from there. We are not at the point right now where we are throwing blame anywhere, but we need to solve this issue at hand and deal with it from there.”

MARQUETTE — As soon as Presque Isle Park’s gated entrance opens, many visitors are found along the island’s ...