Marquette area sees over 8 inches of snow during Thursday storm 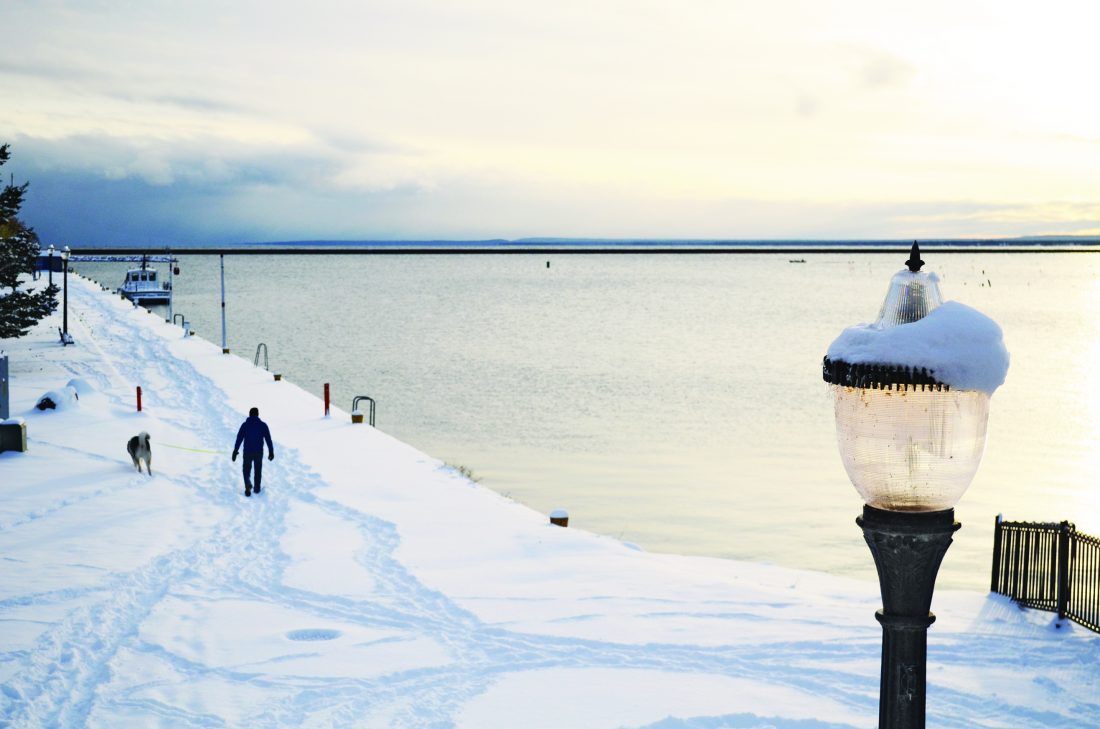 A man walks with his dog through a snow-covered scene at Mattson Lower Harbor Park this morning in Marquette. On Thursday, Marquette-area residents experienced snowfall totals ranging from 8 to 9.5 inches, closing schools and making for challenging travel conditions. (Journal photo by Corey Kelly)

MARQUETTE — Shovels and snow scrapers got quite a bit of use in the Marquette area on Thursday, as snowfall totals ranged from 8 to 9.5 inches in the city, closing schools and making for challenging travel conditions.

And it might be a good idea to keep those shovels and snow scrapers handy, as temperatures in the upper 30s on Saturday are expected to be as warm as it gets in the Marquette area over the next week and more lake-effect snow is in the forecast.

The Marquette City Police encouraged “citizens to avoid driving unless absolutely necessary,” in a Facebook post on Thursday, as the city was “experiencing extremely hazardous road conditions due to lake effect snow.”

Northern Michigan University and North Star Montessori Academy both closed early on Thursday, and numerous events were postponed or canceled due to the weather conditions.

The snow began in the morning hours of Thursday, and then “finally started to taper off around 4 or 5 p.m.,” as bands moved to the east, said Jacob Horton, a meteorologist with the National Weather Service office in Negaunee.

While it came as a shock to some, Horton said “it’s not that uncommon, it’s not unprecedented” for the area to receive over 8 inches of snow in October or early November.

Today, the lake effect band that remains in the Munising area will “slowly lift off to the northeast,” he said.

A brief area of high pressure over the area will lead to cloudy skies over much of the Upper Peninsula today, with a small chance of “brief lake-effect snow” over the Keweenaw Peninsula.

“Tomorrow a weak clipper system will move through the area, that will give us another chance of snow late tonight into tomorrow. And it might change over to a rain-snow mix in the afternoon,” he said.

For the Marquette area, Saturday is expected to be the warmest day in the foreseeable future, with highs in the upper 30s possible, he sad.

Sunday holds a chance of more snow and “temperatures are going to fall again,” Horton said.

This could represent the start of an ongoing winter weather pattern, Horton said.

With the return of winter weather, Horton said it’s important to “always be aware of changing weather conditions when you’re driving.”