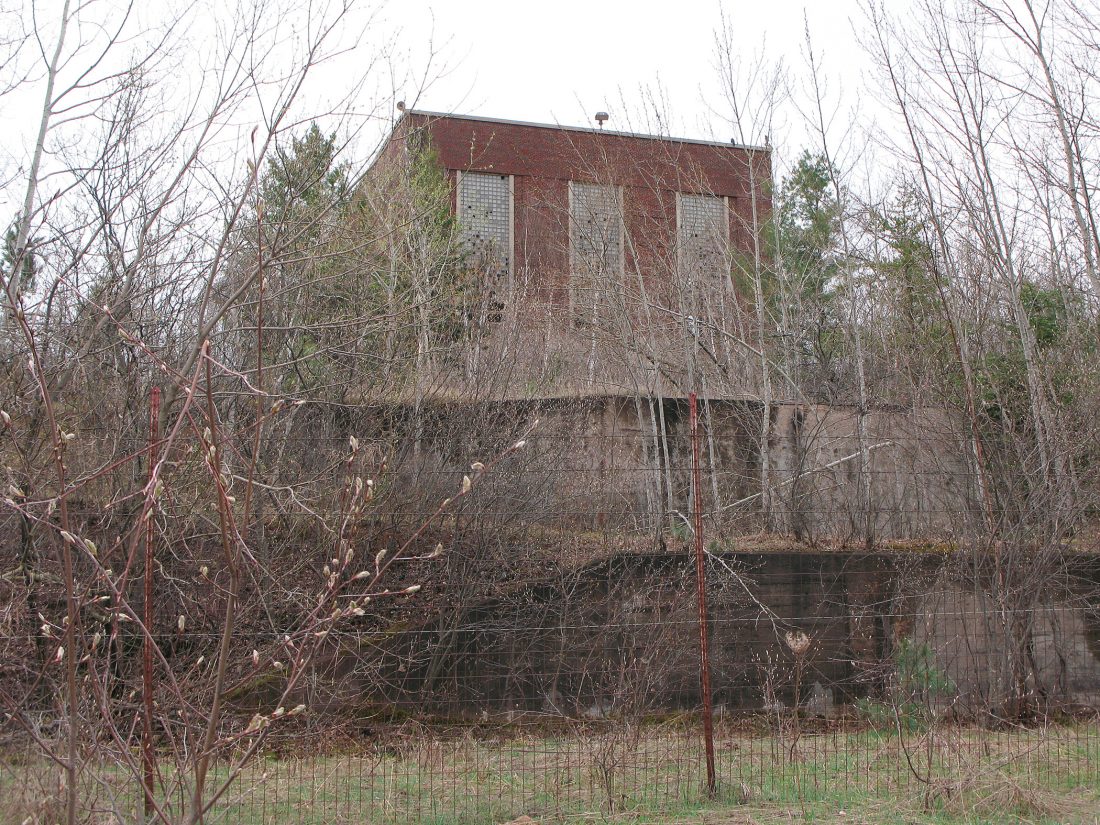 The Mather B Mine hoist house in Negaunee is pictured. The city will seek requests for qualifications to develop this historic property which was considered part of the last “great underground mines” by the Michigan History Association. The RFQ instructs developers to submit proposals that will honor the history of the site. (Journal photo by Lisa Bowers)

NEGAUNEE — The city of Negaunee will soon seek developers for the Mather B Mine property.

The Negaunee City Council unanimously approved a resolution on Thursday to allow City Manager Nate Heffron to issue a request for qualifications to “solicit the Mather B property with the intentions to enter into a development agreement.”

The city is seeking a “development partner” and would ask $45,000 for the 33.5-acre Mather B parcel, according to a draft RFQ.

“This is kind of fluid,” Heffron told the council. “There are no decisions being made. We are just starting the process to bring all the information to you to determine if we want to enter into a development agreement that might want to do that.”

The city’s vision for the site includes a development primarily focused on recreation and tourism with a creative design process respecting the historic character of downtown Negaunee, its legacy buildings and the onsite buildings; preservation of the existing onsite buildings; and incorporation of a city-accessible utility corridor. The draft RFQ also requires that a developer have a specific timeline for completion of the project.

While city officials have been in talks with at least one developer about the site, Heffron said the goal of the RFQ is to open the opportunity to any individual or company that may be interested.

“It is unclear if anyone wants to put in a proposal at this time. We are affording the opportunity for anybody in the public, including those that we have been talking to, will even put in a proposal. The reason I am bringing this to do it this way is to make it a fair playing field for anyone else who might have some additional ideas for the same property,” Heffron said. “This property is being optioned off for recreational and tourism opportunities only, going along with some of the processes we have been (following) for the last year and a half.”

The council also passed an ordinance amendment rezoning Cambria Location, including the Mather B Mine parcel, from residential to business.

Councilor Don Gladwell said he was concerned that restrictions imposed by the city might have a negative effect on property development.

“If there are three people interested in this property, why are we going to go out and pick one out of those three?” he asked. “Why wouldn’t we just let those three come to us and tell us what they want individually? The only reason why I am hesitant about this — I want it, but I worry that we would allow this individual or entity to come in, do all of this stuff (and) we throw all of these punitive things on them which, really, we wouldn’t be able to do anything about it once the foundation is built anyways. So, we just screwed that whole property for a developer that may or may not follow through on everything.”

Heffron said the city is trying to be as transparent as possible without divulging the names or plans of prospective developers.

“Behind the scenes we have had talks with individuals who may be interested in it but (didn’t) have the opportunity like we are offering to be able to do this. We are being above the water just like we would do with any other property that we have at the city. We just have different options available to us,” Heffron said. “This is just opening it up for anyone that wants an opportunity to present something.”

The RFQ was posted on Friday with a Dec. 2 deadline for responses. The submissions will be evaluated from Dec. 2-5. Finalists, if any, will be notified on Dec. 6 and will be invited to present their proposal at the Dec. 12 city council meeting. The council may consider choosing one of the proposals during that meeting. The development agreement would be finalized by Jan. 13 “or as soon as reasonably possible” the draft RFQ states “to be voted on by the Negaunee City Council at (the) regular or (a) special meeting.”