Board holds interviews for new manager 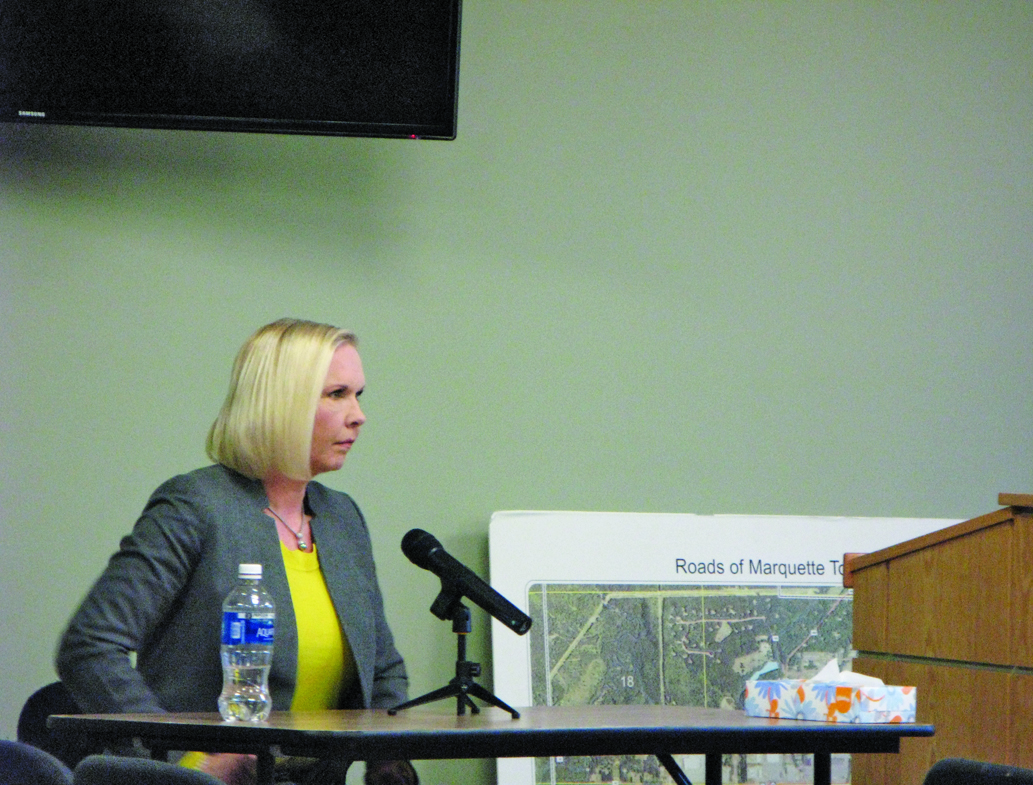 Newberry Village Manager Jennifer James-Mesloh answers a question during an interview with the Marquette Township Board on Friday. James-Mesloh was one of three candidates interviewed for the position. The other two candidates were Michigan Department of Natural Resources Upper Peninsula Trails Coordinator Ron Yesney, and Marquette Township Superintendent of Public Works Jon Kangas. (Journal photo by Lisa Bowers)

MARQUETTE — One of three candidates interviewed by the Marquette Township Board Friday could be chosen for the township’s manager position as early as next week.

The board voted to set a special meeting at 5 p.m. Monday to consider a decision.

A fourth candidate, who had the option of remaining anonymous up until being interviewed during the public meeting, removed himself from consideration about two hours prior to his expected interview time, Township Clerk Randy Ritari said.

James-Mesloh, who holds a Ph.D. in public affairs from the University of Central Florida, worked as Newberry village manager from in January 2017 until September 2019, according to her Linkedin profile and Newberry Village Board meeting minutes. Prior to that she worked as an assistant professor and coordinator of the master’s of public administration program at Northern Michigan University.

Yesney has held his current postion with the DNR since 2003. He holds a master’s of public administration with an emphasis in community development, his Linkedin profile states.

Kangas was hired as the township’s public works supervisor in September. Prior to being hired by the township he was the manager in Chocolay Township for nearly two years. Kangas also worked as director of public works and city engineer in the city of Ishpeming for over eight years. He holds a bachelor’s degree in civil engineering from Michigan Tech University.

Current Marquette Township Manager Randy Girard, who has served in the position since 2002, is expected to retire by June 1. His two-year contract with the township was set to expire on Dec. 31, but the township board voted to extend Girard’s contract in order to complete its manager search.