MARQUETTE — Two people were injured in a crash at the roundabout intersection of U.S. 41 East and Brickyard Road on Tuesday, according to the Marquette County Sheriff’s Office.

Around 2:40 p.m. 31-year-old David Schneider IV of Ishpeming lost control of his Saturn sedan and hit a 2006 GMC pickup that was in the roundabout.

The pickup, driven by Ishpeming resident Elliot Conroy, 21, rolled over the guardrail and down an embankment, the sheriff’s office press release states. Schneider’s vehicle deflected off of the pickup and hit the guardrail along Brickyard Road.

Both drivers sought their own treatment for their injuries, and Schneider was cited for violation of the basic speed limit and driving with a suspended license.

Deputies were assisted at the scene by Marquette Township Fire and EMS and Marquette Detailing. 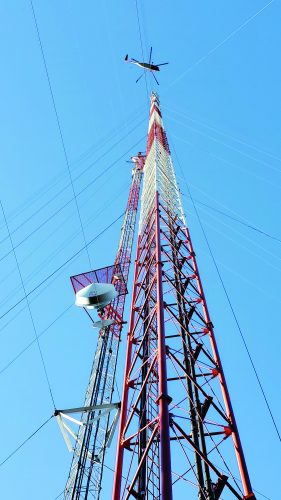