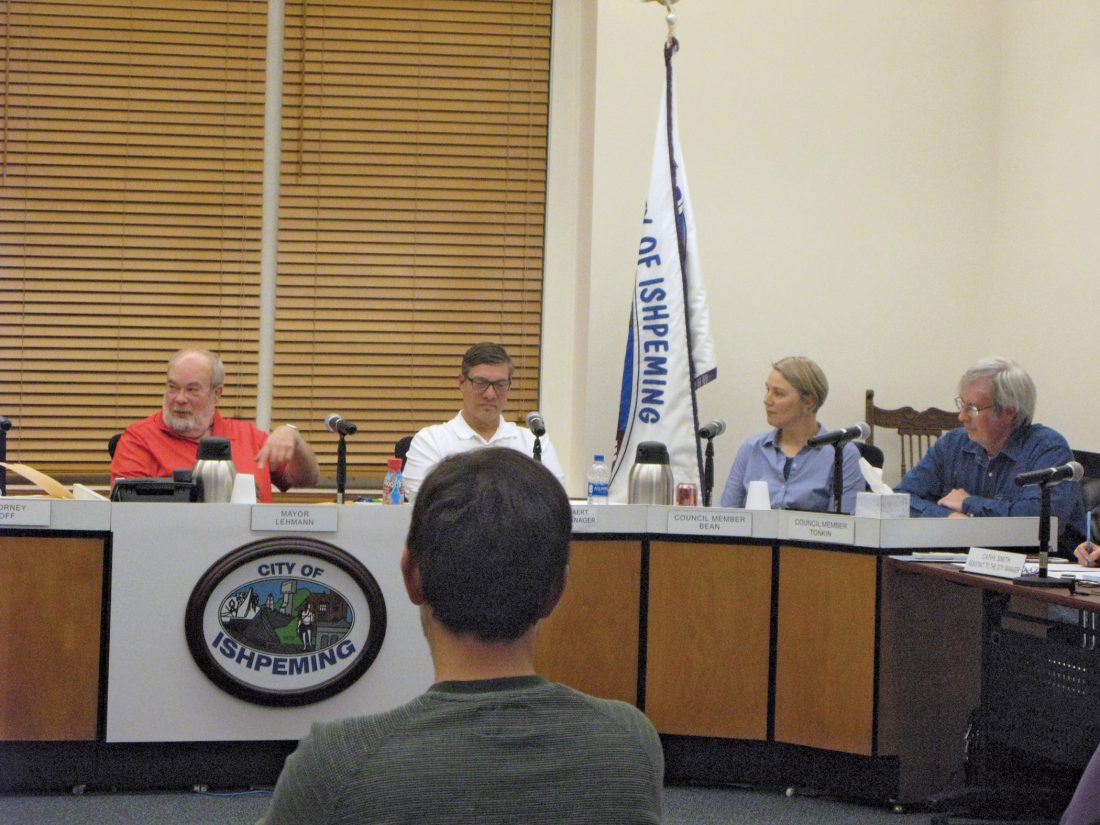 From left, Ishpeming Mayor Karl Lehmann, who tendered his resignation Wednesday, thanks members of the city council and staff as interim City Manager Steve Snowaert, Councilor Lindsay Bean and Councilor Mike Tonkin look on. Lehmann is resigning effective Oct. 25 because he will no longer live within the city limits. (Journal photo by Lisa Bowers)

ISHPEMING — The reason Ishpeming Mayor Karl Lehmann will step out of his position comes down to a few blocks.

Lehmann tendered his resignation Wednesday because he is moving into Ishpeming Township.

“I am reluctantly giving up my position,” Lehmann said. “As many of you know, my father passed away last month. And it had always been my intent to move into the family house. My grandfather literally built it and it’s three blocks into the township. So, I need to move on.”

Mayor Pro-Tem Mike Tonkin will serve as mayor following Lehmann’s departure, and the vacancy on the council will be filled by advertising the position in the newspaper, as prescribed by the city charter, City Attorney Bonnie Hoff said.

Lehmann was elected mayor in November 2018 and would have served as such until his term expired in 2020.

Lehmann took the time to thank fellow councilors and city staffers for their dedication to the city.

He also recommended that the council consider former Councilor Justin Koski to fill the remainder of his term.

“I happen to think, and you can take it with however many grains of salt you wish, that (he) would make an excellent replacement on the city council as the legal thing progresses,” Lehmann said. “So I just wanted to get that out there.”