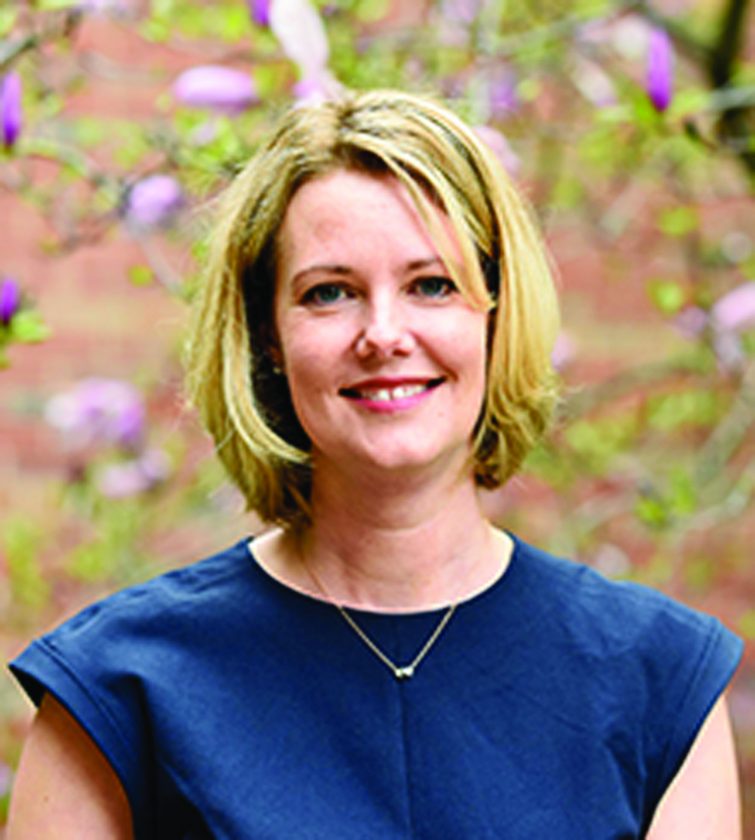 MARQUETTE — In a special interview with The Mining Journal, Director of the Michigan Department of Environment, Great Lakes, and Energy Liesl Clark discussed the mission of EGLE and its future initiatives.

Clark, who became director Jan. 1, outlined how she has spent her time in the position thus far. Her first mission as director was to use the time of transition to understand the vision and goals of EGLE members.

Transparency between the department and the public is one of Clark’s top priorities, she said. To build better communication among EGLE and Michigan’s nearly 10 million residents, the department started a Michigan Environment blog, which can be found at mi.gov/mienvironment. Two to three articles a week are posted and focus on topics such as electric school buses, septic system maintenance, staff training on nuclear power plant emergencies and more. Clark also plans to help the department update its technological resources for better time management and less risk of error.

“I’ve been really focused with our team getting everyone organized around the same priorities and giving them a chance to be brought into the initiatives so that we can create more consistency as a team so when people reach out to the department they know what they’re going to get,” Clark said. “That means a lot of time to make sure… we’re treating our 10 million bosses in the best possible way.”

Improving communication within the department and throughout Michigan also would allow better understanding of the environmental issues that face the state, such as high water levels.

“We are all feeling the effects of the high water levels right now because of the spring we had and just where we’re at in the water cycle,” Clark said. “The groundwater retention is full, the lakes and streams are full, so any storm event can have a really dramatic effect on folks along the shore as well as even inland along inland lakes. So, we’re having lots of conversations about Great Lakes water levels.”

Furthering access to clean drinking water in Michigan’s 83 counties is another important initiative the department is working toward. Facilitating conversation and educating members of rural communities on such topics can often be more difficult since not everybody has access to internet or other forms of communication.

“I’m from a rural community, so I think about the complement of resources that we added with the reorganization, and to me it’s not just how are we having conversations in urban communities, but it’s very much how’re we having conversation in rural communities,” Clark said. “That additional communication is going to help us when talking about what’s going on with drinking water, what’s going on with Great Lakes water levels. We’ve got to be more robust in our communication methods.”

Educating the public on the complications surrounding these issues will help them to better understand the actions of EGLE, she said. Environmental issues such as rising water levels are difficult to act upon, Clark said, but it aims to prioritize such matters to “be more nimble in [its] response.”

The effects of a lack of education and resources can be seen in Michigan’s low recycling rate, which is at just 15%, Clark said.

Last month, EGLE contributed to the Marquette County Solid Waste Management Authority’s plan to switch to a single-stream recycling system. This would allow for the collection of recyclable materials on an every-week basis and make recycling more easily accessible for residents, she said.

“I think initiatives like this demonstrate ways where we’re trying to be creative about reducing those barriers, so that’s certainly the first step,” Clark said.

She is excited about the community’s interest in the project and the opportunity to think about the full system such as how the materials will be put to use once recycled. Ideas for the materials so far include turning glass into a sand-like material to be used in the winter on roadways and working scrap tires into roadbeds.

EGLE also has some authority over Enbridge’s Line 5. The department’s role is in the Public Act 325, which focuses on submerged bottoms. EGLE hopes to protect the environment during the course of the pipeline’s operation in the straits. The pipelines environmental impact and other avenues of supplying the peninsula with energy should the pipeline fail are discussions being had during meetings held as part of the the U.P. Energy Task Force, which aims to assess the overall energy needs of the Upper Peninsula, formulate alternative solutions for meeting those needs and evaluate potential changes that could occur to the energy supply and distribution chain.

“We have low-income residents who are using electricity to home-heat their houses because the utilities have anti-shutoff provisions and so they can’t shut people off,” Clark said. “Well, that’s gut-wrenching. How do we think about those programs in a different way were something to happen? If something happened that took that line out of commission, how are we going to protect the U.P. residents from that impact to the best of our ability? So, that’s the point of the U.P. Energy Task Force,” Clark said.

The task force’s next meeting will take place from 10 a.m. to 4:30 p.m. today at Lake Superior State University.