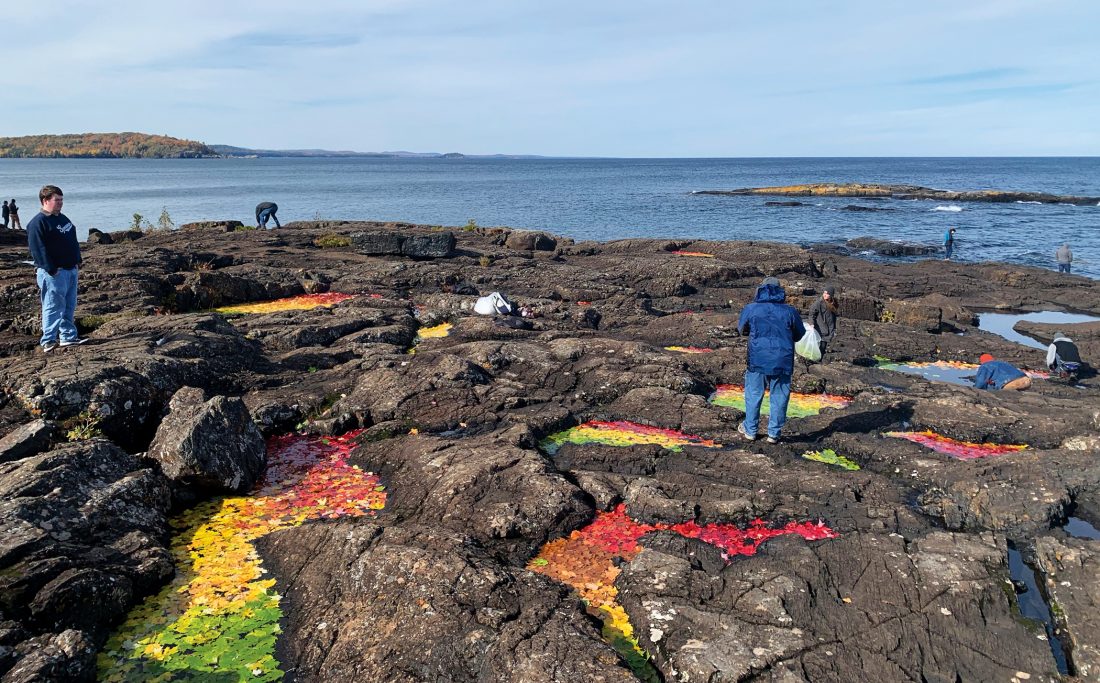 MARQUETTE — As fall comes to a close, colorful leaves hanging from the trees are now dotting the ground. But on Friday, the leaves at Presque Isle’s Black Rocks rested in puddles according to their color.

Earth art is ephemeral and constructed of natural materials. The work is also performative, meaning the making of the art is just as important as the completed piece, Cleary said.

Earth art is also referred to as earthworks or land art and is most famously known from the works of Andy Goldsworthy.

“The focus is that mainly the materials are natural themselves,” Cleary said. “If it was made out of ice, it would be allowed to melt or something like that.” 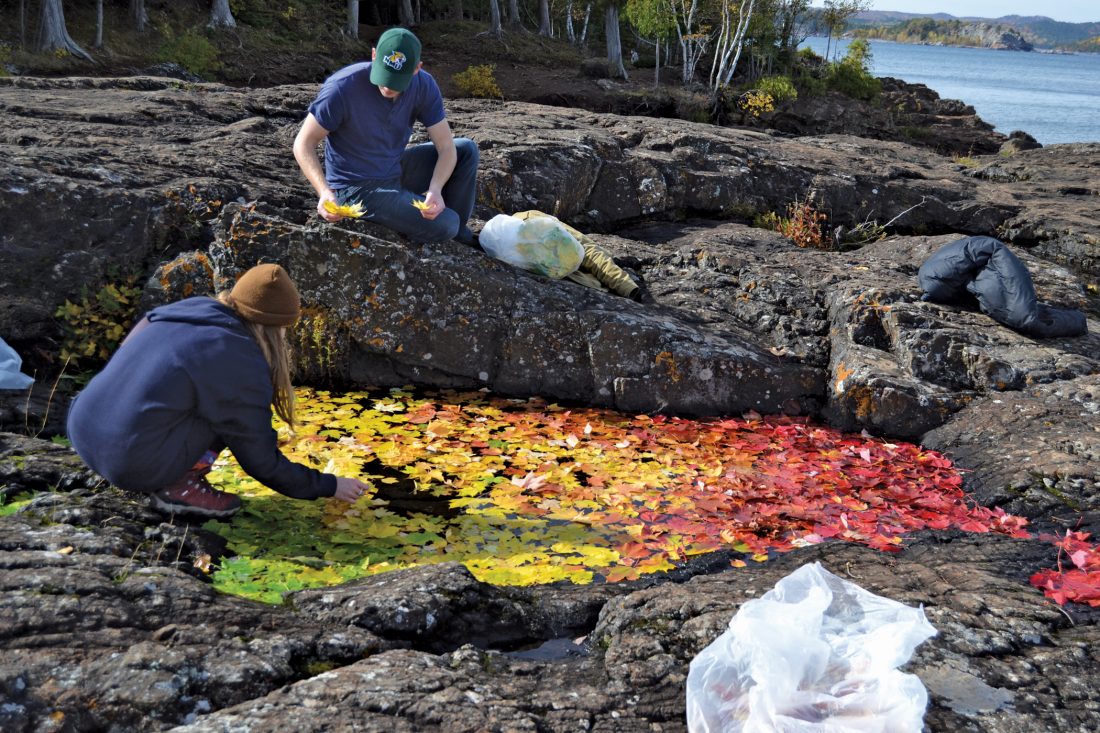 Students gathered and separated leaves by color and transported them to Black Rocks. In the shallow puddles students arranged the leaves from green to yellow to orange to red. The bright colors popped surrounded by the dark stone.

These earth art demonstrations, which have been executed over the past three or so years typically at Black Rocks, are an opportunity for students to work together on an art project without the pressure of earning a grade on the work, Cleary said.

“I get to work with students to do it. I could never make these works on my own. It’d be too much, so the collaborative process is very important to me and I also think it teaches the students that collaborative art making can be very rewarding,” Cleary said. “They’re a little hesitant to always work collaboratively because art is about being original and your own ideas and stuff, and I like to teach it to also break down some of those boundaries.”

He noted that throughout the project, the group became more efficient at arranging the leaves.

“At first it was taking forever and everyone was trying to be very precise but we found a lot of ways to make the work easier as we communicated and collaborated better,” Cleary said. “It’s fun to overcome that.”

But the best part of the project is seeing bystanders interact with the work and the students who created it, he said.

“It just makes people engage the space differently. They may stay an extra five minutes, they might walk around a little bit more, later in the day you might look at a tree a little bit differently because of the way you were looking at the leaves in there,” Cleary said. “It’s also about a stirring up or a waking up of the senses to the world as it is. It’s not a complex project, it’s a very simple thing that we’re doing. But just by spending time and putting it in there, it hopefully changes people’s engagement and maybe they’ll also wonder why on Earth it’s even there.”

A lot of interest has been generated from previous earth art demonstrations, Cleary said, and he is thinking of opening up the projects to more people, but must consider the effect of the earth art on the landscape. He has plans to stage another earth art project this winter using snow as the natural element of the piece.

Previous projects have included building fences from gathered sticks and arranging rocks into various designs at the Black Rocks cove.

“I hope the attention changes people’s perceptions and just how badly they maybe want to be outside or go wandering outside or engage the landscape themselves too,” Cleary said. “That’s the real ultimate goal of the project.”