City of Negaunee looks at changes to retirement plans 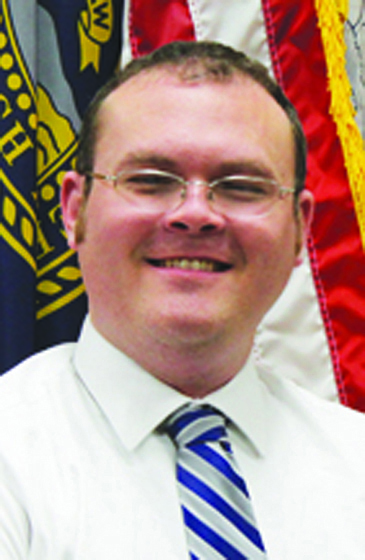 NEGAUNEE — Negaunee city officials want to explore the possibility of moving their employee pensions out of the Municipal Employees’ Retirement System.

City Manager Nate Heffron on Thursday asked the Negaunee City Council to consider increasing a line item in the city’s 2020 budget by $11,000 to fund a study into whether the city and its employees are getting value from the MERS retirement plan, as compared to other retirement funds, such as the one used by the Negaunee Police Department.

“In my opinion, MERS doesn’t seem to be pulling their weight,” Heffron said. “We seem to be going backward. You just heard at the last audit that we invested nearly $500,000 and we lost nearly $250,000 supposedly during the biggest economic boom our country has had in recent history. The police department was only down 1.5%. So what we need to do, in my opinion, is budget for this, come back in January and talk to you about this and see if you believe this is a proper action.”

The city’s $12.5 million pension liability is 49.5% funded, and is considered “underfunded” by the state since the city’s annual required contribution in 2019 of $486,713 would constitute 11.2% of the its annual operating revenue.

Public Act 202, which passed the Michigan Legislature in 2017, implements recommendations to address unfunded pension and retiree health care liabilities in the hundreds of cities, villages, townships and counties in Michigan that provide those benefits to their employees.

Under the law, according to the Michigan Department of Treasury website, a municipally held employee pension system that is less than 60 percent funded and requires an annual contribution that constitutes more that 10 percent of the municipality’s general fund operating revenue would fall into an “underfunded status.”

It’s unclear how many municipal entities considered to be underfunded per PA 202 guidelines are tied to MERS. But, according to a brochure on the mersofmich.com website, 84% of Michigan’s pension plans participate in the system.

Heffron said Negaunee administrative officials applied for a waiver in September, and that he does not agree with the state’s assertion that the city is underfunded, primarily due to revenue received from the city’s water, sewer and electric funds.

“The city of Negaunee has an electric fund that has contributed to the general fund every year via transfers. Starting in 2019 we are categorizing these transfers as Payments in Lieu of Taxes so they may be counted as general fund revenue,” Heffron’s waiver states. “We are starting with up to a 7% PILT based on electric fund revenues, which will generate approximately $250,000 every year until 2024. This, in combination with the previous excess payment adjustment will bring our MERS funded ratio to at least 60 percent funded by 2025.”

The city of Negaunee is not alone, as it’s just one of around 200 municipal entities that require corrective action across the state under PA 202, with seven of those in Marquette County, according to a 2018 treasury report.

Mausolf said the organization’s primary goal as the investment plan’s primary fiduciary is “to grow assets at a rate which, when coupled with employer and employee contributions, provides for the retirement benefits of our members.”

She said retirement plans “operate over long-term time horizons,” so MERS focuses on long-term rates, which are calculated by an external banking custodian and audited annually.

“History shows us that market performance will fluctuate from one year to the next,” Mausolf said. “Specifically, 2018 market performance experienced more volatility than we have seen in the past two years, due to a variety of macroeconomic factors. This is where a highly diversified portfolio plays a role as a key strategy to MERS’ asset allocation and investment philosophy and strategy. While it is impossible to foresee all market risks, a goal of the portfolio is to provide protection in the down markets, as we have to still be able to pay pension payments, while participating in upside markets. In 2018 the portfolio lost 3.51%; while this was a loss it did not impede our ability to pay pension payments from our $11 billion portfolio.”

For now, Heffron said the study is simply a first step to collect information and determine what the best course of action would be for the city.

“But we can’t know anything until we start the first process,” he said. “We need to be able to make that determination and remain very cautious. If they do come back and say one of your options is to get out of MERS, then we would enter into negotiations with the union. The goal would be that everyone who gets what they are getting, will get the same thing. We would just be in a different system. In the very end, we do not want to be balancing our budget on the backs of our employees. These are people we made promises to and we intend to keep those promises.”