Celebration of plaid to spread smiles 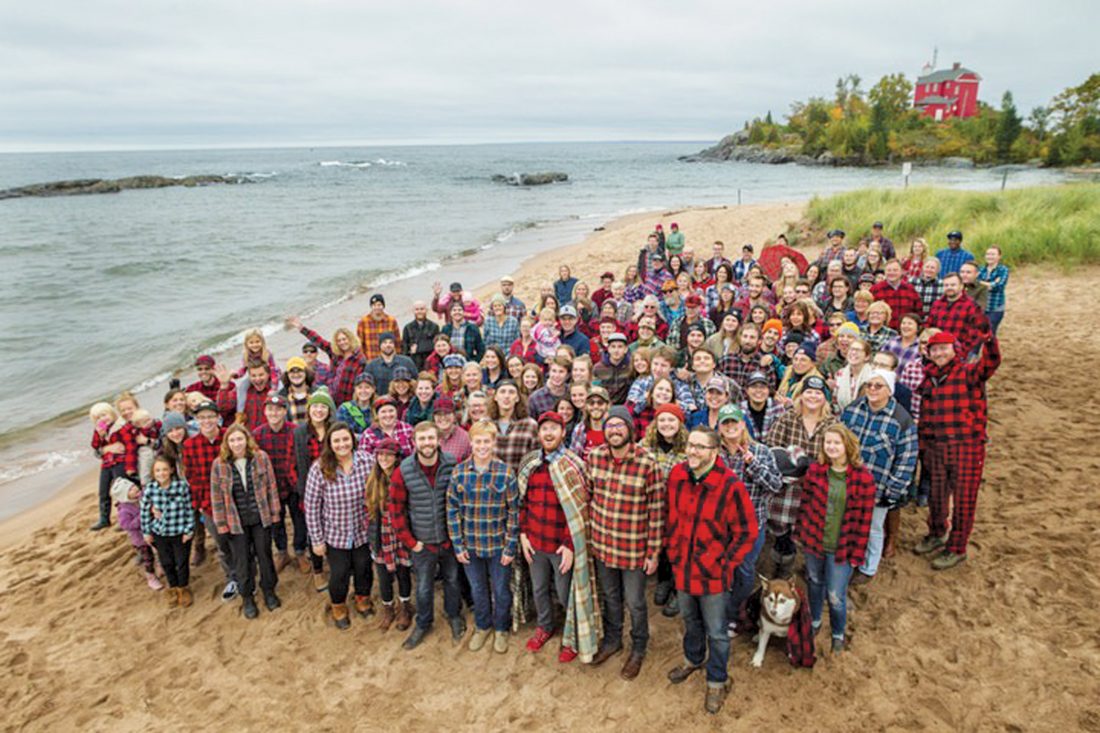 Some 141 Plaidurday participants are pictured in front of McCarty’s Cove in Marquette for the 2018 Plaidurday celebration. (Photo courtesy of Plaidurday)

MARQUETTE — You may be able to tell if people are Yoopers by their accents, their Stormy Kromers or their plaid shirts.

Plaidurday, a worldwide celebration of plaid, will take place Friday and be celebrated in Marquette with a group photo on the stairs of the Peter White Public Library at 5:30 p.m.

Founder of Plaidurday Bugsy Sailor said the idea for the event started because of a coworker’s comment.

“At the time I was living in Lansing and being a true Yooper I wear lots of plaid and flannel,” Sailor said. “One of my coworkers at the time said ‘Bugsy, you wear too much plaid and it’s taking away from your potential in life.’ He said it in jest but I said, ‘All right, forget you. I’m going to wear more plaid and I’m going to create a holiday after it.’ The first year was a small thing with me and my friends to wear plaid and celebrated every year since.”

The holiday was first celebrated in 2011 and is now celebrated annually in a Texas elementary school and a Denmark library. Previous Plaidurdays have also served as educational opportunities for students and communities to learn the history of lumberjacks and as a clothing drive to be donated to shelters and secondhand shops.

“In the U.P. it’s definitely a color scheme of choice,” Sailor said. “We wear lots of plaid but what’s been really fun to watch is I use this tag line now that it’s the worldwide celebration of plaid because we’re all connected by a common thread, which I really like. I think it’s resonated very well because it’s easy for anyone to participate. Most people have a plaid shirt in their closet. When you get a bunch of people together all wearing plaid it’s kind of comical and it makes people smile, but it’s really about just having fun. If it’s an office party or casual Friday where everybody’s wearing plaid or a classroom setting, it works really well and creates a sense of camaraderie.”

Sailor said the holiday is fun because everybody can participate and make what they like of the event. He encouraged all to participate as it’s a fun way to meet new people and spread smiles.

“It’s very easy. You don’t have to come to the photo you can just be at home wearing a plaid shirt and be participating,” Sailor said. “I grew up wearing it. For me it definitely came from a lot of the skateboard and snowboard culture always wearing a plaid shirt. I’m very particular in the types of plaid that I like, so I like big bold blocks of plaid rather than many small lines but it comes in many varieties.”

Here’s how to celebrate Plaidurday according to the website:

≤ See someone wearing polka dots? Encourage them to try plaid

≤ Give compliments. People will see your plaid and think, “Gosh, people who wear plaid are really nice.”

≤ Gift some plaid to friends and family

≤ Organize a staff or classroom photo

Sailor also encourages all to “go on social media and tag a photo with the #plaidurday or the accounts are all @plaidurday.”

Ore Dock Brewing Company will also be collaborating with Stormy Kromer to celebrate Plaidurday with the release of the Six Pointer Lager. Free brewery tours will take place every 30 minutes from 5 to 8 p.m. Merchandise, giveaways, live music and other festivities will be available at the official Plaidurday after party.

For more information on the event visit Plaidurday Six Pointer Release on Facebook.