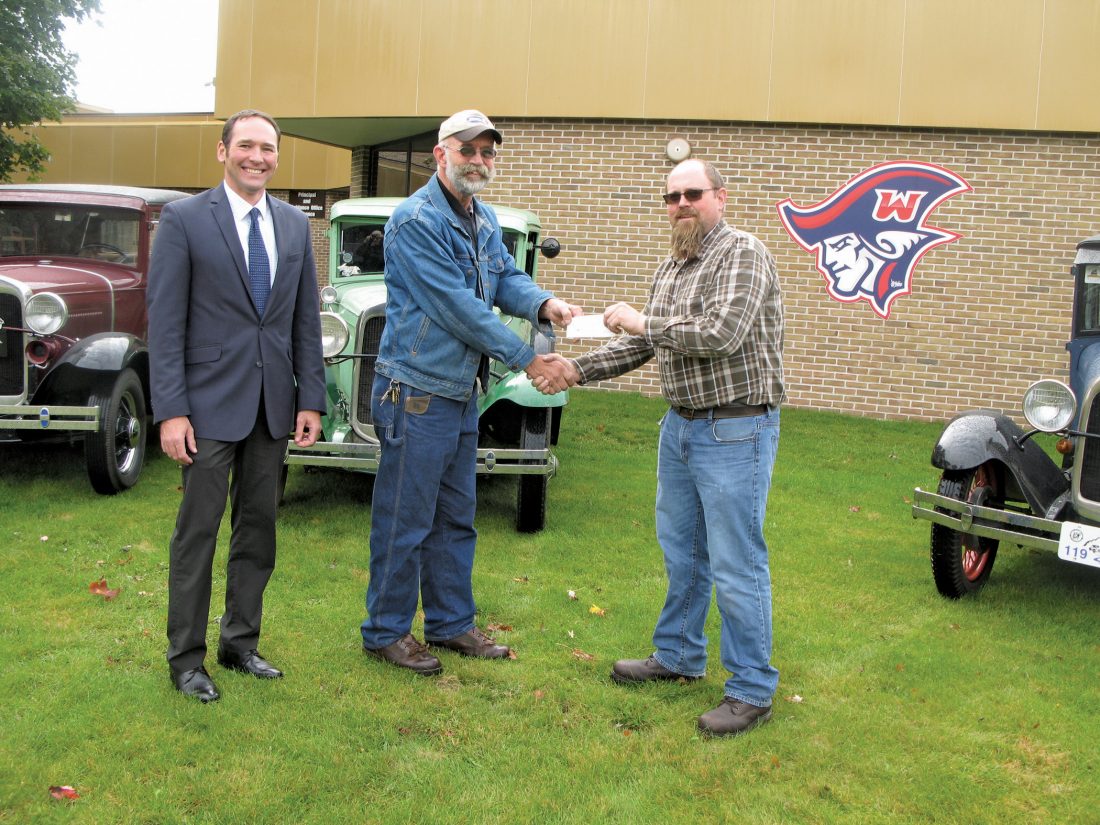 ISHPEMING — They probably won’t work on Model A’s anytime soon, but people who own these classic vehicles are making it easier for West Ishpeming teens to learn about automobiles in general.

The Superior A’s Model A Club gave the auto shop program at Westwood High School a check for $4,000, with the club’s Charlene Reynolds donating another $500 in memory of her late husband, Jim.

The Model A is a unique car, said club President Steven Pellinen, and it’s a passion shared among the membership.

“We all have that one thing in common: what he called ‘Henry’s Lady,'” Pellinen said.

Henry, of course, is its maker, Henry Ford.

The Superior A’s Model A Club, based in Ishpeming, is a chapter in the Model A Ford Club of America and a region of the Model A Restorers Club. On its website at superioraclub.com, it referred to the Model A, built from 1928 to 1931, as one of Ford’s finest automobiles.

“The automobile is an exciting piece of our history,” Pellinen said.

In fact, Pellinen said Ford was an inspiration for the club’s donation to Westwood, having done a lot for communities, especially in the region.

He said the club saw an opportunity to be on parallel with Ford’s generosity.

“What Henry did in his time, we can do in a small way for our community in our time,” Pellinen said.

He believes young men and women don’t mind getting their hands dirty “twisting a wrench” and the like, and the donation can help Westwood students in this way.

“When a group like this steps forward and makes a generous donation, it makes a world of difference, because obviously at school like ours, even though we’re financially stable, we do operate on pretty thin margins, so generosity like this is just so well received because it goes right into the classroom and in front of the kids,” DeAugustine said.