Let there be beer

The U.P. Beer Festival in the Mattson Lower Harbor Park in Marquette provides great beer for attendees, as this trio of photos from one year ago attest. (Journal file photos) 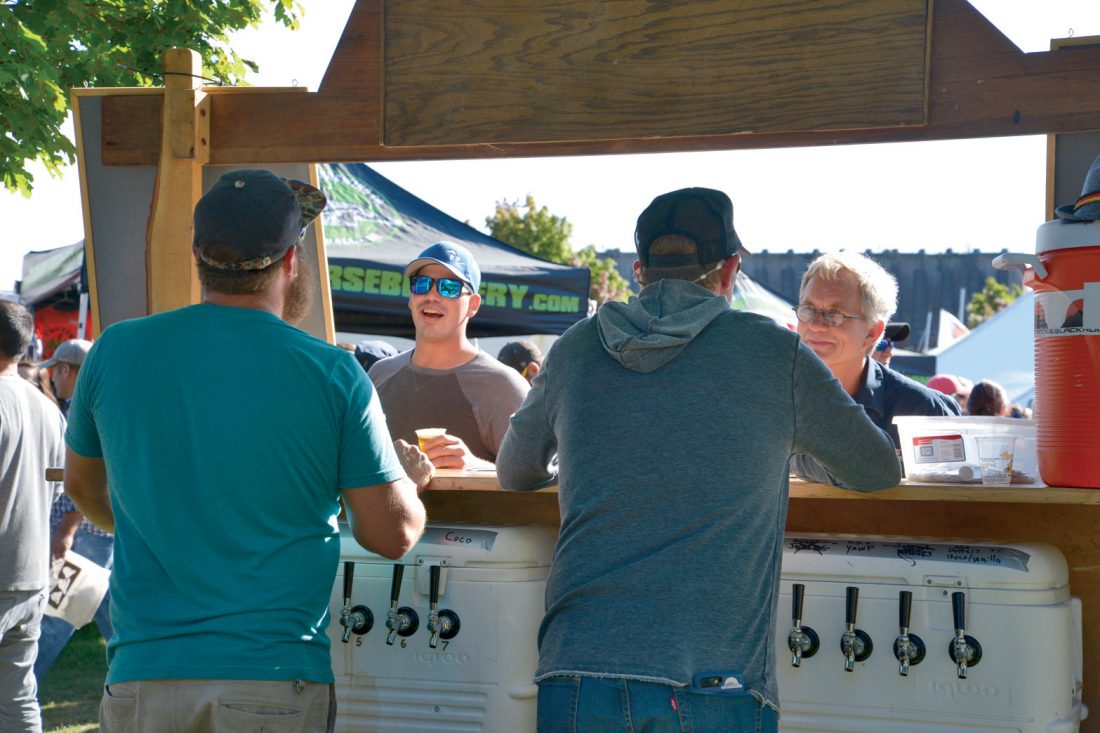 The event will take place at Mattson Lower Harbor Park. Hours are 1 to 6 p.m., with one-hour early admission for Enthusiast Members with special beer offerings planned during the first hour.

“The U.P. Fall Beer Festival provides a unique opportunity for people to enjoy fine craft beer along the shores of Lake Superior, undoubtedly the most scenic of our festival settings,” Dianna Stampfler of Promote Michigan said in an email. “This is our 11th year for the event, which has been a showcase for the beer-centric town of Marquette and a highlight of Marquette Craft Beer Week, Sept. 3-8.

“This event is a pretty laid back affair, with weather that is still sunny and nice. I’ve heard many of our attendees and breweries say this is one of their favorite events.”

Festival tickets are available for $45 in advance or $50 the day of the event, online at www.mibeer.com/Events/-up-fall-beer-festival, and select Marquette locations, including The Vierling & Marquette Harbor Brewery, the Ore Dock Brewing Co. and the Marquette Food Co-op.

Tickets also will be available at the Will Call tent at the festival entrance starting at 11 a.m. Saturday. 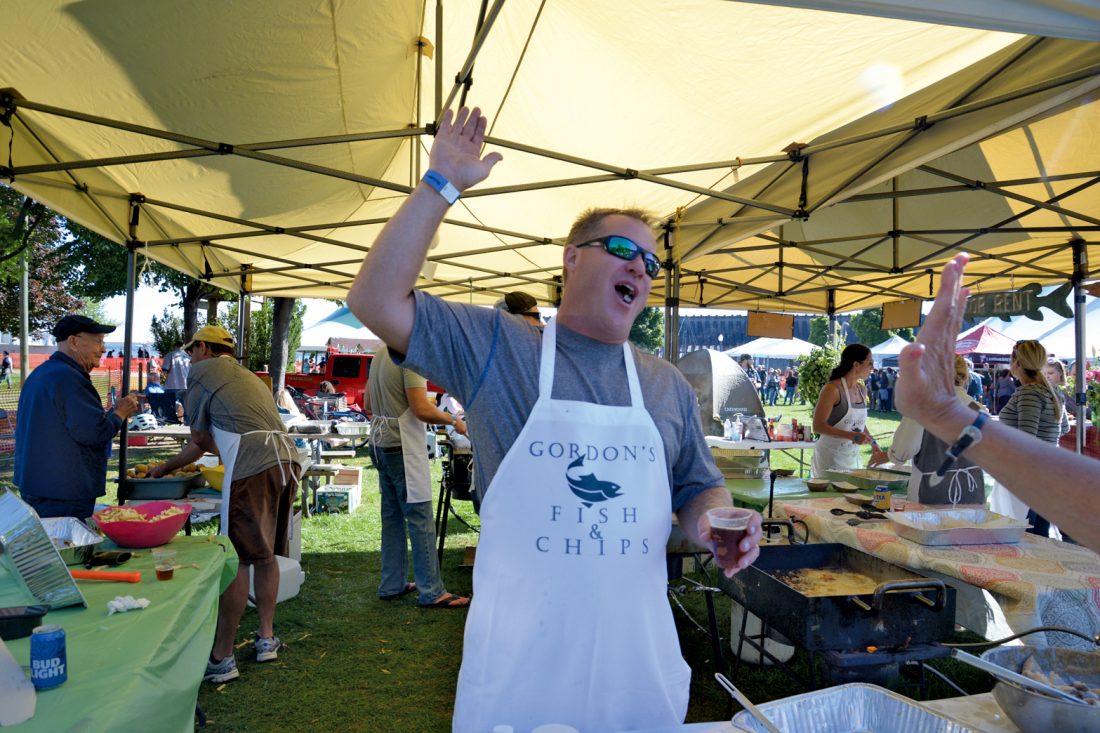 Visitors can choose from 650 unique Michigan-made beers at the festival, and their names are as unique as their tastes.

For example, the Marquette Township-based Barrel + Beam will show off its Sahti, a Michigan-sourced farmhouse ale with juniper and rye.

Aberrant Ales, located in downstate Howell, will offer its sour beers titled Shot Through the Heart and Unicorn Vengeance.

Marquette’s Blackrocks Brewery will have its Electric Squirrel Wheat and Dirtbag Session India Pale Ale. On tap from the Ishpeming’s Jasper Ridge Brewery will be its Blueberry Wheat. 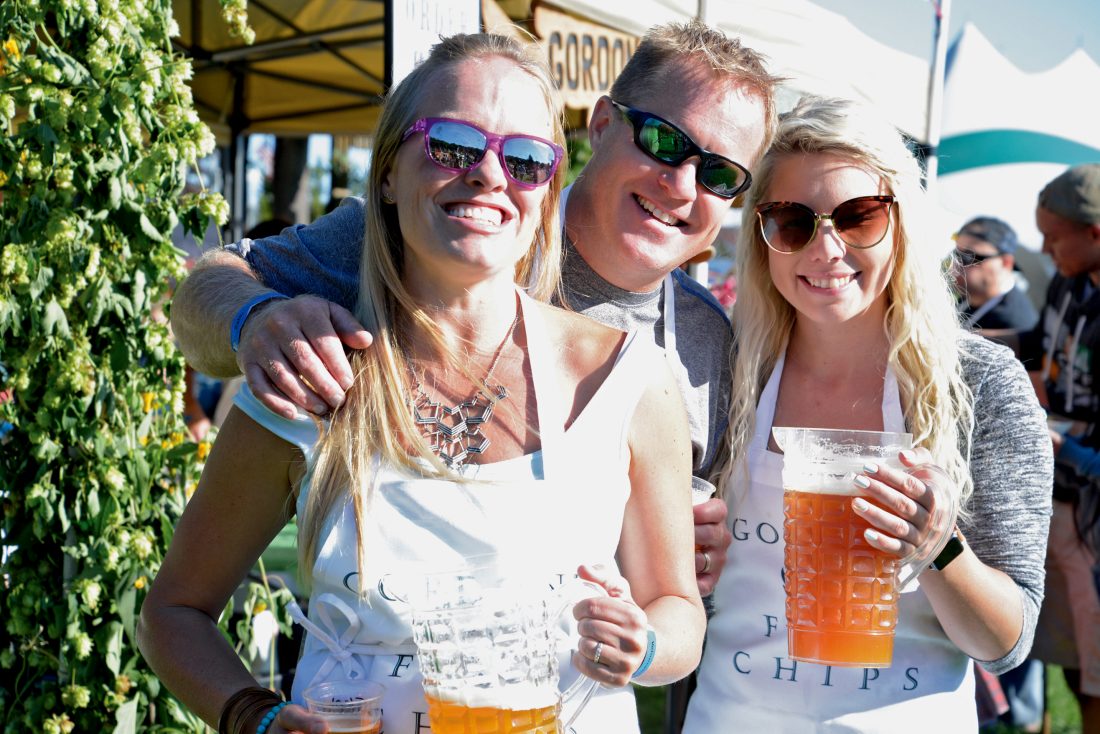 The Michigan Brewers Guild, which was formed in 1997, held its first festival in July 1998. Today, the guild hosts four festivals dedicated exclusively to Michigan craft beer produced by its more than 290 member brewers — a number that increases monthly.

The guild, a network of innovative brewers that serves as the recognized advocate for the Michigan craft beer industry, has as its mission the promotion and protection of the industry. The goal is to help craft beer acquire 20% of the market by 2025.

The brewing industry contributes more than 17,000 full-time jobs and $700 million in labor income and wages, with a total economic impact of over $2.4 billion, according to the guild. Michigan ranks fourth in the United States in terms of overall number of breweries, microbreweries and brewpubs.

However, the U.P. Fall Beer Festival is about fun too, judging from Facebook comments.

Brett Hartranft of Ann Arbor is part of a volunteer team, or “keg team,” which means he delivers ice and beer to brewery booths at the event.

“The U.P. festival is great because you get so many U.P. breweries together in one place,” Hartranft said. “Normally they don’t come to the downstate festivals, so this is a really unique opportunity to sample from far-flung spots.

“Plus, the view can’t be beat. Looking out on Lake Superior with a beer in your hand makes you fall in love with Marquette and the U.P.”

Ryan Higbie of Marquette said he and his wife have been to every festival. “After the first one, she told me, ‘If you are ever out of town for beer fest weekend, I’m going without you.’ Now we set up child care a full year in advance for the next U.P. beer fest.”

Entertainment this year will be The Organgrinders Blues Band followed by Frank An Da Beanz.