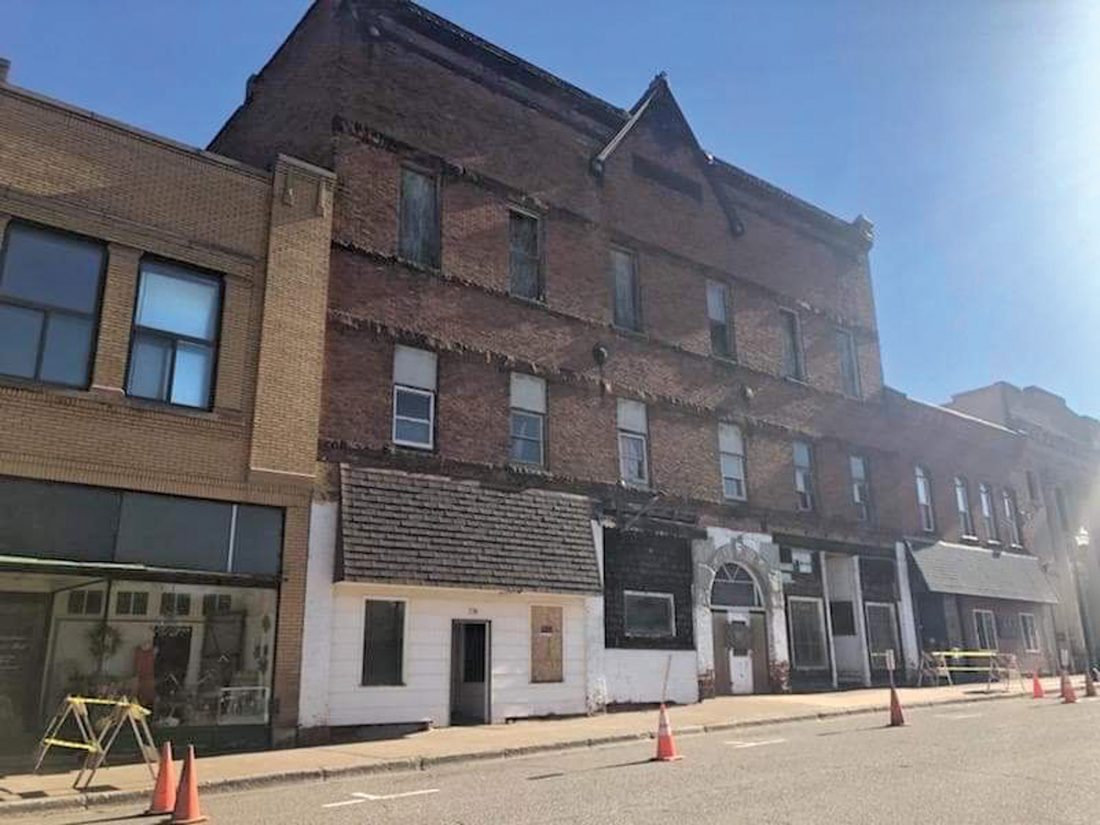 A court settlement reached between the city of Negaunee and Marquette County on Monday means the planned demolition of the Kirkwood Block, pictured above, will go forward. (Journal file photo)

MARQUETTE — A court settlement reached between the city of Negaunee and Marquette County on Monday means the planned demolition of the Kirkwood Block will go forward.

The city filed a complaint in Marquette County Circuit Court Friday in response to “the county’s stated position to prevent the (city of) Negaunee from proceeding with demolition of certain condemned property … the building located at 324 Iron St.”

After a brief conference in Judge Karl Weber’s chambers Monday morning, attorneys on both sides came to an agreement.

Marquette County Civil Council Wendy Leukuma said a demolition permit could be issued by the county based on information presented by the city.

“The county codes official may rely on the city’s assertion that they have a duly enacted property maintenance code and ordinance, that it has followed the prescribed procedures for the demolition of the Kirkwood building located at 324 Iron St. in Negaunee and that it is the owner and authorized agent by virtue of the owner’s failure to comply with the ordinances and orders (to) demolish,” Leukuma said. “As such, the county may issue a demolition permit for the building upon application by the city.”

On Sept. 4, according to the city’s complaint, Marquette County Building Official and Construction Codes Manager Paul Knox informed both the city and its Grand Rapids-based contractor, Pitsch Cos., that a previously ordered demolition permit was revoked “due to the owner of the Kirkwood building objecting to the demolition.”

“The county has taken the position that without the owner’s consent, no demolition permit will be issued, and that should Negaunee and/or Pitsch proceed with the scheduled demolition on Sept. 9, 2019, the county would immediately issue a stop-work order pursuant to the Michigan Builders Code,” county documents state.

Kirkwood owner Eric Miljour was not named in the complaint, which states that the city took steps under its property maintenance code following a partial roof collapse of the three-story building on May 16.

“Given the clear and present danger presented by the Kirkwood Building to the health, safety and welfare of the Negaunee citizens and guests,” the complaint states, “as well as the significant amounts of money expended on this matter by Negaunee to remediate the Kirkwood building due to the owner’s failure and/or refusal to comply with a valid order of demolition, immediate resolution of this matter is required.”

Pitsch is on-site at the Kirkwood this week preparing for demolition, which is expected to happen next week, city officials said.