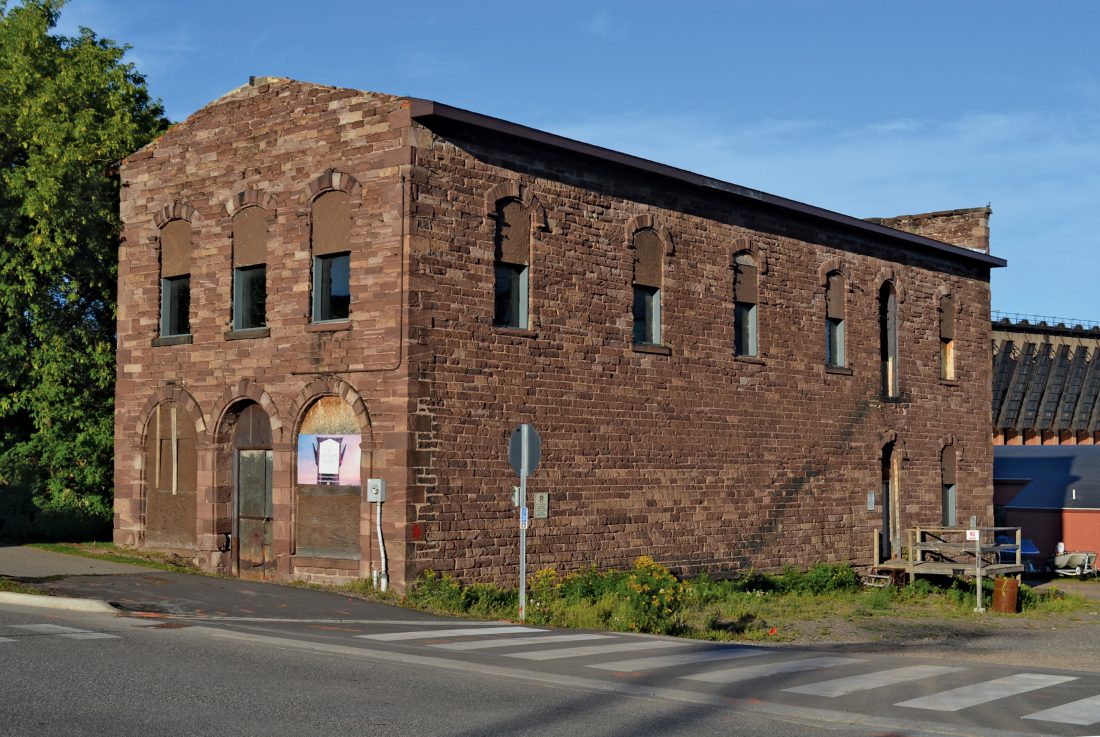 The Customs House located at 311 S. Lakeshore Boulevard in Marquette is pictured. Customs House LLC, which purchased the historic brownstone building in September 2018 and plans to redevelop it into condominiums, has filed a lawsuit against the city of Marquette, with a court date scheduled for Monday. One of the allegations contained in the lawsuit is that the city has “overburdened” an easement to the city — which is through a partially paved area east of the Baraga Avenue and Lakeshore Boulevard intersection on the Customs House building’s south side — on the private property, the developers said. (Journal photo by Cecilia Brown)

MARQUETTE — Litigation between the city of Marquette and local developer Customs House LLC is headed to court, with a pretrial hearing set for 9 a.m. Monday in 25th Circuit Court.

The lawsuit, filed by Customs House LLC — which purchased the historic brownstone building at 311 Lakeshore Blvd. in September 2018 with the intent of redeveloping it into condos — contains several allegations about the city’s dealings with the property.

One issue is a city easement on Customs House property. The developer alleges the city is “overburdening” by labeling the property as a public road, Nicole Gregory of Customs House LLC said in a phone interview, adding the area is also the only way to access the future Founders Landing Pier to be constructed by the city.

“They’ve labeled it East Baraga (Avenue). The city of Marquette has labeled it as a street and it’s not. It’s private property,” Gregory said.“However, Customs House wants the community of Marquette to have access to the upcoming pier and that’s really the only way to access it.”

The easement is on a partially paved area east of the Baraga Avenue and Lakeshore Boulevard intersection on the Customs House building’s south side. The city, which owns an adjoining strip of land situated between the Customs House Property and One Marquette Place, has easement rights to the private property as an adjoining property owner, as do One Marquette Place and Dockside Marine, Gregory said.

However, the city easement is meant to give “access in and out” for city workers, meaning it’s not a public street or a parking area, Gregory said, emphasizing it is a “private property and private easement” and she believes the city has “overburdened” by calling it a street.

In the suit, Customs House LLC alleges the city is “trying to turn a private easement into a public street without paying for it,” because the city “called the easement Baraga Avenue Extension and attempted to pave it over,” Gregory said in an email.

Furthermore, she stated the city “admits that Baraga Avenue ends at Lakeshore” Boulevard and has refused “to pay anything for the access to developments.”

“The city has developed all of the land to the south and all the infrastructure need for the Founders Landing, are they going to leave lack of public access? They have picked their own interest and those of those with politically connected developers over the little guy,” Gregory said in the email. “Who else has this happened to in the past?”

While Customs House LLC has “been trying to resolve the issue for over a year,” the city of Marquette “refuses to negotiate in good faith,” Gregory said in the email.

Customs House LLC also alleges the city “refuses to offer any compensation to taking private property, overburdening the easement or water damage caused to Marquette’s oldest building by faulty sidewalk design.” The water damage has occurred because the grade of the sidewalk parallel to Lakeshore Boulevard is raised above the front entrance to the building, Gregory said.

“The elevation has been raised up basically to create negative drainage into the building,” she said in the phone interview.

Because of this, Customs House LLC states it has “been forced to sue the city to recover damages (from) faulty city sidewalk design and gross burden of private property.”

Customs House LLC also alleges the issues have caused “development delays,” as photos and documentation of the situation for the suit needed to be completed before moving forward with construction, Gregory said in the email.