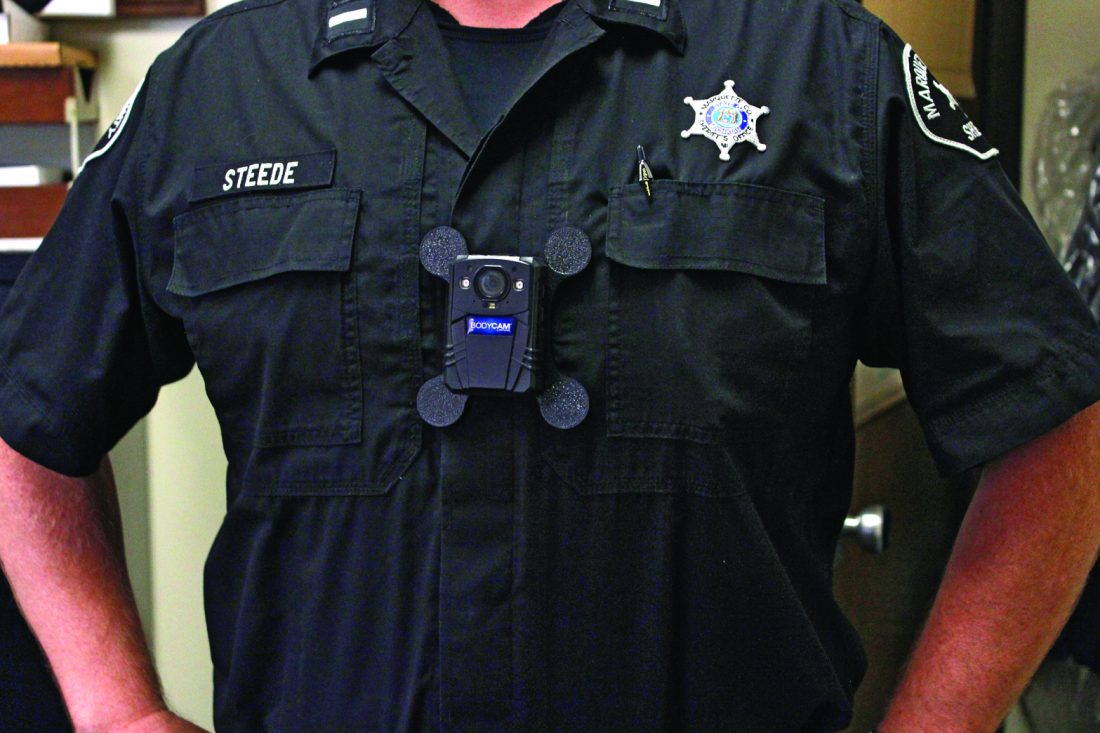 MARQUETTE — The corrections officers at the Marquette County Sheriff’s Office will join the fleet of law enforcement officers who record footage via body camera each day.

The body cameras were purchased for the corrections officers a few months ago, but more recently the department was awarded a Risk Avoidance Program grant from the Michigan Municipal Risk Management Authority in the amount of $16,754 to reimburse the county for half the cost of the cameras. The MMRMA provides RAP grants to help offset the costs of security equipment for law enforcement officers which help them to manage the risks they face on the job, said Marquette County Undersheriff Dan Willey.

“For an added layer of protection for the officers, for the county and for the inmates, we decided to go with body cameras,” Willey said.

The department was given body cameras to use for a year as a trial run before purchase and ultimately did decide to buy, but from a different company. Assistant jail administrator Brian Steede received bids from five companies before moving forward with a purchase of cameras from Pro-Vision, a Michigan-based video systems manufacturer.

“This was the cheapest, but we also felt that they offered everything we needed plus some that some of the other cameras didn’t,” Steede said. “One of the other reasons I like this is the county built their own server, so our video gets uploaded to a county server as opposed to it gets stored in the could somewhere and that was too costly.”

The cameras have video, audio and night vision capability, can take pictures, have an LED display screen on the back and have a battery life of 12 hours — the duration of a corrections officer’s shift. The cameras are worn on the front of the officers uniforms via a clip or powerful magnets.

“I just think it will increase safety and security for both the staff and the inmates,” Steede said. “We’ve used our cameras in the past to help people who have committed crimes like assaulting staff. The prosecutor’s office can use the footage to charge people with crimes. We can use it to interview inmates and capture that…”

The county jail does have video surveillance, but there are blind spots such as the elevator, which officers use to transport inmates. This is often where assaults occur. The cameras will help to mitigate this risk and add an extra layer of security to the jail, Willey said.

“Let’s say the inmate alleges the officer did something wrong. Well, let’s turn on the camera and see what’s recorded on camera,” Willey said. “It goes both ways. I think it protects the officer and the inmates and if we have a camera on and we’re recording things, we know exactly what happened. It’s just another tool to try to keep people safe.”