Upgrades to Sawyer OK’d by panel 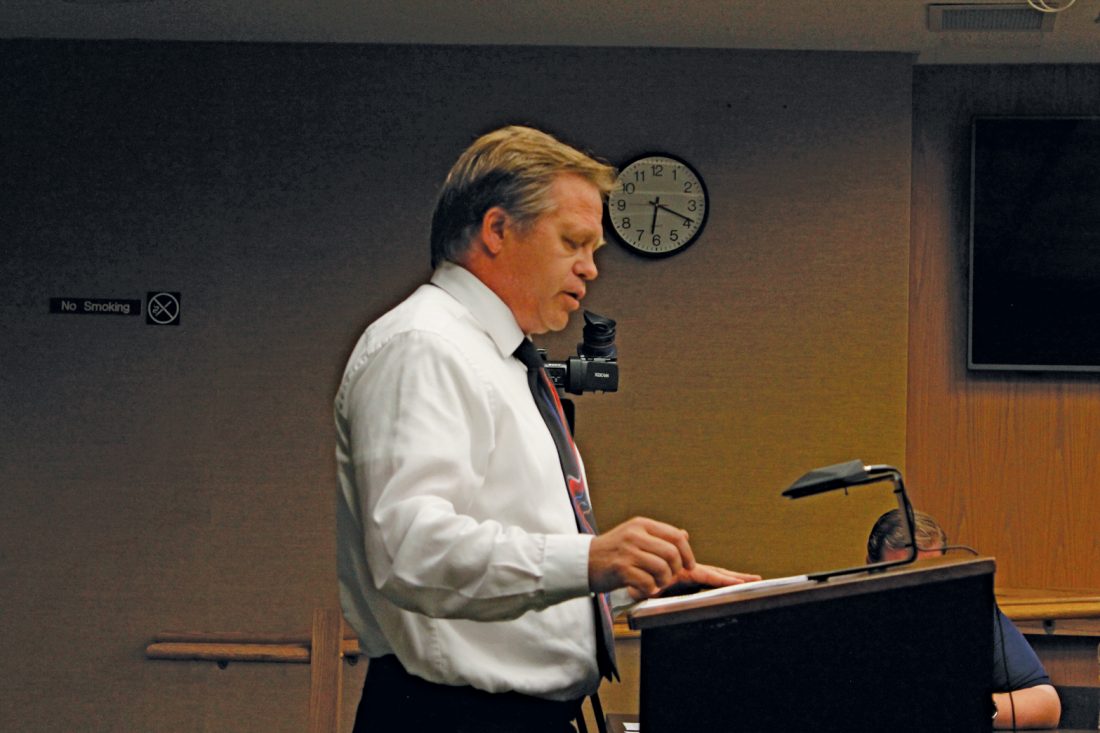 Sawyer International Airport Manager Duane DuRay addresses the Marquette County Board of Commissioners regarding the purchase of a snowplow for the airport during its meeting Monday. (Journal photo by Trinity Carey)

MARQUETTE — The Marquette County Board of Commissioners on Monday unanimously approved a $503,210 bid from Industrial Marketing of Gwinn for the purchase of a runway snowplow for Sawyer International Airport.

Commissioner Joe Derocha was absent from the meeting.

Engineering, design, operating and administrative fees raise the total cost of the project to $519,130.

A majority of funding for the truck will be provided by a Federal Aviation Administration 2019 Airport Improvement Program grant, leaving the county to cover just under $26,000 of the purchase.

Airport Manager Duane DuRay noted that the purchase of a new snowplow will help support the airport, which has some aging equipment.

The same plows, which are Oshkosh Airport Products, were purchased for the airport in 2003 and have reached 90,000 miles from clearing snow through the harsh Upper Peninsula winters, but are still working efficiently, DuRay said.

“We are slowly replacing the equipment again,” he said. “It speaks volumes to the manufacturer that it’s lasted this long with minimal issues operating it, but it is still something that we want to continue upgrading … so we don’t fall behind the eight ball when it comes to snow removal.”

Bids for other projects in the K.I. Sawyer area were also approved at the meeting.

A bid of $30,240 by M.J. VanDamme of Gwinn was unanimously approved for the replacement of 450 feet of irrigation pipeline at the Red Fox Run Golf Course.

“We’ve got 450 feet of pipe at the golf course that’s going bad,” Schenden said. “We patched some of it last summer, but we got another leak in there so we’re trying to get that fixed for the golf course. The work will be paid for by facility maintenance from Sawyer International Airport because the golf course is part of the airport layout plan.”

The golf course is managed by Geno Parlato and has been owned by the county since the closing of the Air Force base. Commissioners noted the success of the golf course and its benefit to the community.

“The people in south county use that golf course a lot,” said commissioner Bill Nordeen. “There’s a lot of events going on, there’s a lot of activity there. We’re very fortunate.”

A bid from Associated Constructors LLC in the amount of $121,500 for the replacement of 13 malfunctioning fire hydrants in Sawyer was also unanimously approved.

The project will be paid for through capital improvement funds from the K.I. Sawyer Water Department budget.

Schenden noted that once complete, all the residential fire hydrants in Sawyer will be fully functioning, but hydrants in the commercial areas will most likely need to be replaced next year as well.

The board unanimously approved a recommendation from airport staff to contract with GEI Consultants to complete the MDARD grant work and administration.