The benefits of biomimicry 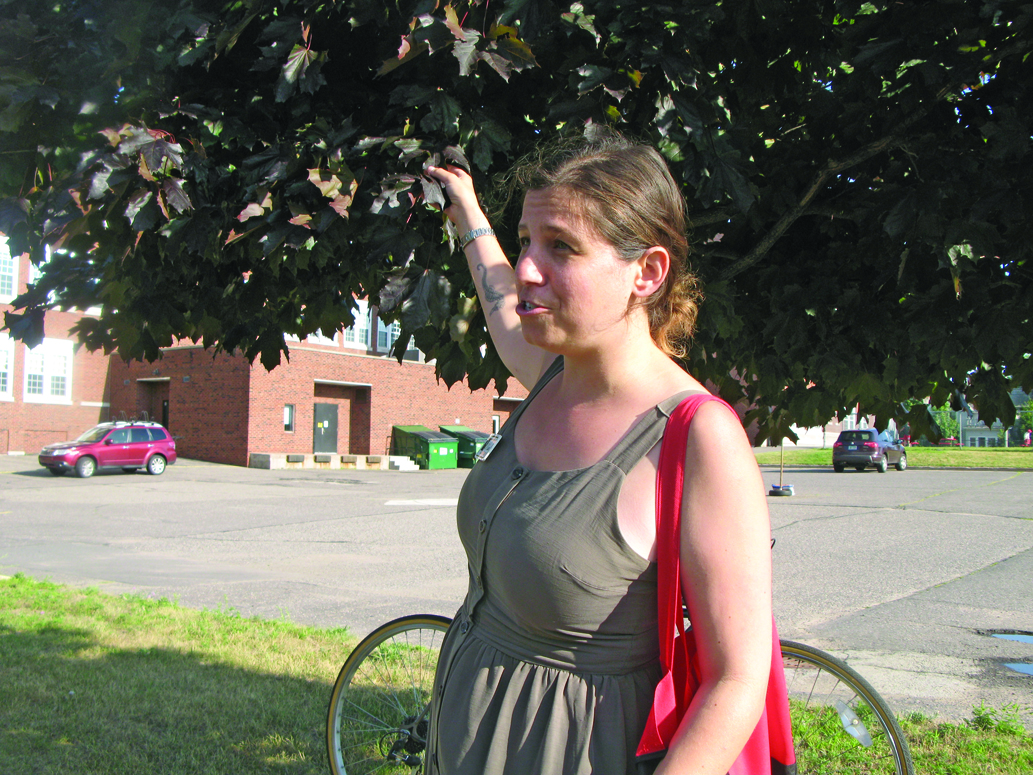 Daar spent about a decade traveling around the world doing market research and learning how to help companies develop products and services. That meant she came in contact with many designers.

“There’s a lot of issues with the way things are designed,” Daar said. “There’s a lot of people out there right now concerned about climate change, concerned about pollution, all of these issues, and really looking for solutions or ways to think about how to approach our human-design experience in a way that doesn’t harm but also can do more good.”

One main principle that can be applied to this approach, she said, concerns nature, which has adapted — and thrived — given the same conditions that people face.

Biomimicry is defined as a problem-solving approach that seeks sustainable solutions by learning from nature’s time-tested patterns and strategies.

“Anything we touch and work on, there’s probably an organism or an animal or plant out there that’s doing something that can help us learn to do it better,” Daar said.

Daar came across biomimicry when she was working on her thesis on waste solutions in New York City.

“In biomimicry, we can start anywhere,” she said, “but really the idea of the concept is that at some point in time we’re either scoping — thinking about what our problem is, what are we trying to solve?”

An example is an air conditioner.

So, when people approach building or space design, that opens up the question of how to create that cooling effect, she said, and it doesn’t have to involve creating an air-conditioning unit.

Thursday’s tour left from the UPLC office on West Hewitt Avenue and went around the block onto Front Street and Graveraet Elementary School.

It was a short trek, hiking-wise, but it afforded participants many chances to use their senses in studying tree leaves and needles, conifers and other natural items.

Sensory activities were important in the biomimicry walk, with hikers asked early in the walk to list all the dominant colors in one spot, with green, brown and blue topping the list.

Another activity paired off the hikers, with one person guiding another who’s eyes were closed. The object was to allow the “unseeing” person to experience a natural object by touching.

“It’s an easy pathway into starting to create questions,” she said.

The color of birch bark, she pointed out, reflects light while the bark layers keep moisture at bay during the winter.

“How could I apply that to my car, the outside of my patio — something I’m trying to protect that’s exposed to water and temperature in the winter?” Daar asked.

At Graveraet Elementary School during the walk, she pointed to the stem of a purple coneflower, wondering how the slender stalk could hold such a heavy seed head.

Could that show of strength be applied to the human world?

“Sometimes making a connection between the human design and what a plant is doing can help,” Daar said.

A type of plant called bottlebrush grass is found in Michigan and other parts of the United States. It resembles just that: a brush that would be used to clean the inside of a bottle.

Perhaps further study of its structure is warranted.

“Maybe I can improve the bottlebrush in my house,” Daar said.

Tom Moseley of Marquette, who attended the event, appeared to understand the biomimicry way and how organisms adapt.

“It’s pretty cool they know what to do,” Moseley said.

He also doesn’t believe nature is haphazard in its design.

“Everything is deliberate,” Moseley said. “Everything has a purpose.”