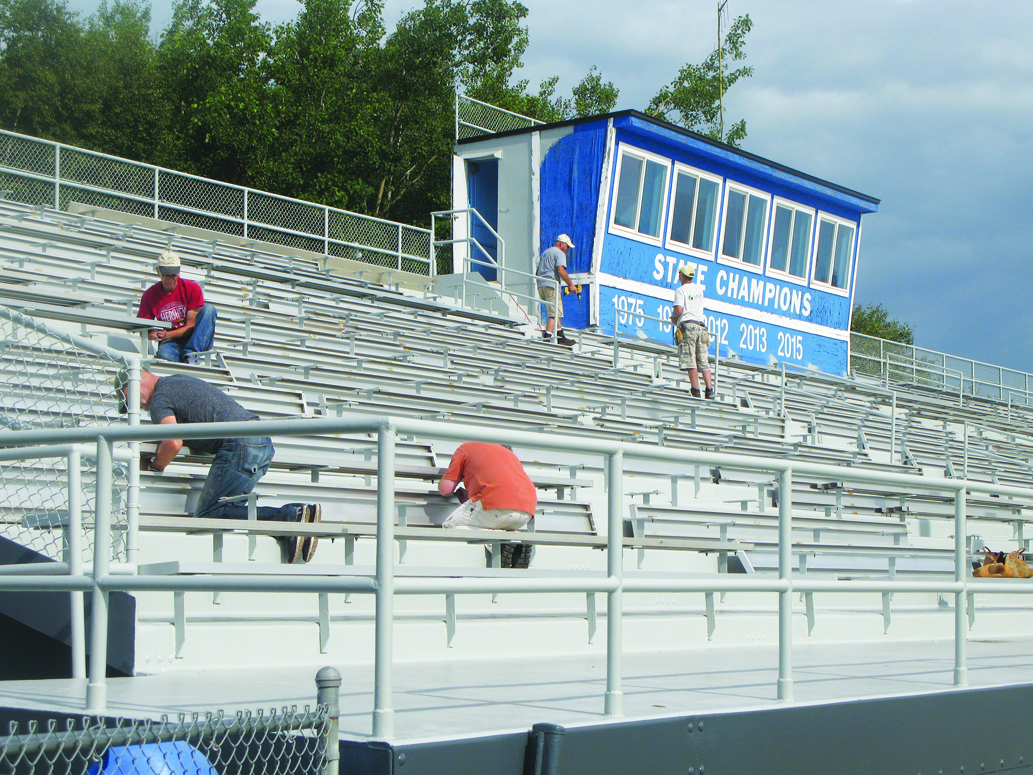 ISHPEMING — Ishpeming Public Schools is moving forward with its recently passed budget, but also is working on new and existing programs on its District Pride List.

Adopted on June 17 by the IPS Board of Education was the property tax millage rate of 18 mills, which will be levied on non-homestead property for operation purposes.

The budget includes the Alternative Education and Community Schools Cooperative Program between the Ishpeming, Negaunee and NICE school districts. The deficit will be attributed as follows: $267,663 to Ishpeming’s general operations and $29,917 to community schools.

“This year has been very hard because we have no direction from the state of Michigan on what we’re going to be receiving for state funding,” Meyer said.

“We’re hoping once we find the numbers that it’s going to look a little bit better,” said Meyer, who noted enrollment has been decreasing the last few years. “So, we planned for a decrease in students, but we’re looking a little bit better this year.”

Although increased student enrollment would help the district’s budget, Meyer said the district won’t know for sure until the first day of school “when you see who went somewhere else and who didn’t.”

That first day for IPS is Sept. 3.

Regardless of the unclear financial picture, Meyer is excited about the District Pride List, which notes notable programs at Birchview Elementary School, Ishpeming Middle School and Ishpeming High School.

For instance, a new Bookworms curriculum will be implemented this year at the elementary school, which also has a free Before and After the Bell program.

“We offer after-school activity time for parents that have to go work early or stay later, where we take care of the kids until they can get there to pick them up, and that’s until 5:30 every night,” Meyer said.

At the elementary and middle schools, a free breakfast and lunch are offered to students, she said, which is for all students — not just for students who qualify because of income level.

Meyer said the program is funded through the state of Michigan.

Another after-school program is the Musical Strings program, which Meyer noted will be continued for students in third through 12th grades

Robotics — an up-and-coming activity in many school curricula — is being implemented into the fourth grade and middle school, she said, with a robotics program having begun at the high school during the 2018-19 school year.

Other growing fields, cybersecurity and manufacturing, are being integrated in the school district as part of the Marshall Plan, which according to the state of Michigan website at michigan.gov will in part train 5,000 cybersecurity students for careers in information technology and computer science.

Meyer said cybersecurity, for example, will be part of the high school’s computer coding classes and the middle school computer classes, with teachers attending in-service training.

The community also is involved in helping the district, with close to $400,000 in scholarships awarded to the Class of 2019 — a figure Meyer called an “incredible amount” compared with other area schools.

The community’s involvement was on display Wednesday morning at the high school football stadium at the Ishpeming Playgrounds.

Football players and members of the school district’s Capital Campaign Committee gathered to finish work at the site.

“This is just one of the projects the committee has been working on,” committee member Dave Leverton said. “We’ve had the stadium power-washed, sand-blasted, repainted.”

The benches were removed prior to painting, he said, and now there are two aisles that are wider and have handrails, which were donated by a committee member.

“Those were added, welded on — also volunteer labor — and painted,” said Leverton, who pointed out the only cost came from painting.

Aesthetics and those hand-rails, he stressed, were important.

“The big thing, of course, is that it’s painted and that we added those hand-rails,” Leverton said. “It was a major thing. We had a lot of comments from folks who would prefer to sit up higher, especially older people.”

Without those hand-rails, he said, it was difficult for them to access higher seating.

Leverton said the Capital Campaign Committee has raised about $400,000 in the two or three years it’s existed. He estimated the cost of renovation work of just the stadium at $50,000.

“We’ve also spent about $20,000 on the football field here,” Leverton said. “It needed to be upgraded, so there’s leveling and seeding.”

The press box will soon will be redone, he said, but work already has taken place in the interior.

“Inside, it’s all been painted, carpeted,” Leverton said. “We added heat, new LED lights, and we’ve divided the space into three rooms instead of just one big room so that the announcers aren’t talking over each other.”

Again, he noted that was accomplished through Capital Campaign Committee money and almost entirely through volunteer labor.

For more information on Ishpeming Public Schools, visit its updated website at ishpemingschools.org.