From the Michigan Department of Natural Resources 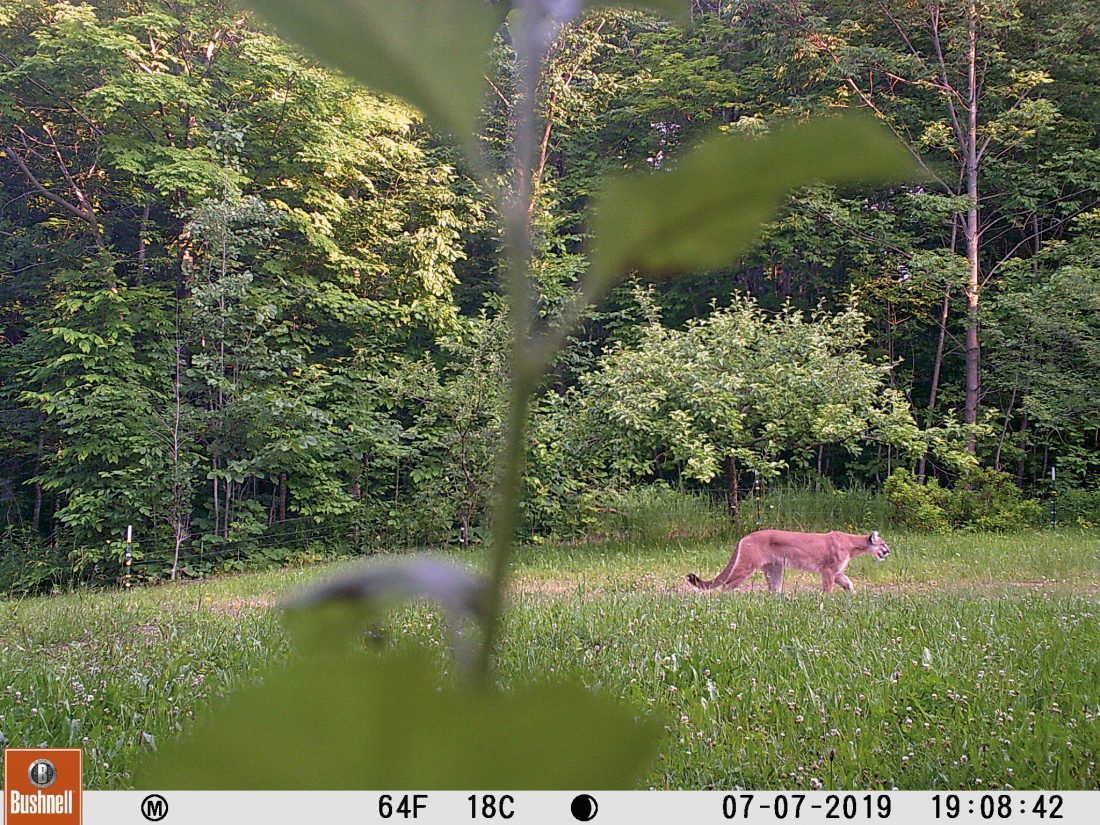 A game camera image from a landowner shows a cougar in Gogebic County. The cat was photographed July 7 in daylight hours northwest of Ironwood, in the far western portion of the Upper Peninsula. (Photo courtesy of the Michigan Department of Natural Resources)

IRONWOOD — A mountain lion image caught on a landowner’s trail camera in Gogebic County has been confirmed as the state’s 39th cougar report since 2008.

The cat was photographed July 7 in daylight hours northwest of Ironwood, in the far western portion of the Upper Peninsula.

“This is very close to where a cougar was documented on a Deer Movement Study trail camera last year,” said Cody Norton, a large carnivore specialist with the Bear and Wolf Program of the Michigan Department of Natural Resources, in a news release.

Since 2008, the DNR has now confirmed 39 cougar reports with all but one of those occurring in the Upper Peninsula. In some cases, these reports may include multiple sightings of the same cougar, not necessarily 39 individual animals.

So far, there remains no conclusive evidence of a Michigan breeding population of mountain lions. Cougars are an endangered species in Michigan protected by law.

“With an average of three confirmed cougar reports in each of the past 12 years, these animals remain rare in the Upper Peninsula,” Norton said.

That fact was illustrated last year with the image captured on the DNR game camera. It marked the first time the department had caught a cougar on more than three million game camera images collected since 2009.

DNR researchers use game cameras in its Quantifying Upper Peninsula Deer Movements and Abundance, predator-prey and bear studies. The deer movement study alone uses 50 game cameras in the western U.P., including the one in Ironwood Township that caught the images of the cougar at 7:15 p.m. Oct. 1, 2018.

Michigan cougar confirmations have been derived from trail camera video, photographs, tracks, scat or in the case of two male cats, poached carcasses.

Previous genetic testing on tissue samples from those two cougars poached in the U.P. showed the two animals likely came from a population found generally in South Dakota, Wyoming and northwest Nebraska.

This research matched a hypothesis held by DNR wildlife biologists that mountain lions documented in this region were males looking to establish territories, dispersing from a population west of Michigan, east of the Rocky Mountains.

According to the U.S. Fish and Wildlife Service, cougars were once the most widely distributed land animal in the Western Hemisphere but have been eliminated from about two-thirds of their historic range.

At one time, cougars lived in every eastern state in a variety of habitats including coastal marshes, mountains and forests. They were native to Michigan but were trapped and hunted from the state around the turn of the 20th century.

To learn more about cougars in Michigan, visit michigan.gov/cougars. 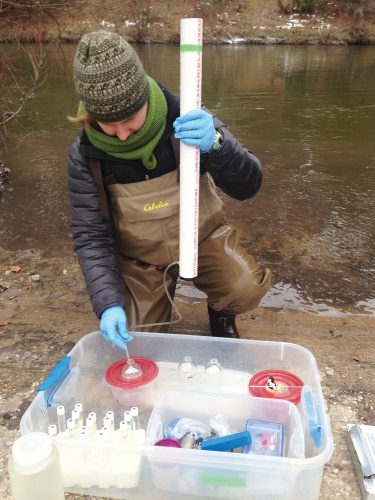 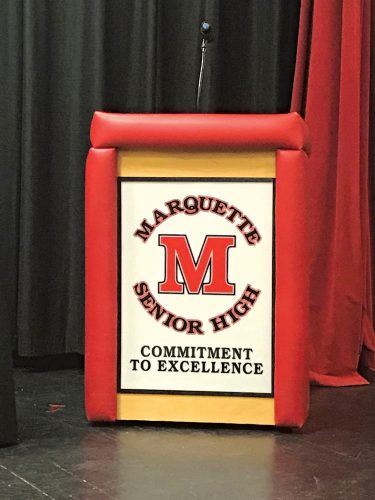